Anodyne 2 Is one of the Most Wholesome Games of 2019

Both Anodyne and Anodyne 2 appear to have the trappings of the standard “indie game”: whether it is copying the isometric perspective of 8-bit titles to a basic 3D platformer. Dig a little deeper, and you’ll find a game that can be charming, disturbing; and is one of the best embodiments of the mantra of indie development — creating the game you want to make.

The core gameplay of Anodyne follows Nova — a being born to clean up dust, which in this universe poisons and corrupts people. Armed with the power to enter people and a dust cleaner, it’s her job to explore the world to find people in need of help and push back against the corrupting forces of the dust.

The game is split between 3D and 2D design. Exploring the world takes place in a 3D environment made to emulate the look and feel of early 3D platforming. Anyone who has played a PlayStation One platformer should feel right at home. 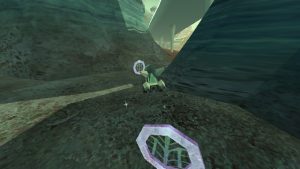 the game has a unique look all its own

When it’s time to enter people, the game switches to an 8-bit style right out of The Legend of Zelda (and Anodyne 1) for exploration. Each dungeon has a unique twist, but the idea is to reach a dust crystal to purify it and save the person.

As with the first game, a lot of what it means to play the game is hidden under the surface, and we’ll come back to that point in a minute, as there’s one other detail I want to discuss.

Anodyne 2 is one of those titles that best embodies the passion of indie development. While it may not look it at first glance, both Sean and Marina put everything they could into the design of the game. The game has a habit of breaking its own rules and going into some weird places. There is this charm to Anodyne 2 that we don’t see from a lot of titles.

While story details would be considered spoilers for this piece, the plot has a great message about learning to about yourself and what you want out of life. If you only play Anodyne 2 for a few minutes or just long enough to review it, you may miss the heart of the game. The game reminds me a lot about Undertale in its design and characterization of the NPCs. 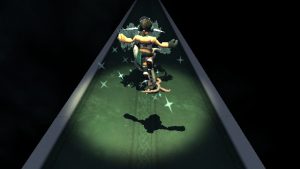 The story and characters are at the forefront of the game

The game’s pacing was deliberately designed to be a slow burner of you exploring for cards and dust that are used to unlock the next set of areas. While the gamespace is vast, it’s also mostly empty.

With that said, Anodyne 2’s design does have a few issues to it that people may not be able to get past.

As we talked about further up, Anodyne 2 was designed around this deliberate pacing, and while that may help from a narrative point of view, it also causes some frustration points in the gameplay.

For those hoping that the gameplay would grow over the course of the game, it stays relatively consistent. As with the first one, there are several areas that the game just leaves it up to the player in order to figure out where to go next with no hints or guidance. There is a help guide and walkthrough available from the developers if you need it.

All in all, this is a game that is story first, gameplay second. One element that can be frustrating is having to return to the same area to deposit cards and dust which can take several minutes at a time. The 3D platforming is good, but does get repetitive over time. The times where the game messes with the formula or has a boss fight are great, but those are few and far between.

A lot of the twists to the game don’t impact the gameplay, with the only exception being the introduction of collectibles that unlock behind the scenes stuff.

Anodyne 2 is not going to be the best indie game from a storytelling or gameplay perspective this year, but it’s one of those games that is greater than the sum of its parts. If you’re looking for a title that really represents the passion and creativity out of the indie space — and don’t mind the retro look and feel — then you’re going to enjoy Anodyne 2.

The Rise and Fall of Episodic Storytelling