After a long development on Early Access, Gaslamp Games’ second title Clockwork Empires is finally here.  While it still shows the promise of a steampunk-lovecraft city builder, there have been some changes to the plan.

The story of Clockwork Empires finds you as the leader of a settlement designed to stake a claim for the Clockwork Empire in the wilderness. You need to take care of your settlers and make sure they’re happy, healthy, and not going insane.

CE is set up similar to games like Prison Architect and Dwarf Fortress by the fact that you don’t control anyone directly. Your settlers are split between the lower, middle and upper class. The lower class is assigned to the middle class/overseers, while the upper class sit in their fancy homes and look like they’re doing something. 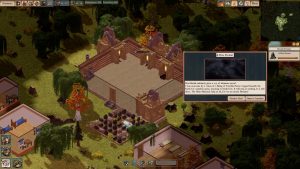 Overseers are the only group that you can assign orders to and set them up in workshops. The progression model starts with setting up a colony with the bare essentials for your lower and middle-class people.

Eventually, you’ll be able to add in better equipment and set yourself up with technological marvels to defend your colony.

Keeping everyone going is the main challenge of Clockwork Empires, as there are a lot of ways for things to go horribly wrong.

Bump in the Night:

Similar to the Sims and city builders like Tropico, your people have different wants, needs and personality traits to manage.  After the honeymoon period of setting up a new colony is over, you’ll need to keep them happy.

Different classes will want different tiers of food and housing, and you’ll need to work at making your colony self sustained. Bandits, wildlife and fish people are out in the wilderness to cause trouble.

The biggest threat to your colony can come from within. If your people are pushed too far by the strange sights of the frontier, they may go insane. When they break, there is the chance that they may form a cult to worship one of the Elder Gods. Let it go too far, and you may end up having a summoning ritual take place to bring “something” to our world. 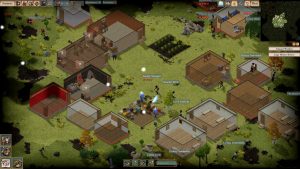 If you’re not careful the sky could actually fall.

Your colony’s size is also used for progression in picking new starting areas for future plays. Harder areas will give you different starting load-outs and affect what you’re able to harvest from the land.

Clockwork Empires has grown dramatically over its early access period, but it can’t escape the problems it has had since the start.

Clockwork Empires’ Early Access has been about Gaslamp finding the balance and progression model for the game’s design. The early game was altered a lot with the use of resources. At some points it was harder to get going; other times it became very easy. The developer logs about the growth of CE would be awesome to examine.

While they have gotten things down, it’s left them without the time to fix the one major problem with Clockwork Empires’ design: The Mid to Late game. Just like Prison Architect, Clockwork Empires doesn’t have an end-game. 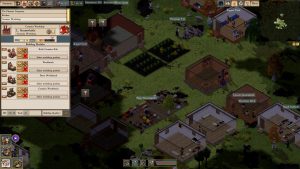 While work has been done to the UI, the game still feels cumbersome at parts

You are supposed to play until you lose or you want to start over in a new setting. To CE’s credit, the different starting positions do give it more replay value compared to Prison Architect in that front.

The problem is that there just aren’t enough differences or advanced mechanics to make each game different.

The concept of using Lovecraftian items to grow your colony at a cost has been downplayed. Reaching a point of stability isn’t that hard, and there’s very little motivation to expand.

Both Prison Architect and Rimworld give you multiple systems and goals to shoot for, and then allow you to grow accordingly. The systems in Clockwork Empires just don’t come together in a way that let you get creative with your colony building. For instance, I completely ignored the foreign office and I’m not seeing any benefits or drawbacks associated with it.

One of the big draws of Prison Architect was the ability to see how well you could manage an ever escalating situation of prisoners to guards. This helped to add challenge and provide you with more things to deal with. Clockwork Empires simply doesn’t reach that point.

The main point of playing games like this is creating something that works like clockwork (no pun intended) instead of a bunch of separate systems, and Clockwork Empires still feels disjointed in this front.

There are also remaining problems that are still in the game as of 1.0. The UI, despite getting a lot of work, still feels cumbersome to me. The developers have been trying to make it more accessible at the expense of providing expert tools. Managing your different workshops and making sure they are producing the right goods is very tedious. The reason is that you can only assign one product to one crafting module; even if you have multiple copies. 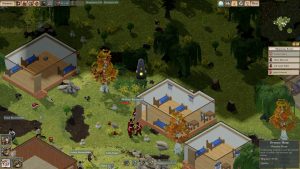 Bandits, factions and whatever the heck that thing is, can all ruin your day

Unlike other city builders where things come together as you grow, Clockwork Empires just adds more plates to keep spinning in the air.

If they want the game to be more accessible, there needs to be more forms of automation to reduce the tedium.

You military also suffers in terms of poor AI and that damn tedium popping up. The limit of four laborers to a workshop makes it very hard to have an effective military. Your troops will rush at enemies and there is no way to control who shoots what. Meaning, the safety of your colony is left to the AI.

Despite having different personality quirks and skills, your colonists never give you a reason to really pay attention to them. Colonist growth is one of the areas that have been missed in terms of fleshing out the design. Outside of improving at their chosen profession, there is no sense of growth to them over the course of playing.

The buildings in the game just lack a sense of personality to them. This is due to no interaction between colonists and build-able modules. Outside of production modules, the majority of modules simply increase building quality without impacting the colonists. There’s no way to customize the workshops or make any decisions with how they’re built or ran.

You could build a house for your laborers with tables, bookshelves and art, and they will not respond or interact with any of them. The other point of games like this is to watch your people live their lives in your town.

It would have been more interesting to have special modules that can customize the workshops in different ways. Not only would this add more choices, but would allow you to run things differently with each playthrough.

The game also is still suffering in the bug department. I’ve seen cases where the engine doesn’t properly render the floor, buildings hovering in mid air and other weirdness. To be fair, Clockwork Empires is one of only a few city builders to go the 3D route; requiring more work on the engine to get it working. Given all the work they’ve done, I’m sure they will get these fixed at some point.

I know that I’m coming off very negative towards Clockwork Empires. This has been my most anticipated game for the last two years, and one that I’ve been following every month. The foundation is definitely there to be an amazing 3D city builder/colony simulator, but the game isn’t at that point yet.

This is a game that makes it very hard to love it in its current state. We have a game that in one year from now could be a fantastic city builder.  However, as I always say, I can’t review a game on what could happen after release. There’s nothing that I would say is “horrible” or “bad” about the game now, but there’s not much here for anyone but the most harden of city builder fans.

For more on Clockwork Empires, you can check out my let’s play of it.