Frostpunk has been a game that I’ve been wanting to put my thoughts into words about for some time, and with the hottest summer to date winding down, what better time to talk about a game dealing with the brutal cold. While it may look like a city builder, this is a survival game first and foremost, and a deconstruction of the genre.

The concept of Frostpunk is a simple one, the world is stuck in an endless winter and has led to the end of mankind. The remaining groups of people have joined together to form expeditions to safe havens along with a massive thermal generator will hopefully fight back the cold.

While the game does have an endless mode (and more content coming in DLC), the main experience of the game is about the scenarios. Each scenario requires the player to perform a long-ended task in order to achieve victory. While the win state is very clear, how you survive long enough to do that is up to you, and that is where the game gets hard.

A key element of city builders by their design is about reaching a point of stabilization. Due to the mechanical nature of the functions of your city, the best players of a city builder can reach a state where they could literally get up and go away and their city would be fine. Frostpunk goes in the complete opposite direction, and as I mentioned at the start is about survival.

You are not supposed to thrive in a scenario of Frostpunk, in fact everyone who plays the game is doomed to fail from the very first second. The reason is that there is nothing sustainable about the cities in the game, alongside the fact that the maps are handmade and limited in resources. People need warmth and power provided by the generator in order to survive, and your generator requires a constant input of coal as fuel.

Running out of coal and having your people freeze to death is perhaps the first fail state you’ll run into, but not the last. You could run out of food, as you need to send out hunting parties every night to make sure there is enough food to be cooked during the day. 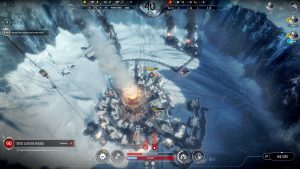 there’s only one way to win, but many ways to fail

But wait, your people aren’t immune to the cold and they can get sick or injured while working. Every able-bodied person is a resource that can be lost forever if they become too ill to work or die.

Speaking of the cold, every scenario is built around a day/night cycle, and as the days go on the area will get colder. Not only are you in a battle to keep the furnace going and food prepared, but you must also outpace the cold with upgrades to your engine and setting up heating around your base camp.

Said upgrades require you to spend your resources researching them, which can be hard if your researchers and educated worker pool aren’t able to work. With all these timers ticking down, you still must push towards the objective of the scenario before you’re not able to continue anymore.

This does present a problem with Frostpunks’ design that we’ll come back to, but there is one other aspect I want to touch on.

11 Bit Studios is no stranger to making game mechanics built on morality choices, as they were the designers of This War of Mine. Besides managing the overall resources of your settlement, you need to keep your people’s morale high. The game tracks the discontent and morale of your people — if the former fills up or you lose the latter, you’re done.

Besides the obvious: “people dying makes everyone sad,” you will have to make choices on how your settlement grows in the book of laws. The book represents a series of edicts that is dependent on the scenario you’re running. There are two twists that make Frostpunk’s morality choices different from other games.

When a random event comes up forcing you to try and appease people, it is worse to promise something and fail than it is to say that you can’t do it in the first place. Many games built on morality choices tend to let the player exploit the limited AI of characters or always choosing the “good option.” Here, you need to “put up or shut up” or you’ll end up doing more harm in the long run.

The other point is that the book of laws features many edicts that you must decide one way or the other on, and once you do, there is no going back. If you decide to have children work in your labor buildings or don’t provide housing for the sick, you can’t change your mind if your people get upset with you. 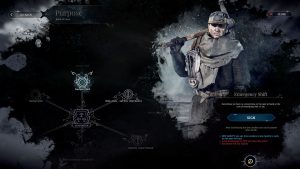 morality and gameplay choices come together in Frostpunk

These choices work deviously within the rules of the game. Remember, your mission is to complete your goal, the settlement is simply there to facilitate that. Winning the scenario with your people miserable and barely alive is the same victory as winning if they were happy, but the player doesn’t see that.

The game does a great job of presenting choices forcing the player to do the right thing for the wrong reasons or vice versa.

With all that said, the issue that Frostpunk has from a design point of view is an analogy to the game itself.

Almost every city builder has a limit of how much you can reasonably get out of it from a gameplay point of view. There are only so many ways you can build a self-sustaining city, or just a theme/gimmick one. Due to the mechanical nature, what works one time will work every time. This was a problem that the game Banished had as well. While it started off harder than other city builders, once you figured out its quirks, the game became repetitive.

Frostpunk has the same issue but is even more constrained. Each scenario features a handmade map, but the events that can come up are loosely randomized. When you combine set resources with a fixed goal, it means that there is a “best” way of winning each scenario.

The freeform nature that we see in other city builders like SimCity and Cities Skylines is not present in Frostpunk. In this regard, learning the scenarios is more akin to figuring out a puzzle than it is playing the game organically.

Again, from the word “go” you are on a timer to either winning or losing the scenario. There is no adapting or reactionary gameplay to winning Frostpunk: You must have a game plan going in or you will fail every time.

Case in point: In the first scenario you will always have a storm occur on day 4 of your run. At that point, if you do not have access to heaters, several of your basic service buildings will become nonfunctional. If that happens, you’ll run the risk of people starving to death and not having access to essential services. 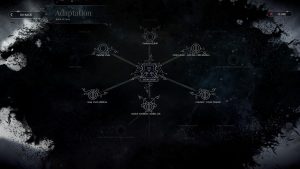 On one hand, this is presenting the brutal nature of the world depicted in the game, but it’s not the gameplay loop that we see from city builders. I can’t help but think that the game could have used an additional reward system – like a trophy room system – to motivate players to learn and figure out the scenarios.

Since the game’s release, an endless mode has been added and a recent announcement revealed a season pass of potentially game-changing DLC, and I have not had a chance to sit down with endless mode yet.

For me, I want to see more city building design that goes away from the traditions of the genre. I’m interested in trying out both Cliff Empire and Dawn of Man who aren’t played as tradition city builders. The tough problem is always straddling that line between the sandbox and constructed nature of this genre.

For you reading this: Do you prefer city builders built on a specific focus or design like Frostpunk, or city builders like SimCity that are more open-ended in their approach?

If you enjoyed this post and want to talk design with me, the Game-Wisdom Discord is open to all

Pre-Orders Are Available for my second Book

Accessibility vs Playability in Game Design