Killing Floor 2 is the follow-up to the popular mod turned full game Killing Floor. Developer Tripwire Interactive has spent the last few years working on the sequel and taking it to Early Access. With the game finally out, we have a title that is blast from the past, but kind of ends with a whimper.

As with the first game, the story is that the world is under siege from undead creatures called ZEDs. You play as a mercenary whose job it is to take them out in a series of waves. Just like Killing Floor, you can dress up your characters with various cosmetic accessories.

You can choose from different wave lengths and difficulties that determine the variety and strength of the enemy. You and your team will have to survive each wave and then book it to the arms dealer to resupply. At the end of each game, your team will face off against one of two possible boss fights currently in the game. 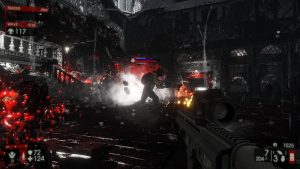 Horde-based shooting is the name of the game

The first thing you’ll notice from the original Killing Floor are the enhanced graphics. The new Unreal 3 Engine looks amazing and their deformations are particularly gory. As with the first game, there is a progression system to reward all your bloodshed.

Killing Floor 2 has different perks available for you to play. Each one has different bonuses on level up and a preferred class of weapons to use (with exception to the scavenger). At every five levels, you’ll unlock one of two enhanced perks that you can equip to your character.

More importantly, each level up will enhance your base damage and other attributes. You literally can’t survive on the higher difficulties without having the bonuses to damage and a well prepared team.

The system is a good start, but is noticeably basic compared to other games. With only two choices every five levels, you really don’t get the ability to fine-tune your playstyle. It almost feels like there should have been fewer classes with more options to personalize your play: A support class, explosives/fire, a melee and a military one. 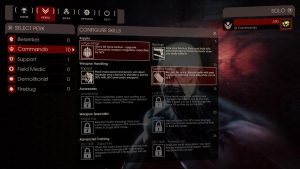 The perk system is a good idea, but a limited one

Without a variety of persistence, Killing Floor 2 becomes very repetitive and takes me to my main problem with the game.

Been There, Killed That:

Killing Floor 2’s gameplay doesn’t feel all that different from the first game. Since the original mod was released, there have been many games with evolved and elevated mechanics. Killing Floor 2’s only innovation is a PvP-based mode.

There just isn’t anything new to discover in the game and everything feels lacking in the content department. It needs to be mentioned that the game does have a full economy system with micro transactions that you can buy new cosmetic items.

Given the amount of time in Early Access, I was expecting more growth in terms of reasons to play, challenges, and enemy design. As I mentioned, the class design doesn’t provide the players with a huge amount of depth.

From what I’ve seen, matches tend to focus on a medic, demolitionist, berserker and firebug. It’s not good design that everyone goes for those classes above all else, as they have the best in terms of utility and helping the team out. The leveling feels like an arbitrary way of locking the players from doing the higher difficulties instead of providing more variety. 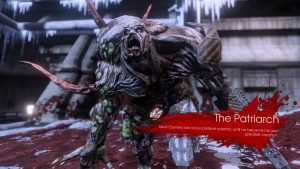 The game needs more variety in terms of situations and enemies

I like the redesigns of the boss fights that give them a bit more strategy, but that kind of thinking should have been extended out towards the maps and regular enemies as well.

The maps themselves lack any real sense of personality; one hallway that you camp will be just the same as any other hallway.

Killing Floor 2 is an exciting 30 minutes of play that quickly gets tiresome. The original game was heavily supported after release, and I assume the same will happen here. If you have friends looking to relax with a horde of ZEDs, Killing Floor 2 is a great game. Unfortunately there just isn’t enough meat here for a sustained experience at this time.

A Critical Thought on Persistence Mechanics