Zachtronics continues its domination of the programming/puzzle market with their latest game SHENZHEN IO. While the game is currently in Early Access, the design is all done, and just like advanced play of their games, all that’s left is refinement.

And also just like their previous works, this is a game that you will either love or hate, depending on what you think of programming.

Normally, this is where for early access titles that I give a disclaimer about the game being on Early Access and that this would be a spotlight piece. However, just like with TIS-100, SHENZHEN IO’s gameplay is on full display to see and examine.

You play as an engineer who has moved to Shenzhen, China to work at a manufacturing company. The game is about you logging into your work terminal to take on projects from the other members of the company.

While the rules are simple, the gameplay is anything but. Each task requires you to design and code the circuitry for a specific device. Within each device, you must make use of different parts that you will code. Each part in the game has its own features, with more added as you play. 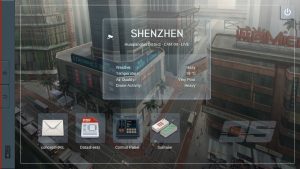 The game is played through your own “work terminal.”

The common element is the programming that you must do. As with TIS-100, SHENZHEN IO features its own take on assembly language programming.

For programmers or people used to programming logic, you’ll be right at home for the most part.

Zach has put in unique rules and constraints to the programming language here that can easily catch programmers off guard. I would tell you some examples, but I’m not a programmer by trade, and can only go by my programming buddies.

After each task, you’ll be graded based on your solution and ranked among your friends.  While the rules don’t change, the programming logic needed will grow with each new puzzle. For those of you not knowledgeable on programming, Zach has once again got you covered on that front.

Just like TIS-100, SHENZHEN IO comes complete with its own work manual. The game’s manual was designed to be like a company handbook; complete with your job application. You’ll find everything about the logic, parts, and history of the company here.

For people who bought the physical edition, you’d get everything sent to you in a lovely work binder. The manual is where you will either figure everything out about SHENZHEN IO, or head for the unemployment line.

There are no in-game tutorials; with only the starting puzzle having any code to see. Instead, you’ll need to rely on the examples in the manual to figure out how things work. Just like Zachtronic’s previous games, this is all about you learning the game. 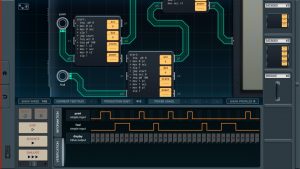 Get stuck at a puzzle, and the game will not provide you with any help

Because of that, there really isn’t a difficulty curve in the same way as other games. If you grasp the concepts and logic fast, you’ll blow through the puzzles pretty easily.

Mastering the game further is all about taking your solutions and refining them down as much as possible. Get stuck, and unless you have a programmer on standby, you’re going to be there for awhile.

Hard at Work or Hardly Working:

SHENZHEN IO is one of those games that can be hard to recommend thanks to its niche design. There really isn’t anything on the market to compare it to; unless you count previous games from Zachtronics.

The best suggestion I have is to watch a video of the game (like my starter guide). If the game hooks you, then you’re going to find something that you can really dig into. And for the people who really, really get into the game, there is the option to program and design your own basic handheld games.

Zachtronics continues their work at turning programming into games, and while it may not turn you into a full-fledged programmer, this is as good a place as any to start learning the foundation and principles.