You play as a disembodied head of a hydral from one of Arcen’s previous games. Your mission is to explore a massive structure called the megalith that is lodged in a star to find out what’s going on and rescue a mysterious AI. At the start of a play, you’ll choose a mech body that dictates starting stats, weapons and a special effect in some cases. On first look, Starward Rogue appears to be a sci-fi take on The Binding of Isaac. Both games are about exploring randomly generated floors while finding upgrades and killing enemies.

The big difference is that while Isaac took its cues from action-adventure games like Zelda, Starward Rogue leans more towards the bullet-hell side of things. Enemies come in all shapes and sizes, with different shot patterns to learn and avoid. At the end of each floor, you’ll run into one of the game’s many bosses that are randomly selected for each floor. All the while, you will find upgrades, new items and weapons and hopefully build yourself up to the point to take on the final boss.

As I said further up, Starward Rogue is definitely a different game from Arcen, and is their most action-heavy title since A Valley without Wind. What’s interesting is how it relates to The Binding of Isaac, and how it does some things better and worse compared to it.

The big difference again between Starward Rogue and the Binding of Isaac has to be the bullet-hell focus of the former. The different shot patterns all add up to a very hectic experience and makes the game a lot faster-paced than Isaac. I like how the game further adds randomization by the fact that you pick one of three random upgrades at each level up. 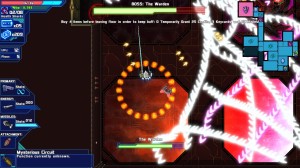 Fans of shumps will be right at home here; with multiple shot patterns to learn and avoid

Similar to Isaac, your starting character will have a major impact on your play, but it’s going to be the items themselves that will make or break you.

With that said, Starward Rogue does falter in some areas compared to Isaac. The first one is in aesthetics design, even though the game features a very clean look to it.

The problem is that the enemies don’t really stand out or make an impression compared to Isaac; which is partly due to Isaac’s unique art style.

When you see an enemy in Isaac, you know immediately what it is, how it attacks and have a good idea of when it will attack you. In Starward Rogue, all the enemies have no distinguishing features or animations; making it very hard to see when they’re about to attack you.

Starward Rogue also has larger level layouts compared to Isaac, but this is a mixed blessing. While the rooms are bigger and more varied, it’s very easy to lose enemies in the larger rooms, only to have shots come from off screen to hit you before you can react.

Another area that hurts the game is the lack of item and weapon synergy. I’ve spoken about my love of Isaac’s design in the past, and one major area is in item design. What they did was make every item act as some kind of a modifier; in turn, each item builds upon each other to create various synergies that make each run different. I’m just not finding that in Starward Rogue, as it seems like primary weapon upgrades and changes are very rare compared to passive bonuses and modules. 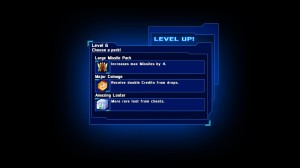 The game features many rogue-like elements thanks to random items, upgrades and floor layouts

One thing that may or may not be a deal breaker for you is that the bullet-hell elements really do get crazy as you progress. If you’re not a fan of bullet-hell shooters and the pixel perfect requirement to dodge attacks, Starward Rogue may be on the hard side for you.

As a fan of The Binding of Isaac, I am used to bullet-hell elements, but again, this is a completely different game compared to Arcen’s previous titles.

Nail on the Head:

Starward Rogue is an interesting attempt to move into the action genre from Arcen Games, and it mostly works. As with previous Arcen titles, they are planning on supporting and adding more content depending on how it does and I hope that it does well for them. Similar to The Binding of Isaac, this is a great foundation for more content and the game is just different enough to make it stand out from Isaac. For more on Starward Rogue, you can check out my video spotlight showcasing an entire run of the game.

The Darkest Dungeon: Let’s Get Crazy