The Fall developed by Over the Moon may look similar to my favorite game of 2014 The Swapper, from mysterious surrounding, puzzle gameplay and a mysterious protagonist. But an interesting story and surprisingly action gameplay helps set it apart. I just wish that this drop wasn’t more than a tiny leap.

You play as ARID, the AI of a highly advanced combat suit. She has been programmed to protect the pilot of the suit who is unconscious as the suit careens into a deserted planet. With ARID in complete control of the suit, it’s up to her to explore and find a way to revive the pilot by any means necessary.

Doing so will require a mix of both action and adventure gameplay. Your gun’s flashlight essentially acts as a pointer for examining objects which some can be picked up and used. When enemies attack, you can make use of cover to avoid damage while trying to finish them off.

The puzzles aren’t that bad and are simple combination puzzles. While some may seem confusing at first, logic wins out in the end. Speaking of logic, the dark story was great as ARID throughout the game is a cold logical AI, willing to do anything to fulfill her one goal.

The concept of following the rules that are assigned to you and what happens when you break them are explored throughout the game. And while the story does end in a way that I’m sure most of you will figure out before hand, it’s what happens up to that point and to the small cast of characters that will keep you playing to the end. 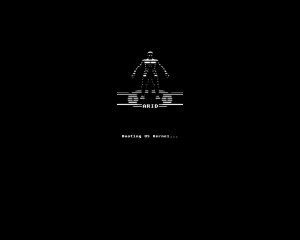 The Fall frequently goes into a DOS style to help show things from the AI’s perspective.

Unfortunately while The Fall does make great use of its story and art, the gameplay feels a bit convoluted thanks to some clunky controls.

The controls for The Fall never reached a point of being comfortable, even with using an Xbox 360 gamepad. Using the analog stick to aim your gun and flashlight was hard to make minute changes.

The game talked about being able to make stealth kills but instead of giving the gamepad command, it gave me the keyboard and I could never figure out how to do it, even with pushing the keyboard button. There were cases where the character would continue moving or not respond to button presses after certain commands.

The puzzle solving did become annoying due to having to rely on the flashlight. There were several puzzle solutions that I missed because I didn’t properly shine my flashlight on the correct hotspot. And lastly the game’s length was very short, being just about three hours of play.

While The Swapper was just about that length, it did manage to tell a complete story. The Fall however ends with a cliffhanger that at the time of development, it was unsure if they were going to continue the series. According to the dev on the steam forum, they have made enough to continue part 2 and apparently part 3 so that’s good. 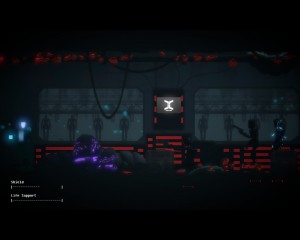 The graphics are clean but generally keep to very dark colors.

The Fall was an interesting game with a great plot somewhat marred by clunky controls.

Hopefully now with part 2 and 3 being worked on, they can improve things and make the series rise instead of plummet.

Tags: adventure games, Over The Moon, The Fall

The Grey Area of Game Journalism