The Danger of Devaluing Video Games

The Game Industry has grown considerably over the last decade thanks to the growing Indie market and sales that have allowed money to be spread around. While this has been a positive to consumers, the growing opinion of devaluing video games is not healthy for the industry.

There has always been the great debate regarding whether video games are art or simply products. Many consumers view games akin to technology or cars: The second you start using it, the value decreases. In turn, they treat every video game as a universal product.

The older the game is, then why shouldn’t it go down in price? In the past we’ve talked about the optimal selling window for video games being around 30-45 days from release. Once that window is up, it’s common belief for that game to depreciate; through sales or a price reduction.

While this is a positive for consumers wanting to play more games, it has created an entitled attitude regarding game value.

Like most consumers, fans of the game industry have become price conscious over the years. Every site these days have frequent sales or simply price drops on popular games. The allure of spending full price on a game took a major blow when quantity was no longer a factor.

Now that consumers know of the sale seasons for video games, it’s even harder to get them to spend. Why should someone spend $30 on a video game now, when they can expect to get it for far less in a few months’ time?

While waiting for a sale is a popular option for consumers, we have seen cases of consumers demanding or insulting developers who do not use regular sales. This has created a thin line for developers to walk who are dedicating their time to a long-term project. How do you price your game so it’s high enough to have a chance at earning a profit, but still low enough not to turn everyone off?

Certain genres and companies have done what they can to fight off depreciating game prices. Nintendo and Blizzard both manage to keep their game prices high, because of the relatively low number of main games they put out.

Another take would be the EA sports lineup and Call of Duty franchises. Even though they release games annually, they’re still priced at full retail. The reason is that despite so many games in the series, they are the only ones who are making that specific kind of game; allowing them to retain value through exclusivity. 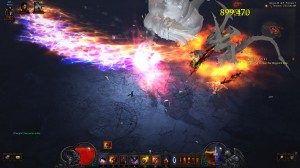 The same exclusivity can be seen in the grand strategy and war game market. Companies like Paradox Software know that no one else is releasing games at the same scale as them.

The use of post release and day one DLC has been another option. In turn, they have allowed developers to earn consistent money after a purchase of a game. The problem is that making DLC that has value without being seen as a cash grab is very hard.

While there are options, it still leaves Indie developers in a weird position. You may be making something different from everybody else, but without the clout of a major company you are still being treated like everyone else.

There is always a give and take when it comes to designing a game. At the end of the day, the cost of development has to be paid; either through profit from the consumers or the developer/publisher eating the cost.

The best games released each year aren’t developed on the cheap. The cost of development and the demand of sales make it hard to turn a profit. If consumers still want to see quality titles, then they’re going to have to accept the higher cost.

Sales are an important part of the game industry, and no one can ignore them, but a game shouldn’t automatically be on a pricing countdown from day one. For you reading this: How long should a game be able to stay at full price before depreciating?

I know everyone is getting tired of this expression, but video games are a combination of art and products. While the product side means that we should expect to see games go on sale, art means that we shouldn’t be expecting $60 games to drop below $10.

While things are certainly better compared to the days of 90% and up sales, we will have to see how the market continues to shift and what means for indie and AAA alike trying to earn a living making games.