One of the lofty goals of designing games is creating a game that doesn’t get stale; we’ve talked about this before in terms of “infinite replayability.” The problem is that no matter how many situations you come up with, they still need to be presented correctly. For today’s post, we’re going to talk about the use of “events” and event driven game design and how they can shake things up.

When we use the term “events,” we’re referring to situations that can happen in a game to mix things up. Examples vary: From small events like having your people throw a party, to war being declared by a once peaceful faction.

Events differ depending on the game and design we’re focusing on. Typically, events are used in rogue-like, strategy and the now coined: “Dwarf Fortress genre.” The key point about events is that they are technically set experiences, but their impact is up in the air.

Getting the right or wrong event at a specific time can radically change your situation. One of the biggest examples of event-driven games would be Crusader Kings and the grand strategy games from Paradox.

Each event in a Paradox game can throw a monkey wrench into any plan that you were working on for your game.

To put it another way, imagine events are the “chance” cards from Monopoly. When we look at events closely, we can categorize them into different groups.

Summing up the Situation:

Events in games can be grouped based on their impact to the game/player. Small events are those that are designed around a quick situation that resolves itself either after the player makes a choice or simply causes a situation. In terms of the game itself, these events won’t drastically affect the game beyond a few minutes (or seconds) of play.

Some examples would be: A boost to income for a few turns, you lost some food, someone is mad, and so on. In the wrong circumstance, these events could prove to be troublesome, but they’re more designed around slightly altering the situation.

Medium events are those that shift the game space in a different direction for some time. Most games that use events will focus on small and medium ones. Some examples would be you must deal with unhappier people for X amount of time, one of your members of your court was killed, someone is angry and will declare war on you.

Events like these will alter your plans and force you to adapt. Good players can mitigate their impact and quickly return to their status quo. 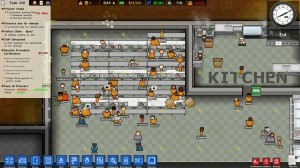 Events can come in all shapes and sizes, but you need a variety of them

The final group is large events; typically seen in strategy and 4X games. These are the events that will change the game going forward and either take a long time to end or never go away.

Some examples would be the economy crashing and destroying everyone’s income, a new faction appears with the goal to wipe everyone else out, or the end of the world was triggered by the player.

There aren’t as many examples of large events, as game-changing events like these have to be limited.

Going back to my talk on soft and hard choices for the player, large events are definitely “hard” choices. Each one will take a player’s game down a completely different path, and usually only one large event will happen at a time. When it comes to keeping the player guessing, large events are the best in this regard.

Designing events for your game requires a careful eye towards the main gameplay loop or core experience.

The events that can work in a game are dependent on the genre and design at hand.  Small events are the easiest to design and balance around, due to their minimum impact. Anything built on abstraction can be altered by a small event.

With that said, there is always the chance of Murphy’s Law happening if too many events are triggered at the same time: A fire breaks out while you’re dealing with a water drought, and your only firefighter was struck down with the flu.

Medium events require more planning around your game’s systems. The chance of cascading failure is greater with medium events. A common type of medium event are those that destroy or damage the map: Earthquakes, tornadoes and any other Sim City disaster.  You need to be careful how often you use one of these events; having to rebuild the last 30 minutes of your city every 2 hours is not a fun time for many. 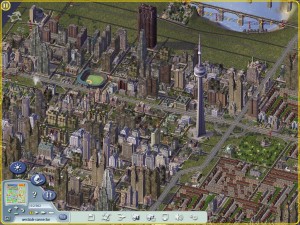 Large events require the most planning and where you should really let the gloves come off. You should approach these as game-changing events and have their impact be massive. These are the events that define a play experience or run.

One thing to avoid with large events is having them simply be game-overs that instantly end the game.

Balance is important with these kinds of events, as they should be big enough that the player has to rethink their game, but not so overpowering that they’re frustrating. With that said, any game that is trying to have replayability with event-driven design must have large-scale events.

Small and medium events are great for short-term impact, but can be quickly mitigated and forgotten once the player gets used to them. A game without any large-scale events can become boring over repeated play and lose a lot of replayability.

In any game built on event-driven design, an AI director will most likely need to be designed. The director’s job is to watch over the game and decide what events to trigger when. Games like Dwarf Fortress, Rimworld, and Left 4 Dead have used AI directors.

Designing and balancing an AI director is a big deal, unfortunately I don’t have first or second-hand knowledge on this topic. If there are any developers who do and would like to talk about it on a podcast or live chat, please let me know. 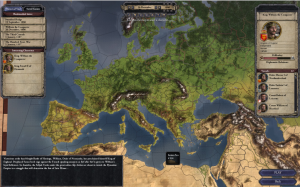 What I do know is that time is an important factor. You don’t want to hit the player with a crop destroying earthquake before they even have their first building up.

On the other hand, the first two hours of play should not play out the same way every time.

Events as a Service:

Event-driven game design is an important way to keep your game changing and add replayability. With games as a service growing, the strategy and 4X genres could really see the impact and benefit here. Titles like Stellaris have received multiple game-changing and game-adding patches/DLC over the year.

The bigger the game gets, the more possible events you can squeeze in. Paradox’s other major hits: Crusader Kings 2 and Europia Unversallis 4 have also received a lot of growth through games as a service.

Besides the games mentioned here, are there any other good examples of titles that have made use of event-driven game design?

A Critical Thought on Feedback Loops in Game Design