One of the oldest design issues that have plagued RPG-based design has been the “hoarder syndrome,” where players will refuse to use life saving items and instead hoard them for some time in the future. At its worst, hoarder syndrome can make a game worse to play due to the player not using every option open to them.

However, the simple solution of giving the player more may be counter-intuitive to the design or cumbersome depending on the implementation. There is a solution to this problem, but it requires some advanced thinking.

What is Hoarding Syndrome?

Before we get to the solution, let’s quickly go over the problem. Many RPGs and RPG-based games will provide the player with a number of powerful items and options. As a means of balancing them, their actual use is limited over the course of the entire game.

Due to the potential these options bring to the player, they will want to save them for when it is absolutely necessary. The issue comes into play when the player is intentionally making the game harder for themselves at the present to prepare for an unseen problem in the future.

Whenever you place a limit on the player’s options, they will begin to associate a higher weight to those options. While you may think you’re giving the player a variety of means to play through the game, you are conditioning them to use less. No one wants to be playing a game when they realize that they’re all out of the items they need to keep going.

Specifically, rogue-like games and design are meant to challenge the player with resource management. The big difference is that a rogue-like is meant to be replayed, while a lengthy singleplayer campaign is not.

When the hoarder syndrome goes unchecked, the player can find themselves getting frustrated with the game. Developers all over the industry have been trying to figure out ways around the hoarder syndrome, and I want to talk about some of the basic steps before we get to the big one.

The main reason for the hoarder syndrome is scarcity. The more important or vital an item/option is to the player’s success, the easier it should be to acquire them. The player is more willing to experiment with different tactics when there is little long-term harm if they mess up. If the player can lose resources by failing, then it should be very easy to reacquire them through play.

For games that still want the player to have some measure of resource management, you can put a limit on how much of an item the player can have at one time. Many open world games will let the player craft ammo or items, but they can only have so many “available” at one time.

The problem with this method is that it can create busy work for the player and break the flow of the game. 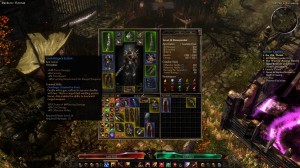 ARPGs are one of the best examples of hoarding in games, thanks to the number of item drops

What makes the hoarder syndrome so hard to combat is that it can swing both ways: Either it’s too demanding and punishing, or too easy to ignore. Another solution we have seen lately is the idea of having your cake and eating it too.

The greatest fear when playing a game of resource management is not having an item or resource for a supposed situation in the future. The best solution I’ve found to the hoarder syndrome is to focus on the short-term use of an item or tactic while leaving the long-term application alone.

What that means is that any limitations on item/tactic usage only applies to the immediate situation, but does not impact their utility later in.

One of the earliest examples of this kind of philosophy was the use of regenerating health in action games. This allowed the player to go all in for each fight with the knowledge that they will be able to tackle subsequent battles at full power.

The player is still forced to manage their health during the fight, but it’s not a case of “winning the battle, but losing the war.”

One of my favorite examples of this philosophy was from Dark Souls and the implementation of the estus flask. The estus flask is a renewable health potion that the player gets access to. The caveat is that you only have so many uses before having to refill it at a bonfire, and going back to the bonfire respawns the enemies.

In this way, the player is still forced to manage their health and healing options, but it never becomes a case of permanently running out of healing options or being forced to grind for more. And the last example would be the use of the glory kill system in Doom 2016 to recover health and ammo. 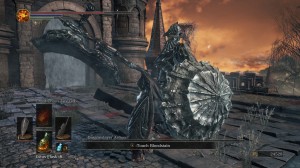 The estus flask provides both limited and unlimited healing options

What these examples have in relation is that it keeps the scarcity of the options, but doesn’t punish the player over the long run for using them. The player can still run out of resources or be put into a bad position, but it prevents the downward spiral effect from happening.

The hoarding syndrome is a situation that develops due to the balance and design of a game. If the player is too paranoid to use an item when they need it, then what was the point of having it in the first place?

Even the simple act of saying that an option is unlimited vs. having a huge amount can impact the player’s view of an option. Imagine if the Portal gun had 999 uses instead of just being infinite. There are more creative ways of limiting the player while still allowing them full use of their options.

For you: Can you think of games that took a different approach to combating hoarding?

What is the Value of the Game Designer