The Impact of Key Resellers on the Game Industry

G2A the infamous key reselling site seems to be caught in a black hole of negative news, as more developers are speaking out about the site’s “legal” selling of keys. While developers have known about this for years now, it’s still shocking that many people don’t know or care about this practice, and how it has hurt many indie developers.

Key reselling has grown thanks to the shift towards digital distribution in the game industry. Overall, this has been a net positive thanks to cutting down on physical costs and availability. One of the major points about digital keys is the question of ownership, and how consumers technically own “licenses” of games and not the games themselves.

This is a big part of the argument over secondhand purchases and selling of keys, and is too big of a topic to talk about here.

The beauty of a digital key — and a big part of this problem — is how they work. Keys for videogames are generated in one of two ways. If you go to a storefront like Steam, Origin, Uplay, etc., after you make a purchase the store will generate a key that gives whoever uses it a license to that game. With these direct purchases, the key is either automatically attached to the account of the person who bought it, or turned into a gift copy that can then be given to one person.

For smaller developers who provide members of the press or content creators with keys, they must request them from the store that they are attached to (most often a steam key) to then have them generated and then emailed to the person. If they’re using something like the Humble Widget, it works along the same lines.

Outside of buying a key directly, when a key gets generated it remains “in play” until it becomes associated to an account. This is where the idea of key reselling comes in, and how it has been lucrative for sellers and sites like G2A.

The game key itself has no monetary value associated to it; only the transaction itself is where we see money change hands. And that transaction is dependent on the store — or user — selling a game key. When someone has a huge amount of game keys available, they can price them however they want. When we talk about the keys that are being used by resellers, and sold on G2A, they come from one of two popular sources.

The other way is when developers are tricked into giving multiple copies of their game to a scammer. There are plenty of stories on Twitter and other sites about developers receiving fake emails from people claiming to be a well-known content creator. They’ll ask for one key to play, and multiple copies for giveaways in exchange for free exposure.

Regardless of how they are obtained, once the keys have been generated and given out, they can then be sold anywhere. This is where G2A has come in as the premier “grey market” site for game keys. G2A doesn’t care where the keys came from, and make no attempt at policing the users on their service.

This is where things get blurry for consumers who use sites like G2A. They are making a legitimate purchase on something that could have been acquired by not so legal means. Even if the original transaction that generated the key was overturned due to fraud, that key is still legitimate and exists in the public space. For the consumer who bought the key, oftentimes, they will have no idea where that key came from; the only exception being if the key was revoked (which we’ll talk more about in a minute).

The Problem for Developers

What’s worse is that for every game key that was acquired illegally that is then sold, the developer will never see any portion of that sale. All those keys that you see on G2A, the site itself will not give a portion to the developer, unless the developer agrees to work with them in providing keys in the first place.

When there are fraudulent keys out there, they also can devalue the game in question. For every title released, there are only so many fans out there that you can sell it to. If all those people buy the game through a key reseller, those are lost sales to the developer that they will never get back.

And there are the cases where developers revoke keys that were bought illegitimately through them, but legitimately through another site. They can run into cases where they’ll get negative PR from angry consumers who found that they don’t have access to the game they “bought” through no fault of their own. This can then get picked up by youtubers who can put out attack pieces on the developer in question.

For right now, there are a few things you can do as a developer to protect yourself. The first point is one I talked about in one of the videos: if you’re a smaller developer, do not sell your game without any kind of fraud protection. In today’s market, it’s very easy to get basic protection, such as using the humble widget, or going up on a store like itch.io. 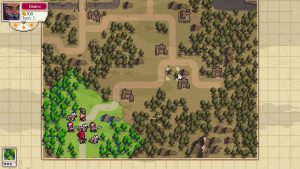 Niche titles already have a limited consumer base, and key resellers can severely hurt them

When talking to content creators, always check their credentials. Just because someone says they’re a big-name or has a huge following doesn’t mean that’s true. Check their channel and stream to see how active they are, and if the email appears to come from a big name, then email them directly through their channel to double check.

This next one may get me in trouble, but if someone requests a lot of keys of your game for a giveaway, don’t do it. I’m not a big believer in asking developers for keys like that, and I only request how many I need to play the game.

Our final point may be a controversial one. At the end of the day, I do feel that consumers should have the right to sell keys, new or used in the secondhand market legitimately. For that to happen, there would need changes to the law when it comes to the ownership of digital copies.

As a developer, it’s important to protect your products and I hope that more consumers will start to understand that buying games for pennies at a time is not how to support your favorite developer.