The Mysteries of Studying Game Design

On the Game-Wisdom discord channel, one of the fans posed a question to me: How does someone start studying a game genre if they would like to eventually start making a game in it? The question seems simple at first, but as I thought about it, it’s really quite hard to answer. Studying game design is not the same as reviewing a game, and really gets at the nature of understanding game design.

The Problem of Studying Videogames:

Videogames are a hard product to study critically from the consumer point of view. Outside of early access, you only see the end state of a game, and many people have no idea what it took to get there. Game designs can (and oftentimes will) change over the course of development. It’s hard to understand what pitfalls and problems can happen in designing a game if you never see those issues to begin with.

Another challenge is that despite videogames being a visual medium, watching a game being played and playing it yourself are two vastly different experiences. It is very hard, to the point of being impossible, to understand UI design without being the one who plays it. Unfortunately, if we’re talking about older videogames and retro games, it’s becoming harder to find these games legally.

And then we have the question posed at the start — How do you study game design? Reviewing a game and analyzing one are two different fields. Reviewing games is about examining if the game is enjoyable, has a fair price, etc. There’s less of a long-term look at a title when reviewing, and more focused on this particular moment in time. Studying a design is about understanding what aspects of the game work, what doesn’t work, and looks at things deeper. Good games can have bad design elements, and vice versa for bad games.

A great game or great design elements transcends the time it was released, and why titles like Super Mario World are still held in high regard. 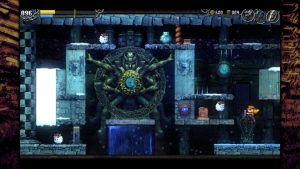 If you never studied a videogame before, asking someone to do it immediately would be like dropping them in a foreign country and tell them: “learn this language fluently.”

As with making a videogame, there is no set checklist on how to learn game design, but I can give you a few tips I’ve picked up over the years.

The Good, Bad, and the Weird:

The first one is obvious — you need to play a lot of games. For many reviewers and critics, that’s where everyone wanting to get into the game industry is going to go. However, it’s not just about playing what’s popular; you want to look at as many examples of the genre you want to study that you can.

Everyone can play Super Mario Brothers if they want to play a platformer, but what about Sonic, Earthworm Jim, The Simpsons, Looney Tunes, Cool Spot, Prehistorik Man, and I could literally keep going for the next few pages listing more of them.

Just because a game is great doesn’t mean that there are unique elements to it, and oftentimes the games that do end up being lesser examples may have taken a different risk or take on the genre that ended up not working for them. Again, the only way you’ll know about what’s been done before is to actually play it.

Once you start playing the game, the next question is — what should I be looking at?

One advantage of studying game design as opposed to reviewing is that your focus is going to be more specific. The first 15 to 20 minutes of any game should be heavily examined in terms of UI design, the core gameplay loop, and structure of the title.

While you don’t need to play a game from start to finish, you need to understand the elements that make up the design. If a game does hook you for beyond that span of time, you can keep playing to see if it can sustain that momentum or introduce new elements. If a game doesn’t hook you, then pay attention to why that is.

I know some of you are thinking, “Isn’t 20 minutes too short of a time to look at a game?” The answer is that period of time is when you will either win or lose fans for your game. As the saying goes, “The first level of your game should be the last one designed.” If you’re not putting your best foot forward with your game, then it doesn’t matter how great it gets later on if no one is playing.

I cannot stress enough about looking at the UI of a title, as this has always been a key reason of mine for staying with or giving up on a game. As we just talked about, UI design is something that you can only truly experience by playing a game. If there are problems with the UI, you will find them within that 15-20 minute period.

Thinking critically about game design is an essential skill to learn if you want to further your understanding of what means to make videogames. There is still so much more we could discuss: PR practices, marketing, playtesting, etc, but that will have to wait for another day.

And as a shameless plug, if you want to find some games worth studying for their design, be sure to check out my first book out now.

Tips on Improving Handling in Videogames