This week, Nintendo has entered the toys to life market alongside Skylanders and Disney Infinity with the Amiibo line. They’re hoping to leverage the Nintendo IP in the same way that Infinity is with Disney and Marvel. As a concept, the Amiibo line sounds great, but the way Nintendo is handling it has me questioning its long term viability.

Let’s get the allure out of the way, Nintendo has been leveraging their classic IPs for years now — Mario, Samus, Kid Icarus, Zelda and so on. We see this not only in new games from the series but featuring the characters in games like Mario Kart, Smash Brothers etc.

When it comes to branding, Nintendo is one of the strongest game companies around and one of the top brands overall next to companies like Disney. And when Skylanders proved to be a success and followed by Infinity, people started to place bets on when Nintendo was going to join the fray.

With series one, Nintendo is aiming for Smash Brothers to lead the charge by featuring characters from the game like Mario, Peach, Little Mac etc. Unlike those other series, the Amiibo line is going to be integrated directly into the Wii U and new 3DS and won’t require an additional purchase of some kind of portal/base. On one hand this is great as it makes the barrier of entry a lot lower compared to having to buy a complete game to make use of them.

But on the other hand, Nintendo is missing out on why people gravitate towards Skylanders and Infinity.

Part of what makes the Toys to Life genre so appealing is that you’re collecting these great figures, but the other side of the equation is their usage. Skylanders worked brilliantly by combining the collectible aspect with actual gameplay and giving the player a purpose for collecting them all.

If you just wanted to play through a Skylanders game, the figures included would work fine. But for people looking for 100% completion, you needed to get all the figures or at least ones from the different categories. With Infinity, characters can be used in toy box mode while some could be played in play set mode with an actual campaign and quests. 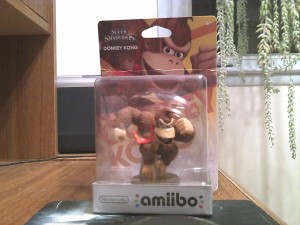 The first of my collection.

The point is that these figures hold value beyond just their collectability, something that the Amiibo doesn’t have.

Looking at this post on Polygon that detailed game compatibility, not every Amiibo is going to work with every game. In fact, I’m not sure that there will even be a full game that makes use of every Amiibo.

The good news is that it gives Nintendo the ability to leverage the Amiibo line in ways that the Skylanders and Infinity series can’t. They can have unique uses for the Amiibos on a per game use. The bad news is that we have no idea what that could be. They’ve hinted at uses in Smash Brothers to power up characters or in Mario Kart to unlock Mii costumes, but that’s not really the same thing as having new characters or gameplay that we see in Infinity or Skylanders.

What would ease a lot of minds is Nintendo announcing a game that makes use of all the Amiibos like Skylanders to impact gameplay. One thing that I don’t want to see is using the Amiibos strictly for Mii related content as that would be missing the point of giving these figures value when it comes to gameplay.

There have been some reveals that Nintendo will add backwards compatibility with titles already out for Amiibo support such as Hyrule Warriors and Mario Kart 8. However we haven’t heard of any new content other than items or costumes.

Nintendo is a company that you can’t count out and when they do step outside their comfort zone, we do see some amazing things from them. If Nintendo puts the full weight of their game designers behind the Amiibo line, this could become the edge they need to stand out and fully be considered unique from the PS4 and Xbox One. 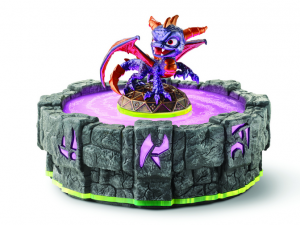 Skylanders scored big thanks to both collectability and their value for the respective games.

Nintendo has plans to have Amiibo versions of cards along with smaller figures so it does sound like they’re committing to this idea. But until we actually hear of a game fully designed around it to add gameplay, the Amiibo will be something that’s nice to have but nowhere near the level of collectability as Skylanders or Disney Infinity.

I will admit that I’ve already bought several Amiibos more for the collectible factor than the gameplay, but I’m not going to be going after them all until I hear more concrete plans about them.

And who knows, if this does work out for Nintendo maybe we’ll see Xbox and Sony equivalent versions in the future to truly make our wallets weep. And we can finally have action figure fights between Mario, Master Chief and Kratos.