Recently, it was announced that Defiant Development: the developers of the critically successful Hand of Fate series is ceasing operations. From the outside, this comes as a huge shock and is the case of another studio despite having critical success still ending up going under. When it comes to game development one of the biggest issues that anyone from one-man teams to massive studios face is surviving the long run. And despite the number of amazing games released, the people who do manage to keep going is a shortlist.

Everyone who has ever played a game or entered the industry has their dream game — that one title that they will do anything to make it a reality. For developers starting out, the dream game will either be the first one they make, or the one that they will define their studio or career on.

We’ve talked plenty of times about the passion that goes into game development, and the motivator for getting these dream games finished.

Sometimes those dream titles do become massive successes: AI Wars, Stardew Valley, and Cuphead to name a few. Other times, a dream game is just made for the passion regardless of monetary success. And for some people out there, that may be enough for their game development career, but most people are going to want to keep at it. However, that raises one major question that most developers don’t think about.

What to Do Next:

Designing, creating, and shipping your first title is an arduous task, as anyone in game development will tell you. Getting that first game out means a lot no matter how well it does in the market. You now have a finished game under your belt, and the knowledge that you picked up developing it in the first place. But if you want to continue as a game designer, you need to decide what to do next.

This is a question that for some of you reading this think that it’s an easy one to answer, but it has been the nail in the coffin for many developers for various reasons.

Do you try to create a better version of the game you just released in the form of a sequel or remastered? If you just spent several months or years of your life on one design, do you really want to do the same thing again?

Then there’s the idea of making something entirely new, but that also raises some problems. Switching to a new genre is essentially starting from scratch in terms of design and coding. If you’ve achieved some level of success with your first game, do you want to risk alienating those new fans with something different? Some of the best indie studios have done this — keeping to a unique style or aesthetic but changing genres with each game. In this way, the studio itself becomes the brand as opposed to the individual games: some examples would be Klei Entertainment and Kitfox Games.

If your game was a massive success, that also brings unique problems. Developers in the past have “doubled-down” after the success of one of their games to try and outdo themselves. While this can lead to greater rewards, it’s often led to studios over-committing to a new project and squandering all the clout and money they earned from their first title.

Another issue is the stress that comes from game development. For indie developers out there, you are your own boss. While that means you can do what you want, it also means that your livelihood is coming from your work. You may want to take some time off from developing another game, but then how are you going to pay the bills?

These are all tough questions to answer, but let’s say you are more than happy to jump back into the trenches and create your own studio, now what?

As we said further up, making a game on your own time or as a hobby is infinitely different than making a game as an official studio. There is a lot when it comes to the handling of studios that I don’t have firsthand experience on, but if you are serious about running a studio, I highly suggest contacting a lawyer about any questions on filing a trademark, taxes, and more. 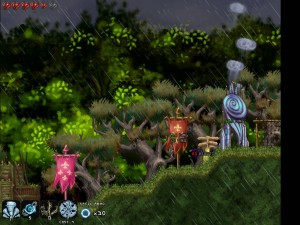 Becoming a studio is both the moment that you’re now a professional and now have more responsibilities. It’s no longer just you making a game by yourself, you need to manage other people.

The time where you could spend several months experimenting on an idea to then scrap it may no longer be possible when you have bills and wages to pay.

Not only that, but you now have to be better at game development. When I spoke with game designer Jake Birkett, he talked about the importance of managing a studio, especially with the fact that he has not had that massive hit; as per his GDC video.

Talking to people like him and Cliff Harris among other developers illustrates one of the harshest lessons about game development — how do you keep yourself going?

I’ve said this many times before, but I don’t judge developers on their best game, but the extent of their portfolio. It’s very easy to assume that one amazing game will put you on easy street for years to come, but surviving and thriving in the game industry is about consistent income. With that said, “consistent income” is kind of a misnomer when it comes to game development.

While you’re working on a title, unless you’re receiving publisher funding, you’re not bringing in any money for that project. Even with a game already out, there are only so many people out there who will be buying it. As a developer, you are going to be in a position where you cannot guarantee that you’ll have a steady income coming in while working on projects.

Managing a budget is just as important as managing your project. Being able to fail is just as vital as succeeding. What I mean is that you should always be able to prepare for the worse — never put yourselves into a position where a game failing ruins you as a company.

I know that may sound simple, but many indie developers in the past have done just that: putting everything on the release of one game to only have it fail and close their studio. And even with that said, it’s also bad if you’re just living off of one game’s success. 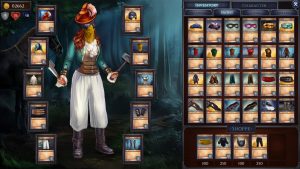 Going back to my talks with Chris Park from Arcen Games, he has said many times over that the sheer success of AI Wars is what kept his company afloat despite having a string of failures; to the point of having to change his gamedev philosophy.

Being able to figure out what games you want to make vs. the ones you can make can only come from you, and it’s oftentimes a tough conversation to have.

In another piece, I said that if you want to be depressed about the challenges of surviving in the game industry, just take a look at indie games and then see if that studio is still around; with Defiant Development now yet another example.

While everyone wants to be that indie developer who has an industry-defining hit, the ones who stay around the longest oftentimes don’t have them. They make titles that stay within a reasonable budget, know who their market is, and appeal to them. Depending on who you are, what I just said could be considered Business 100, or witchcraft.

Game Development is not just about programming, art, and design, but on being able to survive as a business. Even though not every one of you reading this right now is aiming that high, but if you want to make a living out of making games, then you need to do more than just design them.

THOUGHTS ON
“The Problems of Sustainability in Game Development”