The Spice of RNG in Game Design

RNG or Random Number Generation has been the blessing, curse, and insanity-inducing element of many video games. Adding chaos to your game is never easy, and understanding just how powerful it can be is an important lesson for game design.

RNG is where probability and chance interact with game design. If you ever played a game where there is the chance of something happening, then there is RNG in effect.

A major part of RPG and rogue-like design, the idea that things cannot go exactly as planned is a major point of replayability and challenge. When it works, RNG can keep a game nigh-infinitely replayable, thanks to new challenges and situations for players to get into.

What makes RNG tricky is that its impact varies wildly depending on the design at play. If you put too little in, then it’s just wasted time on something that doesn’t affect the player. However, if there’s too much RNG, then it can feel like the player is not the one in control of winning.

The Scales of Chaos:

RNG is about creating controlled chaos in your game, and every title handles it differently. The one constant that we see in good game design is providing the player with hard-coded elements that are consistent. It’s important for the player to know just what exactly their options are and have an idea of what the possible outcomes are. 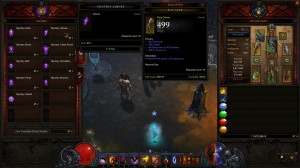 Playing XCOM, the player does not know if they’re going to hit with their shots, but they do know the percentage change and possible damage. Without a foundation for the player to understand, it can feel like the game is just too chaotic.

I’ve played titles where the RNG is so polarized that winning or losing can be out of the player’s hands; such as with the game Tharsis.

On the other hand, there have been games that tried to introduce RNG as a way of improving replayability to only have it blow up in their face. If the pool of possible outcomes is too small, then there’s no point in making it random. Such as having a weapon spawn with either six points of damage or seven.

RNG’s impact can go to either extreme, but still requires a careful eye towards balance. In Resident Evil 7, while item spawn locations are fixed to some extent, what the game spawns is random with a slight weight towards what the player is missing. That serves the purpose to guarantee that as long as the player is moving forward, they should be able to restock the essentials.

The more RNG effects success in a game, the harder it can be to have a defined experience for the player. For everyone who has an easy time and gets lucky, there are players who are going to feel the full weight of bad luck when they play your game.

No matter how much RNG is a part of your design, it’s important to understand what it means when it comes to the core gameplay loop.

As the title of this post implies, RNG is like a spice and its impact can vary greatly depending on what it’s impacting.

The less RNG in your game means that there are more set outcomes and situations for the player to deal with. Without any RNG, a game will not challenge players past their first play, as nothing will change.

But with that said, even a little RNG in the right place can have huge ramifications for play. Both FTL and Into the Breach make use of set game systems and rules for how the games are played. RNG in FTL comes into play with what events and items the player gets in a run, and Into the Breach has random enemies spawning during a battle.

As the player, these situations greatly impact not only how the game plays out, but what their response is to the changing factors. Being able to improvise on the fly is an essential part of playing games with RNG, but there is a limit. You need to be careful when RNG directly impacts the player’s options, as it is possible to create situations where the game can become hard for the sake of difficulty.

With Into the Breach, my options for each turn are fixed, but the enemies that the player encounters are randomly spawned from a fixed pool. One unlucky spawn can lead to a cascading effect of the player not being able to get out of the negative feedback loop.

When the player loses control of the situation without having the option to correct it, that’s when RNG can be seen as going too far.

RNG can have long-reaching impacts in your design when put into the right game systems. If the design can accommodate it, allowing the player to mitigate or manipulate it to their favor can be an essential part of mastering the game. 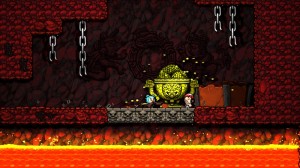 Too much or too little RNG can ruin the vision for your game. No matter how random or out of control things get, there must be a set foundation for the player to learn from, and a plan to keep the game from going out of control with the generation.

That was one of the understated elements that made Spelunky work so well. No matter the difficulty of the procedurally generated levels, it all fell back on the player’s skill and mastery to carry them through. Not only that, but the levels had the feeling of being handmade even thought they were generated via an algorithm.

But if the RNG is too limited, or acts as window dressing, then the game will still be the same no matter how much things are shaken up with each generation.

To wrap up: Can you think of games where the RNG was either too extreme or too limited, and made the game worse in the process?

A Look Back at the History of MMOs