Tracing my Troubles With Telltale Games

Recently I started playing the latest game from Telltale: Batman. But going through it, I’m finding myself getting more annoyed than interested in seeing it through. Telltale has changed a lot over the years, and I’m wondering if they’ve gone too far away from what drew me to them in the first place.

Telltale is a studio that changed itself multiple times over the last decade. The studio was founded by ex-members of Lucasarts. They originally wanted to work on a Sam and Max game, but couldn’t get the rights starting out. Their first game was a Texas Hold’em title before their first adventure series based on the Bone comic book series. After that, they worked on several CSI-styled adventure games before managing to secure the rights to work on a Sam and Max game for the game service GameTap.

While GameTap did not last, Sam and Max proved to be their first big mainstream hit with gamers. More importantly, it was one of, if not the first, successful episodic game release to get through an entire season’s worth of content. Sam and Max was so successful that they released two more seasons and a variety of merchandise and collectibles that you could buy from them.

Telltale was positioning themselves to be the adventure game successor to Lucasarts by combining great writing and storytelling with challenging puzzles. Following Sam and Max, Telltale worked on a slew of licensed IP games, including but not limited to: Jurassic Park, Back to the Future, Game of Thrones and of course The Walking Dead. 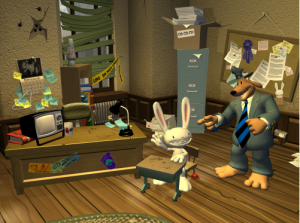 If Sam and Max was the game that put Telltale into the limelight, The Walking Dead cemented their reputation in the industry. TWD was considered one of the best games to be released in 2012 and won awards for its writing, voice acting and more.

The success of TWD set a new standard for adventure game design and would become their foundation for future titles.

Despite the success of TWD and even enjoying it all the way through, this was the game where I started to see the writing on the wall about Telltale’s design.

Telltale Games’ transition in terms of design was seen with The Walking Dead. This was the first game where the adventure-styled puzzles and critical thinking were toned down dramatically in favor of storytelling. The puzzles that were in the game were limited, and the chapter format was adopted.

In previous Telltale games, each episode took place across one or multiple environments with puzzles to solve. In TWD, Telltale changed that to a chapter approach. Each chapter of an episode dealt with a different situation and essentially closed off the previous chapter from the player. This was important, because the chapter framework allowed them to create permutations in the story.

The hook of TWD was that the player could control the outcome of the story, but that’s not necessarily true. The game pops up little comments to let you know that “someone will remember something,” but none of that is related to the plot.

It’s not a choose your own adventure story when every episode ends the same way for everyone. Even the game’s “major choices” aren’t that: They still return to the status quo defined by Telltale. I talked about this in a post looking at hard and soft choices in storytelling. 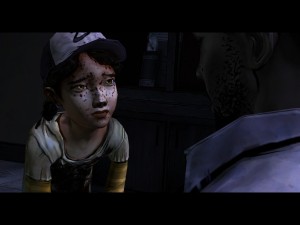 Telltale’s style has evolved to feature nothing but soft choices in their games. Now if there was gameplay to tie everything together or impact things, then I could let the limited storytelling slide. However, that is definitely not the case.

The actual “gameplay” of Telltale’s titles has been reduced with each new game. Because of the chapter format, each episode feels like a bunch of scenes stitched together without any connection between.

First I’m in one area, then I move to the next area for exposition, then it’s time for a QTE segment, then back to exposition, and then the episode ends with a cliffhanger.

There are no real puzzles to solve, no means of interacting with the world with exception to hot-spots, and recent games checks off every issue I have with video game storytelling. It’s gotten to the point that I get annoyed every time characters start talking, because I can tell when a “choice” is coming up. The attempts at adding in QTEs just make the games feel like they have a split personality to me. I spend 30 minutes listening to people talk, then a minute or two interacting with something, then another 3 doing a QTE, and then it’s back to exposition. 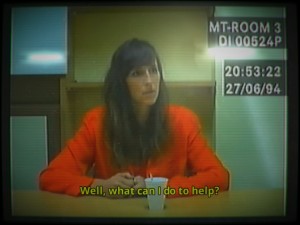 Despite not having “gameplay,” Her Story still challenged players to think about what’s going on

Telltale’s design simply doesn’t ask the player to think about anything that’s going on, because all real choices have already been decided for them.

What I loved about Her Story was the fact that it challenged me to actually think about what’s going on to learn more about the story, even with the fact that there wasn’t “gameplay” in the traditional sense.

Despite Telltale’s accolades as adventure designers, there really isn’t any “adventure” in their games anymore. I feel like I’m either watching a video game or playing a story, when I’d rather be doing the opposite.

With The Wolf Among Us and Batman, this was their attempt to add detective/investigation elements to their game, so that the player could feel like they’re engaging with the situation. However once again, they are downplayed and have no relation to the story or plot.

There are also reported issues of each game have technical problems and not so stellar launches. However, since this post is focusing on the design and storytelling, I’m not going to dig too deep into that part.

I will say that their animation style is starting to irk me to some extent. Recent games have a flat comic book-like appearance to them; despite having detailed appearances, they still look and operate like mannequins. 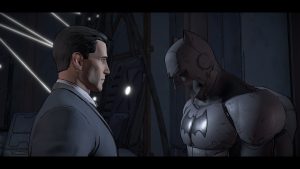 The aesthetic was tolerable with Sam and Max, because we weren’t dealing with humans, but there is just a stiffness to characters in recent games. Another point is that the writing seems to be forced to adhere to the conversation system.

Instead of people talking like in a normal conversation, the pace gets broken by the constant stops and references to the decision tree.

We recently brought up the topic of Telltale on the Perceptive Podcast, and we talked about what we would like to see from them. For me, I think my problems with Telltale’s titles are the fact that they are locked to their respective licenses. I would love to see them make something completely original and have free reign to take it in any direction they want.

Imagine playing a choose your own adventure style game where things are truly different for everyone. Telltale has been building the foundation that would let them do something like that; now they just need the property to do it, and I can tell you that it’s not going to come from a licensed one.

I’m entirely willing to admit that these are just my problems and everyone else is happy with Telltale’s growth. But for me, I don’t know if I’ll have it in me to finish another season of episodes in this style.