The Unrealistic Expectations of Realism in Game Design

Realism has been a never-ending mission for game developers since the days of the Atari. Over this past decade, we have seen game designs that attempt to simulate elements as realistically as possible and game engines that push graphical fidelity close to real-life. However, realism often gets in the way of accessibility and playability, and leads to me ask: is there such a thing as too much realism?

A Game vs. Real Life:

Video games at their foundation are meant to abstract a task — Be it fighting zombies, flying through space, or even just matching three objects. The role abstraction plays is a fundamental aspect of all game design.

Realism in a video game is not an on/off concept, but handled in different degrees. A game like Borderlands is more realistic in its shooting compared to Fallout 4, but neither game would be called realistic in its combat. Many video games will base design decisions or mechanics on real life elements — such as the historical units seen in the Age of Empires series.

It wasn’t until this decade that game engines started to push graphical fidelity to the point of creating realistic character models and environments. From a design standpoint, this went hand-in-hand with trying to “ground” certain aspects of gameplay. One of the most popular examples of this became the survival genre. 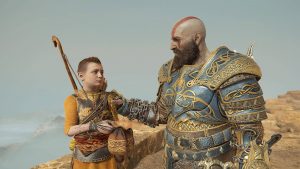 Players had to manage aspects like hunger, injuries, inventory space, and more. Realism for many developers and gamers is considered to be the goal for everyone to reach in terms of games as an art form, but it does present some issues.

At the end of the day no matter how realistic, artistic, or groundbreaking a game is — it still needs to be playable. Playability is a big part of the abstraction that goes into game design as a way of making sure that the player is able to enjoy the gameplay. However, playability in of itself tends to contradict the “realistic” side of video games.

There is a reason why most FPS don’t deal with elements like gun jams or broken gear, because they would frustrate players who are trying to focus on the shooting. Having a massive storage backpack may not be realistic in ARPGs, but it beats the alternative of having to constantly stop what you’re doing to manage your inventory.

This is where the idea of “realism for the sake of realism” can become annoying in video games. Talking to people and watching footage of Red Dead Redemption 2, there are plenty of elements designed to mirror westerns or “simulate” what it would be like to live in that time. This also means a lot of dead time of the player slowing walking around, waiting for animations to finish, and I’m sure other little details.

One of my favorite nitpicks about games that push for realism, is forcing the player to always stop and pick up individual items or resources even if they have unlimited storage space. Is that realistic? Of course it is, but does it add to the experience or take away from it?

Whenever we talk about realism and its impact on playability and design, it reminds me of a piece Sid Meier wrote about in the Sid Meier’s Pirates! manual. He talked about the decision whether or not to include scurvy in the game as a factor for the player to deal with. On one hand, scurvy was a real-life disease that plagued the age of sail and piracy. However, he couldn’t come up with a way to make it an interesting mechanic or factor for the player to deal with.

In the end, he decided that limiting the player in that regard would not add to the experience and decided against it. This is why I always champion playability over realism in my games, as it’s better to have a game that is more enjoyable than one that tries to be 5% more realistic.

There are franchises that embrace realism completely: such as sims, and war games, but they are very much a niche experience and fandom compared to other genres. It’s important to point out that these titles from the get-go try to be as realistic as possible, with “gamey” elements second or third on the list.

You need to be really careful when purposely making your game harder to play in the pursuit of realism. The less playable your title is, the less people who are going to want to play it and ultimately be your fan base.

With that said, what are some realistic elements that drive you crazy when they’re included in games? And can you think of games that did realism right?

The End of Strategy Guides