Godus: God is Bored and Frustrated

When news of a Kickstarter to revive the God Game genre was announced by Peter Molyneux, there was excitement and some reservation at the thought of giving Peter another chance to run with one of his dream ideas. Yet the prospect to get another God Game was too good to pass up and Godus was funded.

Months later and after numerous delays, broken promises and confusing mechanics, Godus is as far away from the God Game genre as a game can get and at this point one of the worst projects to come from Kickstarter.

(This spotlight is based on version 2.05 which the game reports as being 49.5 percent done. Impressions here may not match the final release or future versions of the game and the screenshots may not fully represent the game. Updates are sporadic with one promised for July and another one several months from then)

The idea behind Godus is that you are a God who must shift the land and work with your followers to build a mighty civilization. The basic gameplay progression revolves around raising your population; this is done by clearing out enough empty space to create a plot of land. After which you click on one of your other nearby huts to instruct them to build the new home after which a family will move in.

When your population reaches specific points, you’ll unlock timeline cards which represent upgrades for your followers and towns. However to actually use them, you need to attach stickers that are broken down by color to the card to use it.

Getting stickers requires you to dig up treasure chests that are hidden throughout the world using the game’s main mechanic of moving and altering the landscape. Everything is okay at the start and the idea of slowly cultivating the land does have its merits, but then the restrictions start.

After a few upgrades you’ll soon unlock belief which is really an energy mechanic. Moving land other than sand costs you belief and so does putting down special buildings and using God powers. To restore belief you have to collect it from your huts which take a few minutes to respawn.

Those stickers that I mentioned before can only be found in the chests and to get more, you’ll have to wait for it to rain which causes treasure chests to randomly appear. Things move from bad to worse when the game introduces the concept of settlements and how arbitrary they are. 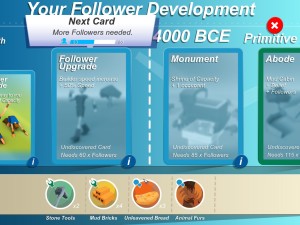 The use of stickers feels like an arbitrary condition to force more waiting and monetization into the game.

Once the farming settlement is introduced, you can no longer build abodes on empty plots without having the resource of wheat available.

To get wheat you need to set up settlements but this is what the game doesn’t tell you. A settlement icon can be placed on any area where you have abodes built, but in order to farm wheat, you need to have empty plots available to grow the fields from.

It doesn’t matter how many farmers you have if all the space is used up, but depending on how fast you unlock new upgrades, you could unlock the need for wheat, before you have the ability to tear down homes to make space for said wheat fields. It’s needlessly complex and just adds more waiting to the game. In fact, I messed up with my first placement and due to the cost of setting up a second settlement taking at least an hour of waiting, it was quicker to erase my save and start again from scratch.

Normally I try not to weigh too much on an early access or kickstarted game until it’s done, but everything about Godus from its design to development process has been wrong.

The developers have made two very critical mistakes with how they are handling development of Godus. First is that they are in fact developing a free to play monetized version of Godus for mobile devices, with the PC getting the one with those features stripped out.

However that means they are not focusing on making the best game possible. What’s worse is that everything that’s in Godus right now reeks of monetized BS that is unbecoming of a God Game. I can just see all the monetization that’s plan from what’s currently in the game and the mobile version.

Second is that they are horribly misusing Early Access and are taking forever to make updates to the game. It has been several months since their last big update which radically redesigned Godus into what it is now and they have another update due sometime in July. But taking so long and leaving the game in such a poor state is not how you handle Early Access and they really should have been releasing updates at least monthly.

While a patch is due out supposedly soon, they have already made a point that the true work on the PC version won’t be happening for several months while they continue to work on the mobile version. 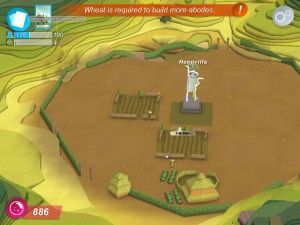 The more you play, the more restrictions are added to slow down the game instead of making the game more engaging.

As of right now, I can’t even get the game to quit because it refuses to exit out which is a known bug that has been in there for months. You may be noticing that my tone is angrier than usual about Godus and that’s because I’m really disappointed in what I’m seeing here.

Nothing that is currently in Godus is anywhere near what was promised in the original kickstarter. The nicest thing that I can say about the game is that the mechanic of altering the land was relaxing but that means nothing with all the waiting mechanics built into the game.

What really pisses me off is that nothing that I see in Godus right now shows any signs of the game ending up as a great God game. With other Early Access titles like Planetary Annihilation, Prison Architect and so on, I can at least see what they have now and have an idea of what they’re building towards for the final product.

With Godus, I have no idea how they are going to salvage this and turn it into a God Game worthy of the classics. Their roadmap for the game sounds good, if you ignore the fact that the foundation for the game right now just doesn’t work. With what is currently in the PC version, even if they remove all the energy mechanics in the game and just sell it as is, there is still no gameplay there to keep people invested. 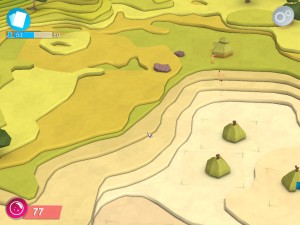 Altering the land is a relaxing mechanic at first, until the energy and waiting mechanics are brought in to ruin things.

Maybe they have a third redesign in mind or the last 50.5 percent of the game will be amazing. But that doesn’t let them off the hook for mismanaging the project and making some stupid mistakes.

I’m sure that Godus will be the poster boy for people against crowd funding for years to come thanks to all these issues.

Due to sales and credit from Green Man Gaming, I got Godus for free and even that seems a bit high for what’s there. At this point, Godus is more of an apocalypse than a second coming and should be avoided.

The Balancing Act of Tension in Horror Game Design