Inscryption Tells a Meta Story in the Cards

Inscryption is the latest game from Daniel Mullens, the creator of subversive games like The Hex and Pony Island. If there’s one thing his games share is that they are never what they seem, and that style is front and center for Inscryption. What starts out as a horror roguelike turns into something entirely different, but will fans want to stay for the whole experience?

The story begins with you awakening in a cabin where a mysterious game master has you held captive. Your mission is to figure out how to escape while surviving his card game. Inscryption is one part deckbuilding roguelike with a touch of escape room puzzle solving. As you play and after dying, the game will reveal that there are clues and puzzles in the room that you’re stuck in. By solving these puzzles, you unlock permanent bonuses such as new cards, an extra life, new mechanics, and more. 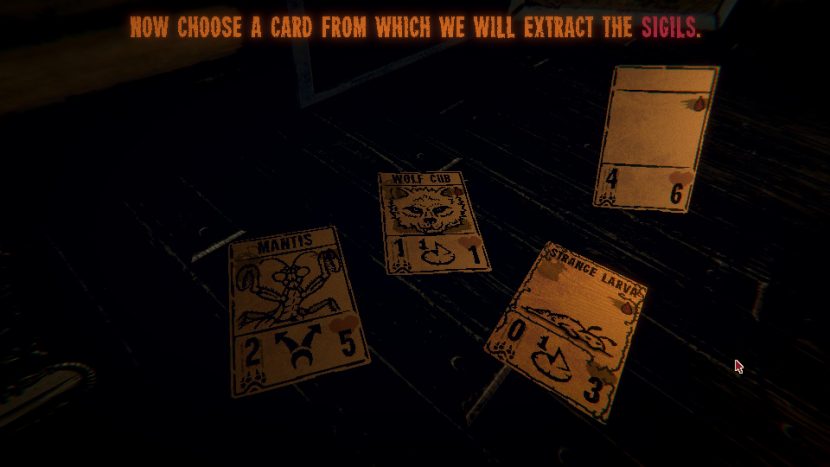 The card game itself leans more towards the style of Monster Train, where you want to get a few cards to build a strategy around, and then buff them to game-breaking levels. Part of the charm of Inscryption is the very fact that the game is designed around “cheating.” For the game master, boss fights introduce game-breaking rules that you will have to figure a workaround. For you, since the player always goes first, if you can get a strategy that does six damage or more on turn one (and that is very easy to accomplish if you know what you’re doing), it is possible to one turn every fight in the game with exception to the bosses.

However, winning is not the goal of Inscryption, to escape the cabin you’ll need to solve the mystery of it and the cards of characters that talk to you. Solving it takes us to the game’s twist and when Inscryption goes off the rails.

For a lot of people who play Inscryption they may never finish escaping the cabin, but for those that do, things take a sharp turn.

You’ll discover that you are actually not in the cabin, but a Youtuber who is playing Inscryption after finding a mysterious copy in the woods near his home. From there, the game shifts into different styles that build on the lore of the game itself, the various characters, and hints at major points that were mentioned in The Hex. 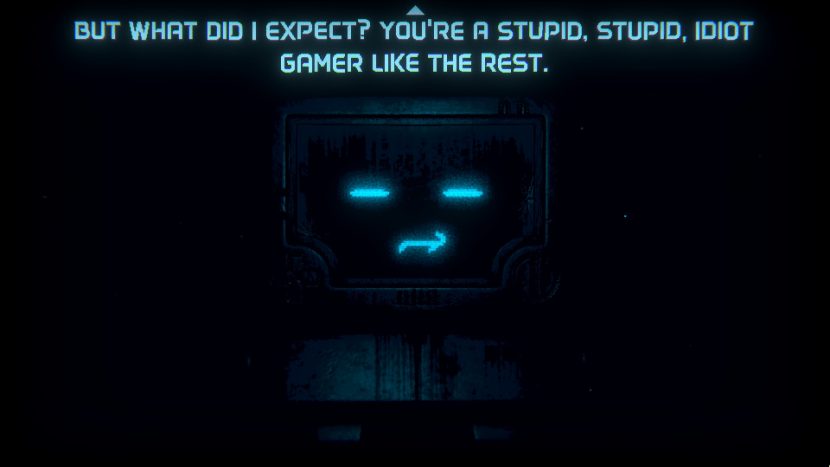 Hey, I broke the game fair and square

To the game’s credit, despite the style and game changes, the foundation of the card game holds up well. There are a total of four styles of decks each with their own rules and strategies to play around. It’s at this point that Inscryption is no longer a deck-building roguelike, but a story told through deck-building. It’s here that Inscryption will either hold your attention or lose you forever, and it brings up an interesting debate about fan expectation.

What’s in the Box?

Inscryption was marketed and promoted as a horror deck-builder, it’s what people saw when they played the demo, and that concept alone is strong enough that you could build an entire game around. With Inscryption, it is merely just the first act of the game, and once it’s done, you never have that same experience again.

This is not a deck-building roguelike, but a narrative told through the style of deck-building, which means that the gameplay is taking second place compared to the story. If you bought Inscryption under the assumption that you’re going to be playing a game like Monster Train, or getting a horror deck-builder, then you will probably be disappointed in the game.

And this “twist”, may not happen for most players until after the steam refund policy is over, and it has left people feeling a bit shafted. If you’re a fan of Daniel’s games, then you know there’s always a twist, but those twists still keep the structure of the game intact. Here, it feels like there are three different games on display, and you’re going to need to be a fan of all three to see the game through. 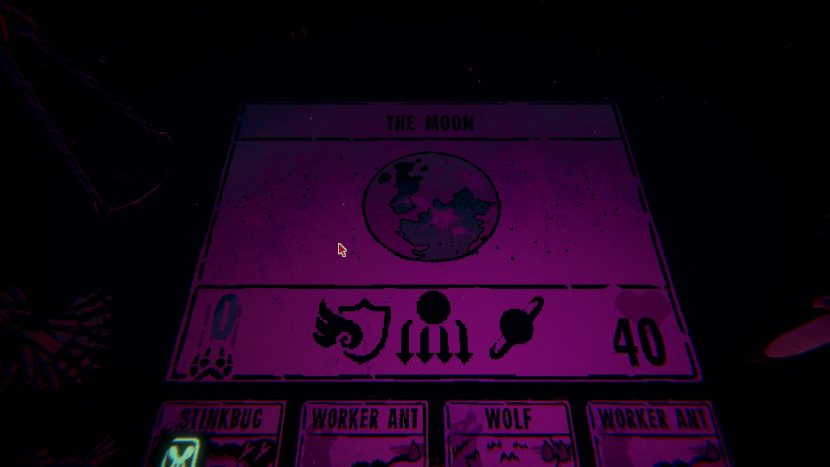 The twists of the game are both story and gameplay-related

One disappointment that I can’t write off is that two of the deck themes feel like they got the short end of the stick, and I would have liked full acts to really delve into their systems much like the beast and cyber decks. At the end of the game, you are left with more questions than answers, which I’m sure will be brought up in future projects.

One thing to note, all of Daniel’s games have multiple endings and ARGs (alternate reality games), so there is a possibility that there is far more to Inscryption than we know now, but it’s going to take some hardcore examinations by the fans to find out if there’s more here.

Inscryption is one of the more unique deck-builders out there and if it wasn’t for playing Library of Ruina earlier this year, it would be my favorite. Of the games I’ve played from Daniel, this one has the most in terms of actual gameplay, and why I could see how people are disappointed if they only looked at this because of the initial concept.

I hope that we see more from this universe or the style of mixing puzzle solving with deck-building, as there is a lot of potential in terms of the genre combination and rewarding people in one system by making the other one easier or more interesting. And of course, if you are a fan of Daniel’s previous games, then you are going to enjoy digging into another mystery.

This was played with a press key provided by the developer.

How To Make Catchy Intros to Videogames

The Evolution of the Indie Market