Rock of Ages 2 Rolled me Over

If there’s one thing you can say about Ace Team is that you never know what you’re going to get from them. The original Rock of Ages was a tower defense/Marble Madness game ran through a Monty Python filter. With the sequel, Ace Team has gotten the winning (and weird) formula down.

Papa was a Rolling Stone:

The story of Rock of Ages 2 follows Atlas who decided to take a vacation from holding up the globe to wander around and get into hi-jinks with historical and fictional figures.

The gameplay from the original is still set in stone. Outside of the boss fights, each map is played against the AI. Your mission is to use gold to lay down traps and obstacles on your opponent’s track to damage their boulder; while the same is being done on your side.

At the end of each track is the enemy’s castle which you’ll slam into with your boulder. The amount of damage you do is dependent on the speed and size of your boulder when it hits. Break the door down, and you’ll be able to roll over your opponent and win the match. 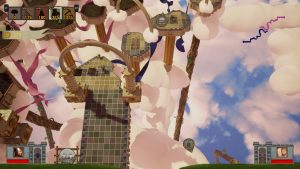 The gameplay is the same from the original, but with added refinements

Before each match, you’ll be treated to some of the most surreal visuals in a video game this year, and in a year with Persona 5 released no less. Even though the gameplay is on the simple side, Ace Team has done a good job of shaking things up with their improvements.

Rock of Ages 2’s Bigger and Boulder claim is justified thanks to the enhancements made. The visual design of the maps is amazing; with each map looking (and sounding) completely different. One element missing are the bonus keys hidden throughout the tracks which we’ll come back to in a minute.

The different kinds of units and boulders from the first are now better integrated into the gameplay. You’ll unlock new units by finding them on the world map, and boulders from beating a stage. Instead of having everything available in-game, you’ll have to chose which boulder and units to use on each stage.

There are now more areas on each map that you can put units down on with the caveat that squares can only be used once. Different units excel based on the map’s layout to really mess with your opponent.

Rock of Ages 2 does improve the design from the original, but there are a few potholes to talk about.

While the gameplay has certainly improved, the game as a whole is still on the short side. Without the keys or some kind of exploration mechanic, the maps can become repetitive. Boulders have had their health increased compared to the first game; making it harder to take them apart. 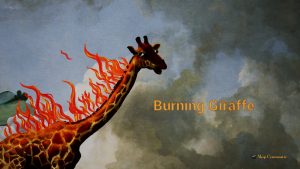 … Things will get weird

With exception to a lava map, you really need the enemy to mess up if you want to try and take apart their boulder. Speaking of which, the AI for the campaign seems easier this time around. Even on hard difficulty, it would step into easily seen traps, and on some maps got stuck.

The game is also shorter compared to the first one. I would have liked more boss battles or something else to mix things up. There is now an obstacle course mode where two players race through a stage, but it’s not as interesting as the main game.

Rock of Ages 2 continues the series surrealistic trend. The improvements do help the game as a whole, but I’m curious if these rocks have legs. As long as you don’t mind a short trip, Rock of Ages 2 is a crazy time for everyone involved.

A Critical Thought on Graphics in Video Games