With a complete redesign from top to bottom, Tomb Raider did a lot to bring Lara back to the limelight with a game that dangerously plays it safe.

Tomb Raider takes place at the start of Lara’s career, long before she became the bad-ass archeologist. On her first expedition, Lara and her friends and crew mates becomes stranded on an uncharted island forcing the untrained Croft to a trial by fire.

A subtitle for Tomb Raider could have been “Lara’s bad day” as by the end of the game Lara will have been stabbed, beaten, bit, burned and a lot worse (if you fail the QTEs.)

While you have an entire island to explore, Tomb Raider’s single player story was linear as Lara moved through each part of the island trying to figure out what was going on and deal with the island’s mysterious inhabitants. Besides the main quest, Tomb Raider featured numerous side quests, hidden tombs and collectibles for the achievement hungry.

Fans of early Tomb Raider games may be disappointed to find that the series’ penchant for environmental puzzle solving and exploration have been toned down in Tomb Raider. The environments while big, lack the movement-based puzzles of previous games. Lara’s move-set has been simplified in favor of giving her Metroid-styled upgrades as the game progressed.

As with Hitman 47 and Batman, Lara has her own variation of a “spider-sense” called survivor’s instinct: highlighting collectibles, important objects and her next objective. 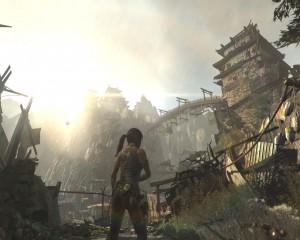 The environments look amazing, but lack the true freedom to explore the island.

Killing enemies, finding collectibles and completing challenges will give the player experience that with each level, allows the player to upgrade Lara in a variety of ways.

Scrap, found off of enemies and in crates can be used to improve her weapons which you’ll be using a lot of.

For a seemingly deserted island, Lara will go up against a small army of men gunning for her. Early on you’ll use a long bow for long range stealth attacks and then find additional guns as time goes on. In some areas the player may be able to sneak around and take out enemies stealth fully, but most of the time you’ll be in direct shootouts.

The shooting segments which come regularly during the main quest feel out of place for the game’s setting and plot and are a part of my main problem with Tomb Raider: For such a dangerous setting and situation, the design plays it safe.

Tomb Raider for being a complete reboot of the franchise owes its creation more to other games like Uncharted and Arkham City, rather than standing on its own two feet.

The starting plot of Tomb Raider: Lara must fend for herself and become a master survivalist was an interesting hook and something we haven’t seen in many games. But that gets buried underneath all the third person combat and Lara doing her best impersonation of Xena and Rambo.

For a game with a plot about surviving, Lara apparently didn’t need to eat, sleep, or drink despite being injured throughout the game. Metal Gear Solid 3 had a more realistic injury and recovery system than Tomb Raider and they weren’t even trying to make a survivalist game. 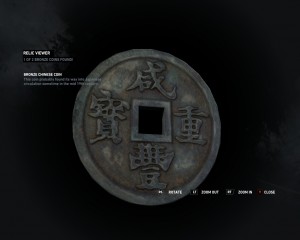 Exploring tombs and finding treasure are the best parts of the game which have been resigned to side-quests.

In fact, all throughout Tomb Raider there is this feeling that I’m playing two games: an open world exploration game and a brutal third person shooter.

I enjoyed myself far more doing the former than the latter which sadly was not the focus.

Most of the story related missions involves fighting your way through numerous enemies with basic platforming jumps thrown in, while the exploration was the transition between each combat set-piece.

The stealth areas were basic enough, although getting caught seemed to cause enemies to magically spawn in who weren’t there to begin with.

Speaking of brutality, I know that Tomb Raider earned some controversy before release with an alleged rape scene in the game. Having played through it, there is nothing along those lines, but I’m surprised that no one commented on the excessive violence levied against Lara in the game.

It seems like she can’t get through more than two cutscenes without something hurting her or someone knocking her out. I get that the designers wanted us to see how all this transforms her, but it seems more likely to turn her into a complete psychopath instead of a master archeologist.

The split personality of Tomb Raider’s design could be summed up in one scene that I’m going to slightly spoil. At one point Lara is critically injured with an open wound and can’t find any medical supplies. To recover, she takes a lighter and an arrow and uses it to burn the wound close. This was of course a painful time for Lara as she screams while doing it.

Literally the next scene shows Lara perfectly fine and immediately gets into a fight with about 15 men shooting fire arrows at them and blowing up objects. 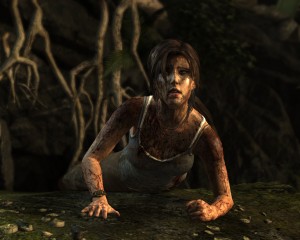 Lara may win the award for most durable main character of 2013 after all is said and done.

Tomb Raider was not a bad game by any means, but like with Bioshock Infinite it felt like the designers jammed in violence and extra combat for the sake of attracting the shooter fans, instead of making something completely original.

In that regard Tomb Raider is merely a good game, as opposed to being an amazing game.

If they stuck more with the survivalist aspect of the game and made less numerous, but more dangerous enemies I think Tomb Raider could have been a standout title.

Hopefully the reboot has done well enough at this point for Square-Enix to continue the new adventures of Lara Croft, but I hope next time we get Lara Croft: Adventurer and not Lara Croft: One Woman Army.