Mighty no.9 went from being one of the most successful kickstarters to one of the worst; up there with Godus for a lot of people. Whenever a kickstarted game fails, it always raises doubt in the platform and viability of crowdfunding. For today’s post, we’re going to focus on some major red flags to help you steer away from bad kickstarters.

Before we begin, it’s important to point out that this isn’t a catch-all for everything. There are cases where a game doesn’t show any signs of problems, but still fails; just as having these problems can still lead to a great game. However, when it comes to issues of delays, broken promises or development issues, these red flags are usually here.

The bar of kickstarter has been raised over the last four years. In the past, as long as you were passionate and had good details, you could make a great game. Broken Age was basically funded on Tim Schafer saying he had an idea for an adventure game.

That doesn’t work anymore; you need to show your work. We’ll get into detail about the video in a second, but if you have nothing to show someone outside of concept art, don’t expect your game to get funded. Consumers are now a lot pickier as to projects they’ll back, and they want assurance that you’ve been working already on it.

With that said, let’s talk about the video itself. Crazy skits and showing people talk about your game are not substitutes for actually showing your game off.

You can have those videos on your kickstarter, but there still has to be something game-related there.

Obviously, the more work that can be shown off, the better your chances are to get funded. The order of preference from least to most is: Trailer, Proof of Concept/technical demo and Game Demo.

While a video is a good place to start, there is another major problem to talk about

Stretch goals have become a debated part of kickstarter promotions. Some feel that they hold content at ransom from the consumer; others see it as an effective marketing push. I think they can work to enhance a kickstarter, but there is a limit to their usefulness.

A clear sign that there is a problem is when a kickstarter has a lot of goals; I’m talking a dozen +. Good stretch goals are those that enhance a game, but the game isn’t relying on them to work. Some examples would be: A new stage, better music, new class, voice-acting, cut scenes and new enemy models. In these cases, the goals are going to make the game better, but the game would still be good regardless.

Some bad examples would be: Multiplayer mode, brand new engine, new systems, and the biggie: Porting the game. Porting the game needs to be called out, because it’s usually the sign of development delays. You may think porting your game is easy, but getting a quality version on every platform is a huge pain in the ass. 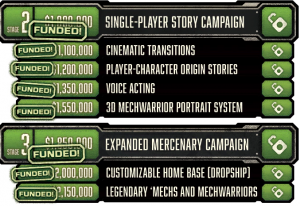 Shovel Knight despite being amazing, did have some delays and problems with their stretch goals. The big ones promised were brand new game modes featuring the other knights.

At the time of this post, they have finished one and are currently working on another. Planetary Annihilation also succumbed to stretch goal craziness with an original concept and scope completely altered through stretch goals.

The problems with stretch goals are twofold. First, it calls into question just what the heck was the original game plan going to be.

If you have 20 different stretch goals that add game-changing content, then how was the original game going to end up? Stretch goals shouldn’t turn a poor idea into a winning one; they’re supposed to make a great idea better. Even still, your original concept should have been good enough to work without the stretch goals.

The second point is that it’s very easy to completely overwhelm your team and development outline. Every stretch goal means more time and money spent working on the game. To make matters worse, you are promising content that you have no idea if it will even work in your game.

Stretch goals only work when you have a solid game plan for the scope of your project, and I have a good example. Harebrained Scheme’s kickstarter for Battletech pitched four different versions of the game. The stretch goals were built around adding game-changing content, but with a twist. The difference is that these additions were gated by the funding goals, and the developers spelled out each version of the game. 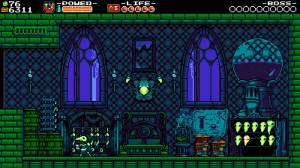 The basic tier of funding would get a game built around skirmish maps and play. When they hit tier three, they added in an entire singleplayer campaign and enhanced systems around it.

The takeaway was that the developers outlined exactly the scope of the project and planned their development time-frame for each goal. You knew what you were getting with each tier and the extent of the design. They also only had four tiers of goals, not two dozen stretch goals of differing content.

Our final point is another big one, but it’s one we don’t see until it’s too late.

One of the hardest parts of a kickstarter for the developer is setting the kickstarter goal. There is often a big difference between what you want and what you need. If you ask for too much, then you’re less likely to get that funding unless you’re already a big name. This is where a lot of developers will purposely ask for less than what they need, and only get part of the funding.

The plan is to then work on the game enough so that they can either sell it on a platform, or market it to a publisher to get the remaining funds. This is very risky and most of the time will not work out. The problem is that you are basically working on borrowed time; any delays or problems and you are screwed. 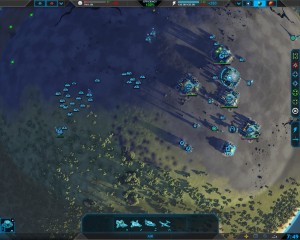 Another situation is if the real funding amount is one of the stretch goals you have, but you barely make it over the initial funding. At that point, you are now committed to finishing a project without the money that you even needed.

Unfortunately, while this is a big problem and surefire sign of trouble, we can’t talk about it here.

Issues of low-balling are not readily seen during the time of the kickstarter, and won’t make themselves known until it’s too late. The trouble of trying to pitch your game and funding is a topic onto itself and one that we can’t go into detail about here.

I, like many others still believe in the use of crowd-funding; I’m still trying to get what I need via Patreon. Failures like Godus or Mighty no.9 aren’t going to doom the model anytime soon, but will cause consumers to be more careful with their funding. If you can put together a campaign that avoids these three flags, it will help improve your odds come Kickstarter time.