The Best (and Worst) Part of the Game Industry

The Game Industry is not like other industries when it comes to leadership. When you think Football, you think of the NFL, Baseball:MLB, Basketball:NBA and so on. There are also industries that have centralized locations such as Nashville for country music or Hollywood for movies.

The Game Industry is unique by the fact that we are not centralized at all. There are advocacy groups like the ESA, IGDA and so on, but they don’t have any real sway over the entire industry. If the NFL says that football will be played with a different kind of ball, then that will affect every major team in the country.

The Game Industry has avoided being centralized since the days of Nintendo having complete control over what games were made and their content. Today, we have an industry that has literally spread all over the world. Being this spread out is the good of a decentralized industry.

With Game-Wisdom, I have spoken to developers on almost every continent at this point (still waiting for an Antarctica and Japanese developer). With every story I’ve heard, there’s one constant I keep hearing: Every story is different. There is no set path to working in the Game Industry. As long as you have a team and the knowledge, you can create a game and sell it. 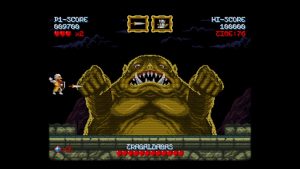 Thanks to Steam and digital distribution, developers are not locked to their local markets. This has also led to games showing off the unique cultures of their respective countries.

From a career point of view, there are no requirements to be a game designer. Likewise, there is no set definition for what is a video game; I’ve played 80+ hour RPGs and 10 minute art games in my time.

And because of all that, we have some of the most diverse offerings out of any industry. However, there is a big downside and something that shows no signs of going away.

The Game Industry has taken great effort to remain open to all, but this also means that there is no one that speaks for us. This goes back to the myth at the start of this piece. You cannot say that the Game Industry does something, because there is no acting body that controls it.

The only time that the Game Industry got together on a matter was with the creation of the ESRB. Even then with how decentralized things are, it’s not a requirement to use them if you’re a small developer.

Without any acting leadership, it’s almost impossible to enact any industry-wide policies. What this has led to is a Wild West approach for how to run things.  And while this has given us a variety of companies, it has also caused a number of problems.

Issues like unpaid overtime, stressful conditions, sexism and more. There have been talks about having a Game Industry Union, but there has been very little movement for it. The fact that developers are all over the world makes this even harder. 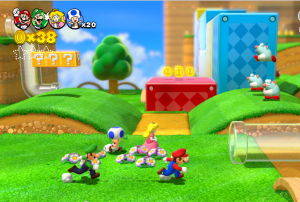 Maybe, just maybe, we can get the big publishers to agree on certain policies, but what about the hundreds (if not thousands) of studios globally?

Then we have the divide between competitive games/ESports and the rest of the market; which is its own topic at this point.

I’ve been talking about more work with backwards compatibility for years now, but again, how do we get everyone on board with it? And that is the big problem: It is impossible to talk to everyone in the industry.

If someone wants to raise the hourly rate for game developers, how do we make people who only care about sound engineers or artist or programmers also care? I know what you’re about to ask: What’s the solution? And I don’t have one.

There is no easy solution to this problem. We either remain decentralized and let everything go, or we try to come up with a way of having industry-wide policies. Should there be someone who “runs” the Game Industry? Do we need a council or “Top Men”? Again, there are major pros and cons to both, but I do feel that it’s time to draw the line in the sand and settle on what do we want for the Game Industry.

A Critical Thought on Difficulty Settings