Celebrating the Rise of Indie Development

How the 2010's Became the Decade of Indie Development

2020 was the end of yet another decade of the game industry, and like with each one that came before it, the industry would grow and completely change to the point that it would be unrecognizable to look back. For today, I want to celebrate the group that grew the most in that span of time, and how the last decade should be remembered as the rise of the independent developer.

It’s funny to sit here writing this with many of you knowing full well the major names of the indie space today, but 25 years ago, indies were a well-kept secret and not known to most consumers. During the 90’s, the only way your game was going to get into a retail store and onto a major platform was for it to come from a publisher. Companies like Sega and Nintendo had no interest in dealing with small teams, let alone anyone who was trying to push the envelope in a way they didn’t like.

The very first indies would belong to studios like Spiderweb Software, Croteam, and Introversion. While Jeff Vogel of Spiderweb is known among RPG circles, his games, I feel, still haven’t broken through to the mainstream. Of the three, Croteam would have been the most recognizable until the last decade thanks to the Serious Sam series. It wasn’t until Prison Architect becoming the breakout success of Introversion and one of the best early access releases that they would become more recognized.

During the late 90’s and into the 00’s, smaller teams would express themselves in one of two popular areas. The first was with modding and creating anywhere from simple mods to complete conversions of games. Incidentally, the tower defense and MOBA genre were created originally as mods from Warcraft 3. Sometimes, these mods would prove to be so popular that it would earn the creator recognition and maybe even being noticed by the original developers.

The other option was to experiment with smaller games using the now dead (RIP) Flash language. I remember the first time I downloaded Shockwave and used their site for watching shows and playing lots of games. These games were interesting, but none of them could hold a candle in terms of content to the AA and AAA teams.

There are three events, in my opinion, that would lead to the rise and legitimacy of the indie space. The first was the release of Cave Story in 2004 by Daisuke Amaya. Worked on over the course of five years. This was one of the major examples of showing off what would become the standard of the indie game market in about a decade — a game made by a passionate developer that could stand design-wise with the major companies.

The next event is one that no one during the decade could have seen coming — the rise, explosion of popularity, and industry-defining standard that was Steam. Steam was originally launched in 2004 but did not see its major growth until 2007’s Orange Box that was one of the best promotional bundles to get people to use Steam. To put it frankly, there would be no indie market if it wasn’t for Steam paving the way for digital sales. By sidestepping major retailers, it was possible to sell a game of any content to consumers, and this opened the door in a big way. When I speak to developers like Jeff Vogel who have been around for over 25 years, there is no denying the impact Steam has had on indie developers and being able to even have something called an “indie market.” With that said, it wasn’t until 2012 when Steam greenlight was established to make it easier for indie developers to get onto the store front. 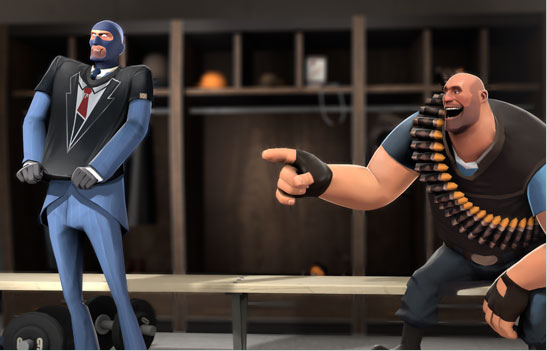 This was followed by Steam Direct in 2017 which drastically reduced the submission process to get onto steam. I know there are plenty of complaints regarding the market being flooded today, but Steam’s opening and digital growth were instrumental in allowing the consumer to access these games from a safe and reliable marketplace.

The final event that would begin this spark of indie development came in 2008, when for the first time, a major console platform looked at the indie space to promote the games there. Microsoft launched the summer of games promotional event and featured both Super Meat Boy and Braid. This was a huge deal for several reasons. Most consumers did not know about indie developers, let alone Jonathan Blow or Team Meat, and this was the first time an indie developer received the backing and support of a console. Both games couldn’t be different from each other and showed the range of design that would become a standard of indie developers over the decade to come.

Like Cave Story before it, these games showed that you didn’t need massive teams, huge budgets, or the latest and greatest engines and tech to make an amazing videogame. Fez would join the list in 2012, with all three games’ development spotlighted in the movie “Indie Game: The Movie” in 2012. Over the last decade, indie developers began to show the advantages of working in the space and establishing a new market for videogames and game development.

The Power of Indie Teams

Speaking about the advantages that indie development has over AAA has been a popular topic of mine for some time. Most indie developers will never be able to hit the level of refinement and polish that comes from having the resources of a major company, so they had to go in a different direction. Without any doubt in my mind, the most creative and unique games to come from this industry are from indie developers.

When you don’t have to worry about shareholders and playing it safe, it has afforded many indie developers the ability to work on their passion projects. This has led to experimental designs (more on that in a second) and telling stories that they want to tell. While many people will mention representation in games like The Last of Us 2 or the Life is Strange series, indie developers have been telling LGBTQ+ stories for years now. We could possibly argue that the push for more AAA developers to break away from the straight white male demographic came from so many people experiencing representation in the indie games they’ve played and wanted it in the AAA titles.

From a design standpoint, the indie space has become the second home for genres that have fallen out of favor in the AAA space, and the foundation for games no one could have conceived being developed. When horror began to disappear among AAA developers in 2014, it was the likes of Five Nights at Freddy’s, Outlast, and Amnesia that would lead to the indie horror market. It’s so easy to forget with Resident Evil doing well once again, but that series, along with AAA horror, was pretty much dead at one point. The same could be said of platformers, and how the genre basically became just Nintendo’s playground with the Mario series. In the indie space, however, we have everything from modern retro titles like Shovel Knight, challenging technical games like N, and of course award winners like Hollow Knight, Celeste, Ori, to name just a few.

And then there are the experimental or unique designs that haven’t been fully done by AAA developers yet. Roguelikes that were the focal point of my third book are still more of a focus by indie developers. Over the last decade with the growing expansion of the genre and roguelite design, the genre has found new life among a wider audience of consumers. Recent hits like Hades, and the growing deck builder roguelike design of Slay the Spire have given the genre new life. The mega-success of Disco Elysium is further proof that indie developers can work on something that no AAA developer would sign off on to do something so out of the norm. 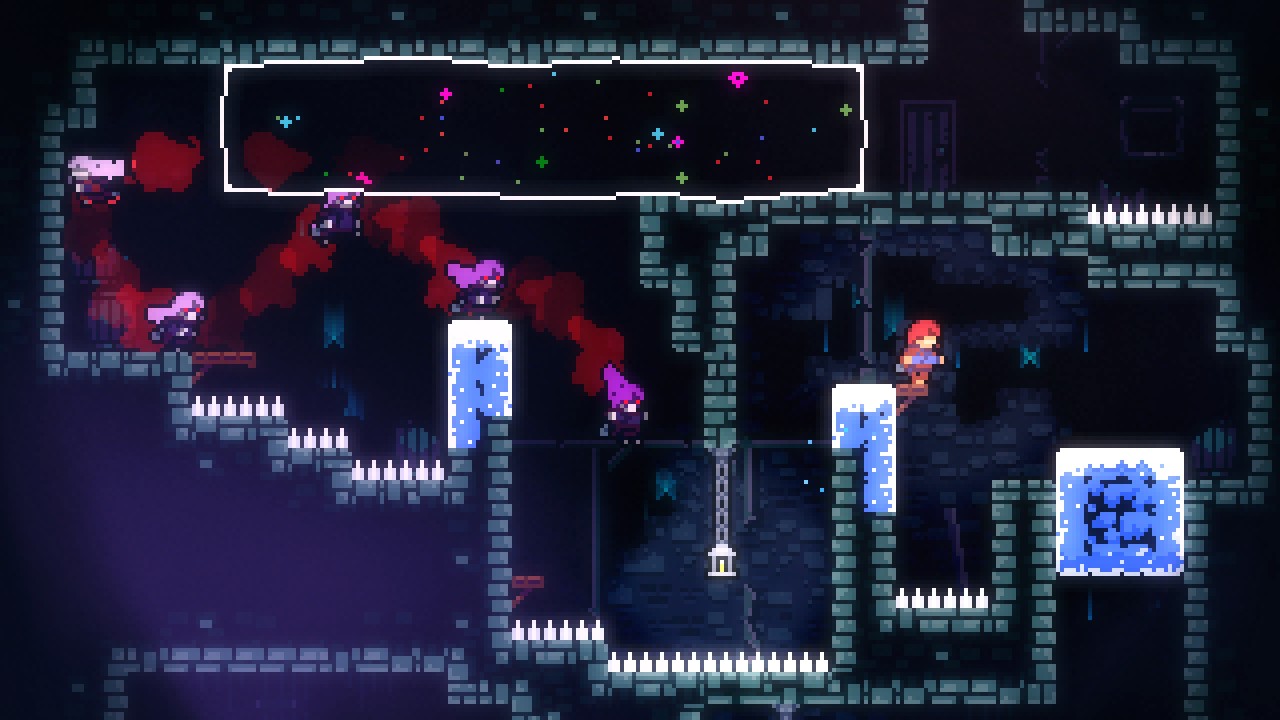 These reasons are why I have really stopped caring about most AAA developers because I’ve seen all those games done before. For my long-time followers, you know it’s very rare for me to actually have a AAA game in my top 10 each year. Usually there’s one, but the rest of my picks come from indie developers.

What it means to be Indie Today

In a span of 10 years, the term “indie” has evolved from either a shovelware game or something you play when you’re bored, to a tour de force expression of game design. When it comes to the art and business sides of the game industry, indies have elevated the art higher than any AAA developer has done in some time. The last console generation has been a welcoming party for indie developers, as console manufacturers are seeing the potential from these teams.

Not only are consoles trying to court indie teams, but we saw the widespread growth and use of public game engines. As I say in my library talks, today, you can literally download a commercial-grade game engine and begin trying to work with it. I know there are plenty of students and teachers who are loving the creative outlet possible thanks to indie development.

With all that said, there are negatives we could talk about when it comes to discoverability among other things, but this is meant to be a positive post…and we’ll have plenty of time to talk about those in later pieces.

To end on, what are some of your favorite or most played indie games released over the last decade?