A recent conversation I had for a podcast (which won’t be going up for some time I’m afraid) reminded me of one of my favorite games of recent years and possibly of all time. XCOM Enemy Unknown was Firaxis’s take on one of the most popular titles for PC gamers and they managed to create something that evoked the spirit while going in a new direction. While it’s not perfect by any means, the design decisions and streamlined approach are worth discussing.

X-Com as a series was all but dead before both Enemy Unknown and the failed XCOM FPS. The story was that after the outcry of someone taking X-Com and trying to make a FPS out of it, the fan reaction was strong enough to convince Firaxis and publisher Take Two that there was still a market for the series.

While the XCOM FPS was eventually made and released as The Bureau, it was a shell of its original idea and has mostly been forgotten. Enemy Unknown originally started a lot closer to the original game’s design and structure; featuring the same tactical system of using time units or TU to dictate actions. How it worked in the original was that every squaddie had TU based on their ranking and stats which determined how much they could do in one turn of play.

Different actions cost varying amounts of TU and it challenged players to figure out the most effective use per turn. Do you spend TU moving to cover? Take a carefully aimed shot? Or go all out with quick shots to hopefully kill the alien who just turned the corner. 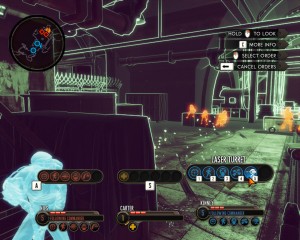 The Bureau had some good ideas, but could not live up to the standards of XCOM

While this system offered a lot of options for the player, it was also very cumbersome. You had to constantly keep track of your TU, lest you ended up just a few units short of shooting that alien.

Also, every squaddie had different amounts of TU which inherently made some characters better or worse for the rest of the game because of it.

Firaxis went in a different direction to streamline matters and while some hardcore fans may have argued against it, I think the decision was the right one in this case.

“Streamline” was the mantra for XCOM Enemy Unknown and Firaxis took it to heart with redesigning the systems for modern audiences. First was tactical combat, as mentioned TU were removed in favor of a two action system. Basically every character in the game had two actions per turn that they could use; they could move and shoot, move twice, shoot once, or use special abilities with any combination of the other actions. 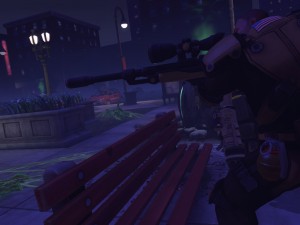 Action cams helped to show off the action and add more excitement to the lives of your troops.

This redesign was great for several reasons. First was that it kept the tactical nature of controlling your units but removed the need to keep track of TU for an entire squad of units.

The two action system was easy to keep track of and it locked all units into the same system.

Another point was that it removed a major determining factor for a squaddie’s viability as now every unit handled the same way.

Another feature was a reliance and use of cover to dictate a unit’s defense. Staying out in the open would leave a unit susceptible to easy hits while cover raised their evasion rate. This feature was hotly debated among fans but it became required with the change to set maps.

The base building and campaign were also streamlined; with the player forced to decide which missions to go on and a strategic decision of how to set up their base.

Moving on to squaddies, Firaxis’s change to unit development and specialization also made for a much more exciting game while letting people really become attached to their units.

The Squaddies of X-Com have always been a way for people to become attached to their team. Whether it was by naming them after friends and family or having a really good character rise up in the ranks and power that you wanted to keep around. Firaxis took this a step further with customization and personalization aspects to them. Every squaddie could have their look altered and their armor made a different color and design.

In terms of gameplay, squaddies would rise in rank and fit into different classes which determined their growth. The classes varied wildly in their abilities and it was a major difference taking a sniper vs. a heavy and so on. 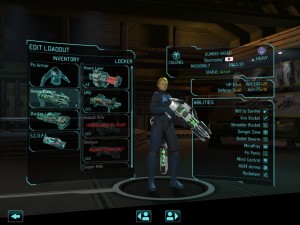 Another major change was limiting the number squaddies that you could take on one mission. In the original, you could have teams of over 10 squaddies that all had to be managed and looked after  and along with the TU requirements, made turns take a very long time to complete.

While only having 4 squaddies at start (with the ability to raise it to 6) was a huge departure, this kept combat from taking a long time and still provided tactical options for the player.

More importantly this provided a framework for the map and enemy designs. Previously, the huge number of squaddies presented a problem with figuring out how to balance the various maps and enemy squad sizes. By keeping it to these set constraints, this allowed Firaxis to properly balance everything around the limited sizes.

Next, I want to talk about XCOM Enemy Unknown’s first (and possibly only) real expansion and why it worked so well and something that I want other designers to copy.

The first piece of DLC for XCOM Enemy Unknown was a three mission set piece that was not looked at favorably. The reason was that it betrayed the concept of X-Com; forcing the player into three missions that played out the same every time. Firaxis noticed this and went back to the drawing board when they created Enemy Within.

Enemy Within is one of my favorite expansions to any game; because it didn’t just add stuff to the game in the sense of 10 more hours of content, 5 more missions, etc. Instead the developers went across the board to enhance almost every aspect of Enemy Unknown. Squaddies got more personalization and customization options, the use of MELD for augments, new items, new enemy types and something completely new in the form of a new faction. 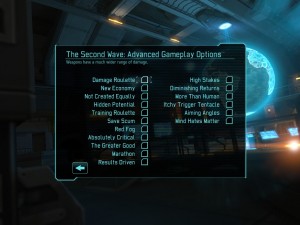 The new faction was designed as a human threat against X-Com and it provided a change of pace fighting enemies who used your same tricks against you.

This added a new wrinkle to the campaign mode and didn’t necessarily add length to a playthrough, but simply added more things to keep track of during one.

Enemy Within provided expert players with new content to shake up their runs while giving lesser skilled players new options and tactics to try out to help improve their play. My last point is I want to talk a bit further about this bridge between novice and expert and why Firaxis implemented an amazing difficulty system.

X-Com Enemy Unknown was designed as a game for older fans of X-Com while creating something for a new generation of gamers who may not have heard of the game before. A lot of the streamlining was done for new gamers and to create a system entirely original from Firaxis instead of trying to stitch up the original.

But all that would be for nothing if Firaxis forgot about the original fans and that’s why they provided options for everyone with the difficulty settings. Beyond just iron man or regular play, there are multiple difficulty levels that change how dangerous the enemies are.

These changes make the aliens more dangerous, and were really meant to actually punish the player for making poor choices.  On classic and above, you really needed to think hard about attacking from half cover and the use of hunker down skill became important to use.

And then there are the second wave options which to me are one of the best ideas I’ve seen. How they worked was each option essentially altered the gameplay in important ways. In a sense, they added back in the randomness and greater variety from the original X-Com. For instance, you could give squaddies back randomized stats and even randomized skills, enemies would follow different rules and all in all these options added interesting decisions to the game. 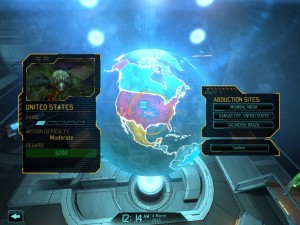 The beauty of this setup was that someone new or a novice player wouldn’t be able to access them or even want to, as the game was balanced on the regular difficulties.

These options were rewards for fans that wanted to play the game with more options and were a great compensation for expert players who wanted a little more challenge in their game.

As I said at the start, XCOM Enemy Unknown is not perfect and there are a few slight issues that I want to touch on briefly. Linear missions such as the final and base invasion I felt were out of place compared to the more randomly generated situations in the original.

The set type of missions and terror situations also made things a little too linear in my opinion. Every abduction was always a choice between three with panic going up no matter what, compared to the original where you could effectively cover multiple continents with enough air support. 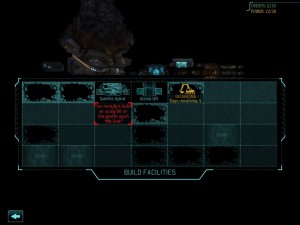 Having base invasions relegated to one set mission as opposed to being more challenging regular missions was another mistake in my opinion.

At the higher difficulty levels, it was very hard to recover from any major defeat or lost of squaddies and many times things could go down the drain very quickly.

But despite those issues, XCOM Enemy Unknown is easily my favorite game from Firaxis and it exemplifies what has made the studio great over the years. We have a game with a lot of depth that can be played by novices or experts with enough considerations for both groups.

I really wish that we can get another XCOM from Firaxis or even a full length expansion as I think they really hit it out of the park with Enemy Unknown. With all that said, now I get to go back to waiting for the day we get a Simgolf 2 and maybe I’ll have a post for that at some point.