Why the Community Matters in Competitive Games

One of the most popular and lucrative markets in games is the competitive scene. Games like Starcraft, Street Fighter, DOTA, CS:GO and more, continue to earn money thanks to the Esports push and games as a service model. But time after time, one of the biggest failures of this market is not cultivating the community, and why a lot of competitive games just bleed out.

Competitive games regardless of its platform or design has two kinds of fans. On the extreme end of the spectrum you have the hardcore. They are the expert players who either play competitively and/or on the top of the ranking bracket. For Esports titles, they are the players who get watched and followed.

On the other hand, you have the larger pool of casual or normal ranked players. This group includes new players just trying to get in, or people who know how to play but aren’t at the high-end level. The majority of an online community will always be filled with a casual base.

With that said, it is possible for casual players to rise up over time to become core or even experts; which is very important and we’ll talk about why next. In order for a game to survive and thrive, you want more casual than expert players, and here’s why.

What keeps the best competitive games going is a constant influx of new players. The expert player base will largely be set and remain stable over time. They are the people you have already won over, and barring anything massive, are going to stay around.

The goal of a competitive game is to foster a community of players who are coming in and either staying in the casual side, or rising up to the expert level. There will always be casual players who drop off for one reason or another, but you should have new players coming in. 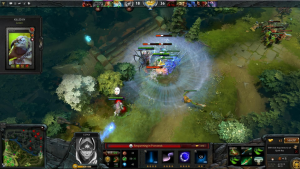 You never want the hardcore and casual bases to interact with each other, because both have different expectations. Casual players are still figuring the game out and want to play players of even skill and progress. The hardcore are playing the game seriously and watching their ranking and performance.

If you lose your hardcore base, no matter how unlikely that may be, then casual players will have no one to watch or a goal to aim for. Without your casual base, there will not be any mainstream interest in your title and your community will slowly die.

This is very true of games built around online PvP as the sole form of progression. If all you have are the very new players and the highly ranked with no one in-between, it may not be possible for anyone else to progress in your game.

Speaking of online PvP, for games with abstracted progression, it’s very easy to run into a situation where new players are going up against people who will easily win by virtue of their abstracted progression. No one wants to play a game where the second they start playing they are being killed without any way to get around it.

And that takes us to our final question for the post: How do you keep people playing?

As we’ve talked about, the hardcore side is very hard to dislodge from your game. The main focus as a designer has to be on fostering the community of new and core fans. The beginning of your game should be as welcoming and accommodating as possible. If your game is built on abstracted progression, then new players should be given everything they need to have a fighting chance.

This is why a match-matching or ELO system is important. You need to keep expert players away from your casual base; especially if you have a progression curve. There should be systems in place (or added if need be) to make sure that new players are able to progress regardless of the state of the community. While you still want to add new content and features for expert players, you should be paying close attention to any “pain points” that come up in your game.

If you have a lot of players at full level, and a huge drop off at level 30, then you should look at what’s causing people to stop at that point. Remember, there will always be a dedicated following that will push through any trouble spots, but that doesn’t give you an excuse to leave them in. 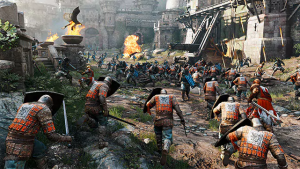 If you game is not accessible to new players, then your community will eventually die out

Finally, it’s important to have a well defined end-game and who it will be tailored for. If your end-game is only for the expert players, then you better make sure that your game has prepared your community for it.

Games as a Service/Competitive Games live or die based on their community. Once you lose the attention of the core and casual base, the countdown begins for your game. Without new players coming in, you will never be able to grow your game again.

At that point, you can only cater to the hardcore and any turnover will not be fixed. From there, it’s only a matter of time before you’re not bringing in enough money to sustain development and the self-fulfilling prophecy of your game dying comes true.

Remember, a great community is built on a wide spectrum of people, and no competitive game will last long being exclusive.

A (Game) Industry Insight Into Atlus vs. Let’s Plays