2020 will arguably go down as one of the craziest years many of us will experience in our lives, it was also a year that really brought to the forefront the positives of easy-to-access videogames. Nintendo’s Game Boy line, which evolved to the Game Boy Advance, to the DS and finally 3DS/2DS, is pound-for-pound one of the best collections of games assembled across its iterations; arguably ranked up there with the original Snes and PlayStation 2.

So it’s with some shock that you may have not realized that Nintendo has ended production on all DS handhelds in 2020 and the entire line is now inaccessible in its original form. I didn’t realize that until I tried to get a new one after my 3DS XL’s top screen broke this past week. Many of you know where I stand on the importance of game preservation and my thoughts on emulation, but Nintendo’s decision to kill one of its best products is just wrong for the industry, wrong for fans, and wrong for the market.

When it comes to the handheld market, Nintendo has retained its dominance for over 30 years; beating all competitors including the PSP and Vita. What originally started as just a platform for essentially watered-down versions of console games with the original Gameboy in 1989, things changed with the release of the Gameboy Advance in 2003. For the first time in the platform’s history, we began to see not only truly original games, but what would become undoubtedly the strength of handheld games.

With the GBA, we finally had a handheld that was powerful enough for developers to use to experiment with game ideas, and work on a far less expensive platform compared to the consoles. While people are celebrating Fire Emblem on the switch, it’s important to remember that the series was originally a GBA exclusive as the only way of getting it here in the US. While the 3D Castlevania games suffered, the 2D metroidvanias were some of the franchise’s best entries. And of course, let’s not forget the multiple RPGs and JRPGs that the genre had a second renaissance period with hits like Golden Sun.

In 2004, the Nintendo DS was launched and for the first time in the platform’s life, the DS was able to do things unique compared to its console competitors. This was the first time we would see touchscreen functionality built into a videogame platform and the use of dual screens may not sound like much, but it was a huge deal for design. Having that second screen afforded developers for the first time the ability to create original UI that accounts for two screen’s worth of information being shown at all times. This would make it easier to play to games that had a lot of information to show, such as strategy titles.

Not only that, but the DS would become the home for many original and unique properties that were not available anywhere else. Etrian Odyssey, The World Ends With You, Elite Beat Agents, Warioware, Phoenix Wright, and many more. Even more RPGS were produced for the console, with many unique ones coming from Atlus. Without the DS, many original franchises would have never gotten off the ground or gain a foothold outside of Japan. Incidentally, this is where I would first play a true roguelike in the form of Shiren the Wanderer.

This would continue into the 3DS era first released in 2011. Truthfully, the 3D effects were more of a gimmick than anything else, but the added power the 3DS had once again gave us a generation of great titles. From new Paper Mario games, the several Shin Megami Tensei titles, and one of the most underrated games in my opinion, Kid Icarus Uprising.

What would come to define the Gameboy line into the 3DS era was a platform that provided developers with a powerful handheld that stood out from the rest of the industry — letting designers experiment with new ideas more cost-effective than if they tried it on the console. Given how much value there is to the entire line, I am shocked that Nintendo killed it in favor of the Switch.

While I am shocked overall, a part of me understands the immediate rationale behind the decision. The Nintendo Switch is essentially a portable game console, and we’ll need to have more of a talk about that portability and the Steam deck at a future date.

However, a portable console is not the same as a handheld. The switch was not marketed or designed in the same way as the DS line and handhelds before it. The games designed for handhelds were explicitly built both for the portability of the device and for being cheaper to develop. Therefore many DS titles were released at the 30-40$ range as opposed to switch games being released at $50-$60.

A major element of the UI of the NDS was either playing games with both hands on the device (like holding the switch) or with one hand using the stylus and the other one holding it. Even if the Switch did receive virtual offerings of DS and 3DS titles, there would still be a lot of them not playable on the device.

The dual-screen UI may be possible with the larger screen of the switch, but there is something about having two different screens designed around unique information that the DS and 3DS did so well. This afforded many designers to present very clean main screen UIs, and put the bulk of the information on the touch screen, or bottom screen.

For consumers, another major attraction was the overall price — with each DS and 3DS version priced noticeably cheaper compared to consoles.

I am very angry now at Nintendo at how nonchalantly they not only killed one of their best product lines but have now set a ticking clock for the erasure of three platform’s worth of amazing games. Right now with my 3DS broken and Nintendo not even doing repairs, my only options are to either emulate or spend at most double the MSRP on a new 2DS XL in order to preserve the ability for me to play those games. To even begin to rebuy the games I could find on the Switch would cost me more than spending the extra mark-up on a 2DS XL. Even if by some miracle we get the entire backlog of these platforms on the switch’s eshop, that is just putting a band aid and pushing the clock back over a larger problem. As once Nintendo moves on from the Switch, the problem returns. 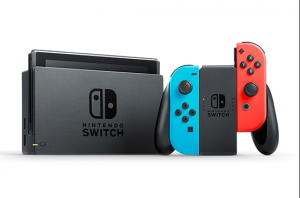 The switch may be portable, but it is not the same as the DS line in form and function

Whenever the topic of game preservation comes up, I am vehemently on the side of emulation and preservation. I’ve always felt that a lot of consumers ignored handhelds like the GBA and DS and considered them to be “lesser games.”

However, just as we’ve seen this renaissance of elevating mobile games over the last five years, I have seen groundbreaking amazing handheld games from the GBA-on that are now in danger of being lost. Every Nintendo fan hearing this news should be raising hell to the house of Mario, as it’s just not right for the industry to lose so much of its history; let alone one of the reasons for Nintendo’s longevity in the market.

If Nintendo is going to stop developing the line, they should at least give consumers one “master DS” that can play these games and setting up for long-term preservation of allowing fans to download these titles to the device. On a slightly unrelated note, this is also why I want them to put in place a long-term solution for accessing their classic libraries, as opposed to having to rebuy them piecemeal with each new console cycle.

Back to the point about game preservation, this is the exact reason why there needs to be a third-party responsible for the preserving and maintaining of classic games. If a company can kill off one of the best libraries of games the industry has seen, and consumers can’t get access to them anymore, what does that mean for the rest of the market?

For the reader: besides hopefully being upset about this news, what titles are you going to miss the most not being able to play and not available on the switch shop?

If you enjoyed my post, consider joining the Game-Wisdom discord channel. It’s open to everyone.

For this month’s game dev roundtable, we’re joined by a newcomer, Seth, for a topic on long tail game design, or designing a game around months or years of post launch support.

The Roguelike Replaybility of The Binding of Isaac

For this episode of Completion Critiques, I’m examining the achievement rates of The Binding of Isaac to see how this unique action roguelike did in terms of getting people to keep taking the dive down into the basement. If you would like to vote on upcoming episode topics, patreon supporters get voting access.

Developing Games for an International Market

For this perceptive podcast, I spoke with Natalia from the company Alconost that specializes in translating videogames and other mediums into different languages and works with studios on making international trailers for a talk about their work. We spoke about how different countries and cultures can affect how you market and design your game for them, tips on translating your game, and more.

For the second part of my collab with Superjump Online, I talked about modern adventure game design and the titles from Wadjet Eye.

For this critical thought, I spoke about art vs. aesthetics, as well as a third category: games that combine their gameplay with their aesthetics. Correction: When describing what art I meant describing the actual fidelity of your graphics and how that is dependent on your engine.

The Problem With Spikey Gameplay