How Forager Defines the Good Kind of Grinding

Forager is another great example of the creativity of the Indie space and how a great idea can go places. Originally a game jam game, it grew into a full-fledged title that was released last month and is still being updated. Today’s post isn’t going to be a review of the game — as it’s amazing — but discussing how the game is one of the best examples of the right kind of grinding in a videogame.

Grinding — as it’s defined in most games — is when the player is forced to repeat a task or a set of tasks in order to continue progressing in a game. Anything that is not directly related to the situation at hand will not help the player out.

The most common kind of grinding is that of RPGs and mobile-styled games. If the player reaches a boss or encounter that is too difficult, their only option becomes to grind easier encounters to either level up or earn enough money to buy better gear.

Most mobile titles are built on an ever-escalating scale of grinding. Adding salt to the wound, many of these titles have grinding built into their loot-box progression model: where you need to get the right drops in order to upgrade your characters or gear. If the game is not dropping what you need, there are no other ways to continue progressing.

When a game becomes a grind that can ruin the experience permanently, but what about a game that is all about grinding?

Forager can be described as an elevated idle game. Your only mission in the game is to keep growing, make more resources, and fill in the land. Everything in the game requires the player to grind in order to progress.

As with all idle games, Forager starts as a very hands-on experience for the player. Everything must be done manually and there is a lot of time spent gathering materials and waiting on them to get refined.

By performing any task in the game, you start to earn experience points that can be used to level up. At each level up, you can choose a perk from an expanding list to unlock. These perks can grant bonuses, unlock new items and structures, and will always give you something new.

Heading into the mid-game, you unlock elements that either automate previous tasks or speed them up. By the time I was finishing up the game, I had super-powered weapons that were harvesting everything that was then stored immediately, banks producing free money every minute, and literally everything I did was giving me experience for levels.

Forager, as with Stardew Valley before it, were built on this focus on “busy work”, but they both understood how to make grinding fun and interesting.

Titles that become a grind to play typically occur when the player is not able to make progress as easily as they were before. Another point is when the player is just repeating the same tasks repeatedly and there is no further development.

Forager succeeded on both fronts thanks to smart design decisions. Progress is always occurring in Forager thanks to the experience bar. As the player, you always know that what you’re doing is moving the game forward — whether that’s big or small. 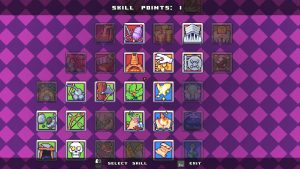 Instead of just scaling the production or grind as the game goes on, Forager introduces new elements and streamlines the old. At the start of the game, collecting sand is a massive pain and designed around the RNG of fishing traps. Keep playing and you’ll unlock shovels that allow you to dig up artifacts and can be further enhanced to always produce sand.

Wherever there is a slow spot in Forager or when the grinding feels annoying, there will always be a way to mitigate or remove it at some point. And by the time that happens, the player will have something new to go after.

Stardew Valley works the same way — every task you perform earns you experience in said task. When you level up, you’ll unlock ways to make that task easier and new things to do in relation to it.

There’s never a time in either game where the player is just spinning their wheels waiting for something to happen. The longer someone plays these games, the more content becomes unlocked. Earlier tasks either become trivialized or even just removed in favor of new goals. The player should not be having to do the same busy work they were doing at the start of the game when they’re hours ahead.

My final point for this piece is an important one. Games like Stardew Valley, Forager, Weapon Shop Fantasy, and more understand that grinding by itself does not make the experience interesting. The player must be going for a goal or accomplishment and said goal should not just be more grinding. 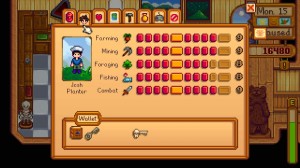 If you look at the Anno series which is built entirely on production chains and min/maxing, their gameplay loop doesn’t change but becomes more complicated to figure out.

Many developers look at idle games as the basis for a disposable mobile or free to play title, but by only focusing on the grind as the entire loop, they are cheapening the design. An engaging core gameplay loop will keep people invested for hours on end but trying to turn busywork into motivation will drive them away.

Can you think of games that did grinding right, or your favorite idle designs?