What It’s Like to Have an Infinite Backlog of Videogames

Why There is Too Much of a Good Thing

At this moment in time, I have over 2,100 games just on steam alone. If I were to add the other platforms, consoles, and handhelds, I must be nearing around 3,500/4,000 games I own. I’m not a member anymore of the hardcore gamer club, I’ve ascended to become its Elderich god.

The last decade with the rise of digital distribution and game sales has afforded consumers the ability to own more games than ever before. However, that amount of unfettered access has shown me that it has come at a cost.

This post is going to be more about my personal experience, but I’m sure many of you are experiencing the same thing. With my work through Game-Wisdom, it has required me to take on what many people consider to be the dream job: Playing a lot of videogames. I have taken on an open inbox in terms of press keys and game coverage for indie developers. On top of that, I subscribe to multiple press sites where content creators can request press keys for games.

And of course, let’s not forget how many consumers are getting access to a ton of games — game sales. I have accounts on multiple sites, and I’m always checking for what games are on sale at any given week. When I look at games to pick up, I grade them on three metrics:

For the first and second points, it has given me a chance to experience genres and games I wouldn’t normally pick up and has had an influence on my review style. At this moment of writing, of that list of games I own on steam, I have not played 647 of them.

While this may sound like a great problem to have, when you’re also busy writing about games, preparing interviews, writing books, and making videos, my free time has become precious. These days, the value of a videogame means something far different to me.

We’ve been talking about the devaluing of videogames over the past decade, and that has hit me the hardest. If I were to look at my available time and the games to play, I have gotten very little value out of them; even the games I’ve bought.

In an earlier post where I talked about “just okay” games, I said that your game needs to do more than just be good these days in order to turn a profit. If you want me to be interested in your game, it has to hit it out of the park.

Outside of classic games, it’s rare for me to sit down and play a game all the way through; much less go for 100% completion. And that takes me to a very damning fact: I don’t think there is one game I’ve bought in the last three years that I’ve gotten full retail price value out of.

God of War,  Anno 1800, Horizon Zero Dawn, Marvel’s Spiderman, Mortal Kombat 11, Resident Evil 2, and Doom Eternal. I just listed some of the highest praised games released made by highly dedicated and renowned teams, and not one of them is worth more than $20 to me… on a good day. For most days, those games would be negative dollars for me to sit down and load them up. 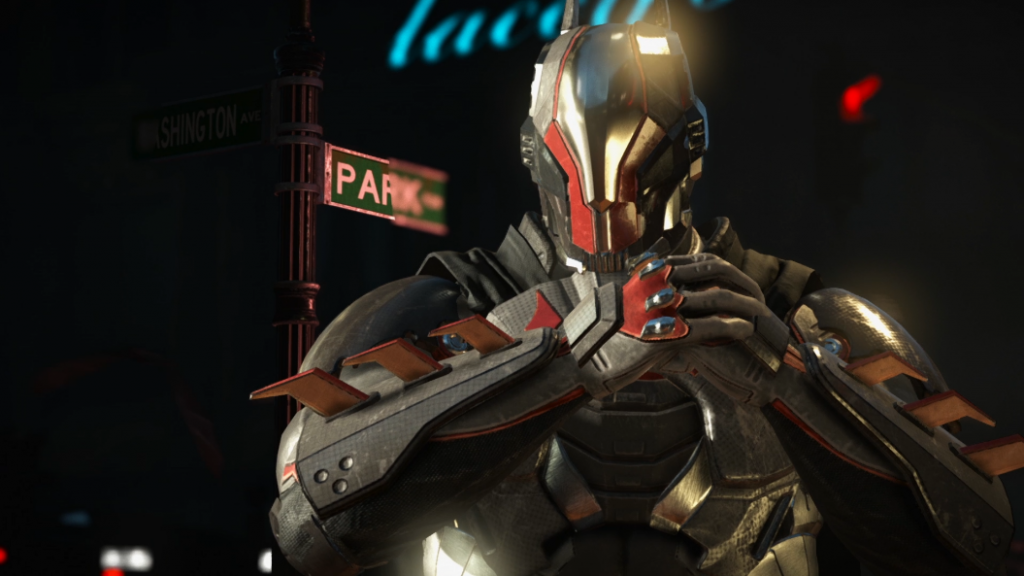 Games with planned DLC are worth even less to me until their GOTY edition is out.

Some of you are going to comment and say “You’re missing out on amazing one-of-a-kind experiences,” however, for each one of those games, I’ve played a dozen “amazing one-of-a-kind experiences” that you have most likely never heard of from indie developers. As I’m writing this, people are talking about Final Fantasy 7 Remake, Last of Us 2, and Cyberpunk 2077, and I couldn’t care less about them.

The only way I’m going to spend some money on a game is if I can make something with it for Game-Wisdom, or it’s a game that I desperately want to play. And even with that said, given my analytical process, I’m going to see everything a game has to offer far before I would get $60 out of it. It doesn’t make sense for me to spend more than $25 on games these days. The time where I would just buy $4 or fewer games just to have them is gone.

These days, teasers, trailers, react videos, etcetera, about upcoming games are worthless to me. If I can’t see actual gameplay about your title, then I don’t need to know about it. And speaking of upcoming titles, that means something else to me.

I forgot to mention something, of that near 2,100 games on my steam library, I also have 102 games on my wishlist. Every week, there are at minimum 30 games being released on Steam alone, and I’m not even going to begin to track console releases.

As someone who has taken on the task of examining videogames, it means that every week of those 30 games, chances are I’m going to be playing at least 5 of them at some point. Doing some quick math, that means on average I am playing at minimum 240 different videogames a year, and that was before I’ve started doing weekly coverage on indie games.

And that means that I’m never going to run out of games to play. It will take an actual apocalypse for me to have the time to play them all. The title image for this post is not Burgess Meredith from the Twilight Zone in an iconic scene, but me in a few years when I go to play my games and find the Steam servers have been turned off.

While I may be an extreme example, it’s important to realize that consumers are having this issue at a smaller scale, and it’s going to lead to a tough question to answer.

What is the Value of a Game

We’ve had discussions about the folly of trying to rate the dollars to hours value of a videogame, but that hasn’t stopped publishers and developers from having to do that themselves. There is no formula for determining how much to price a game. If you were to ask developers how they came to a price, they’ll say that they just followed what the previous game in their respective genre did.

And for AAA developers and publishers, they want to price it as high as they can for obvious reasons. The problem is that with so many games being released, not only has the bar that consumers expect has risen, the overall value of games as a market has gone down.

This is why many developers have switched to live service games, where one game can dominate someone’s time (and wallet). You are no longer competing with other developers when you release your game, but with the consumer’s limited time. Padding out a game to make it appear larger is now frown upon by consumers, who are finding less time to spend on 100+ hour games.

What’s worse for developers is that consumers are now wise to the sales mentality of the industry. Unless you are absolutely obsessed enough with a game to buy it on day one, we all know that a game sale will come eventually. And for titles with months of DLC, there will be a game of the year edition that bundles them all for an attractive price (and that can also go on sale).

For myself, this is how I’ve stretched my dollars for the games I have an interest in. Why spend $60 for one game, when I could wait and get four or more games for that price? Developers have realized a harsh truth about the market today: that the window for charging full price for their games has shrunk. It’s now considered odd outside of possibly Nintendo for a game to not go on sale sometime six months after being released.

I am currently waiting on the eventual big sale of Doom Eternal, Disco Elysium, and Resident Evil 3 before I pick them up, and I’m sure it is going to happen by the end of the year no matter how many accolades they received. And I’ve come to realize this devastating point: There is not one game being made today that is worth $60. It doesn’t matter if you spent 6 months or 6 years on a game; 10,000 or 10 million dollars, there are too many games out there to justify that price tag. When a new game is being released, there are already recent titles that are on sale. 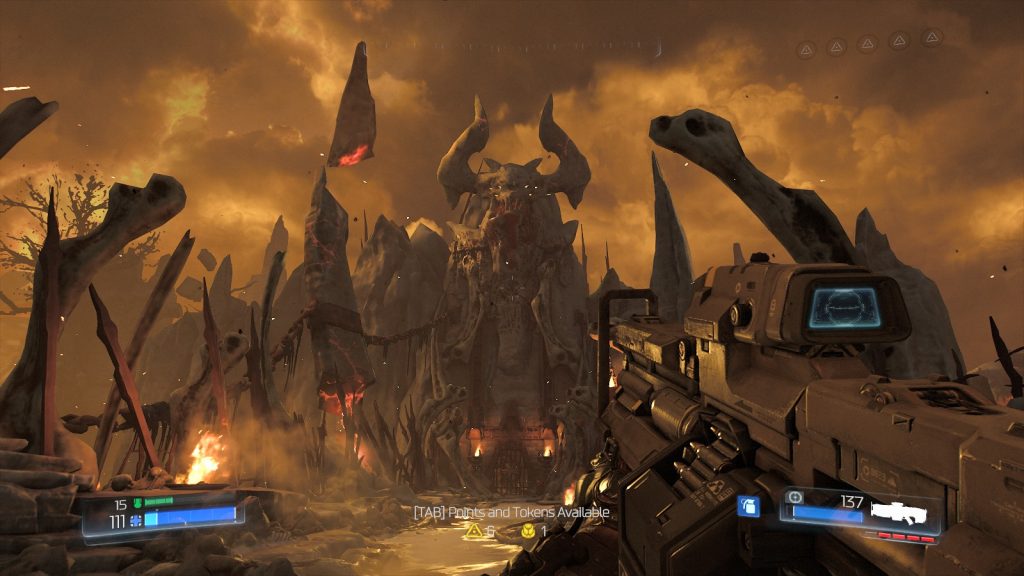 While most videogames are not competing directly with each other, they are still competing for your time and money; and everyone has a limit on both.

The week that I began writing this piece, I spent $110 on sales and with press keys, added 40 more games to my steam library. Outside of playing games specifically to review them from developers, I have no reason to spend money on games just for me.

I have said this countless times already, as a developer you cannot rely on your game being “good enough” to sell anymore either. Having your game exist will not guarantee profits. You either need an already established fanbase, or you need to go big and do something that stands out. We are seeing indie devs today going with the opposite strategy of pricing their games higher to denote having more quality to them. Making a game into an attractive package is a topic in itself and something we can come back to in a future piece.

The game industry has come a long way from the days of having one new game to play a month. Developers entering the industry are going to have to step it up if they expect people to even notice their game. I don’t think there is anyone out there who is playing more games than me each year, and even I can’t play them all.

At this point, it is impossible to play every videogame released, both in terms of time and money. If you are a new developer and you haven’t thought about how you’re going to reach people about your game, then you’ve already lost the battle.

And for AAA developers, great graphics engines and season passes aren’t enough to justify spending $60 on a game and is an even harder sell for new consumers, let alone those who know to wait for sales. With the next generation of consoles getting ready to come out soon, I’m sure we’ll soon hear arguments about raising the MSRP again to justify the new platforms, but in reality, those games should be cheaper in my opinion.

This past generation has given us a plethora of amazing games, and I know that every one of you reading this hasn’t played them all yet. If the 2010’s was the decade of the game industry opening up, then I feel this decade is going to determine who can sink or swim at all levels of game development.

Are You Ready For Valorant?