The One and Done Thrill of Ironman Game Design

When it comes to playing challenging games, gamers can be a touch masochistic. And the best example of our love of pain can be seen with ironman or hardcore mode. As I talked about with player progression and game design, you don’t want the player to feel like they are wasting time or going backwards. However ironman mode is the complete opposite and exception to that rule.

Has he Lost his Mind?

For this post we’re going to simply use ironman as the term of choice (as it helps make sense out of the section headings) but “hardcore” is also acceptable when talking to people or writing about it.

To recap, ironman mode in a game refers to playing with only one life — Run out of health (or your set of lives with early games) and that character and everything on them is gone for good. Doesn’t matter if you’ve been playing for ten minutes or ten hours, you’re going back to the start again. 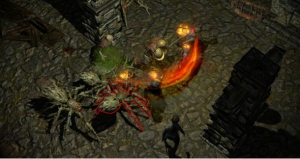 Ironman Mode can come in different forms, as long as the fear of death is always present.

As I talked about in my piece on game progression and momentum, a lot of early games could be considered ironman simply due to their technical limitations.

Since you couldn’t save your game, you had to beat the game on one run or you would start back at 0 the next time you played.

When it comes to games built for ironman mode, they are normally popular with titles that have high replayability but low playtime such as rogue-likes. Most rogue-likes may have 30 minutes to an hour’s worth of content for a single play, but the randomization makes that playtime different each time.

Generally speaking, hardcore mode is not as popular with games designed around high playtimes like 40 hour RPGs as you can imagine how painful it would be to die at the 39th hour of playing at the final boss. But just like with ironman mode itself, there are exceptions to this rule.

Strategy or tactical games in particular can feel very different when playing on hardcore mode as you are now operating without the safety net of reloading your game. The best example of this thrill would undoubtedly be X-Com and knowing that every decision you made could end up getting one of your squaddies killed. Fire Emblem is another great example with the entire series built on the premise that all your troops only have one life to live. 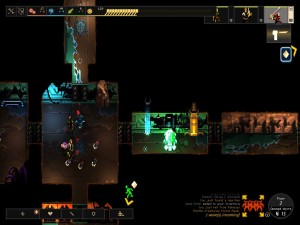 Rogue-likes are all about that thrill of only having one life and making every decision matter.

Ironman mode also exists in a sense with FPS or competitive games where each match/round you only have one life like in Counterstrike.

The thrill comes in by the fact that every death during a round means a change in the flow of the match. This also raises cooperation as with everyone having only one life, means that they can’t just mess around like in other less serious competitive games.

It’s important to note that ironman mode in of itself is not about enhanced difficulty in the sense that playing on it should give the AI advantages or make the gameplay harder. Instead, ironman challenges the player to succeed without the modern convenience of saves and extra lives.

Now that we’ve talked about what ironman mode is, let’s move on and talk about what game systems work the best with it.

Is he Life or Death?

Ironman mode as we’ve talked about is a great way to instill some challenge and change the mood of your game. However just taking any old game and removing the ability to save or continue and calling it a day doesn’t work. For Ironman to work there has to be several considerations taken in the gameplay.

First is that strictly linear games aren’t the best use for ironman mode. The reason is that you’re not challenging the player to adapt to unique situations but simply asking them to master the game by repeating content, see also Dead Rising as an example. Growing up playing 16 bit and earlier games, most of them were all considered ironman mode due to the lack of save options. 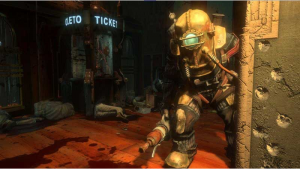 A game has to be properly balanced for ironman mode to work or it becomes too masochistic.

Another problem with linear titles is that most of the time the game was balanced around the player being able to die and removing their ability to continue just makes things frustrating.

For instance in the original Bioshock, the game was balanced around the player being able to make use of Vita chambers to respawn after dying. When the developers implemented an ironman mode, they did not change the enemy stats to compensate. So now when a Big Daddy kills you in one shot your game is over.

There should be some degree of randomization built into your game for ironman to work the best.  This brings us back to why the mode was so popular in rogue-likes as the randomization plus challenge of surviving, gave these games a tense feel to them. When you not only have one life and no knowledge of how the game is going to play out, gives the game a different feel.

Vengeance From the Grave:

That feel is very important as there is a big difference between the player forcing themselves to play in ironman mode and the designer having the option. The former is about the player willingly choosing not to use saves for any reason while the latter is from the designer’s intent.

Just saying that you’re not going to use saves doesn’t remove them; you’re just choosing to ignore the mechanic. But when the designer throws down the gauntlet and challenges you, that’s different.

One of the best examples of the thrill of ironman without the huge penalty would be Path of Exile. The ironman mode or as it’s called in the game: Hardcore league is the same exact content as the regular version but of course having one life. Instead of losing everything if you die in hardcore mode, that character simply gets booted to the regular league with all their stuff and progress intact.

This was a brilliant idea in my opinion as it gives the game that thrill of hardcore play and the punishment of dying, but didn’t make the player feel like they wasted all that time on a doomed player. 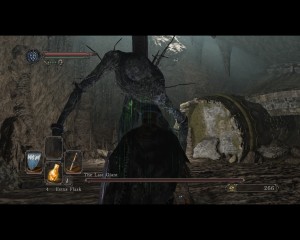 Games like Dark Souls 2 have the feeling of ironman game design, without the complete punishment of losing everything.

One exception to this rule of randomization would be the Demon’s Souls series as they are tense challenging games built on punishing the player upon death, yet are not true rogue-likes or ironman difficulty.

While dying resets the world, the games are built upon highly crafted environments as opposed to randomization. So instead of having a new experience each time, it’s more about pushing forward with each attempt and hoping that you get further and further with each play.

Ironman mode is definitely not for everyone nor can it fit in every video game, but it’s a challenge that hardcore gamers like to go after if the conditions are right.

The Free to Play Last Straw or Owning vs. Renting Debate

A Visit from Yacht Club Games