An Examination of Kaizo Game Design

Recently I tried the Kaizo hack known as Invictus, and in 30 minutes I racked up 100 deaths; not even getting to the first checkpoint. Over the last two months, I’ve played over 50 platformers while working on my next book, and this is the first time that I am just stopped dead in my tracks. With a sore hand, I’m left asking this question: Is Kaizo good game design? 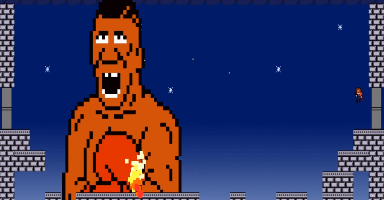 Kaizo has become a popular underground sub-genre of platformers. Originating from I Wanna Be the Guy, it has since spun out into its own design. While Super Mario Maker was the first time that mainstream audiences would see it, the original Mario games have been used for Kaizo for years now.

Without talking to anyone in the community directly, I don’t know why Mario — specifically Super Mario World — was the platformer that caught everyone’s attention, but it has become the go-to game. Creators have been using Super Mario World as the canvas for a variety of unique and super difficult games. Due to the fact that this is modifying a ROM file, I legally can’t say how I was able to play the game.

The basics of a Kaizo game are that you are playing incredibly hard levels in the style of the game. The character itself should behave exactly how it would in the original game, but enemy behaviors and level designs can be anything. One of the standards of Kaizo games is the ubiquitous “kaizo trap”: where an obstacle will be set up purposely to hit the player if they go the easiest route; forcing them to adjust to avoid it. Kaizo traps cannot be spotted on your first go, and the only way to spot them is to trigger them.

Sections are always long, trap-filled, and will require pixel-precise platforming if you want to have any chance of winning. Kaizo games built on puzzle rooms go for one screen’s worth of obstacles that you must get around. Some Kaizo games will even have sections that require you to exploit glitches or perform maneuvers that were never a part of the original game’s design.

The creativity of these hacks can vary; with some designers simply using the assets in the original game, and some creating brand new designs and obstacles.

Beyond the difficulty, the appeal of the Kaizo genre has been both the games themselves and the creators.

Kaizo games have grown as more elements have become standardized over the years. Again, for legal reasons I can’t tell you where or what you need to access them, but there are websites that collect and archive them. Editors have been released that allow people to mod the game files without needing a programming background. There is also a tool that is used to “patch” the files into a copy of the game, which in turn allow you to run it via emulation or the original console.

Making a Kaizo game is both a way of making a name within the community and giving people the chance to do game design. The difference between doing a Kaizo hack vs. Mario Maker is that Mario Maker is locked by what content Nintendo puts out. Given enough time, you can create elements in a Kaizo game that are 100% original that not even Nintendo’s designers would have thought of.

Hacks like Invictus, Grand Poo World 2, among many others, have become popular for Kaizo streamers to play, and many of them making their own hacks as well. 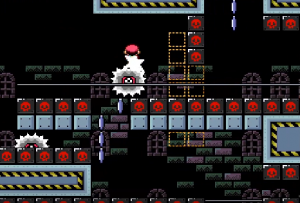 For fans of 2D platforming, you will never run out of new games to play once you go this route. With all that said, while there is a lot of passion and creativity, what does that mean for trying to sell Kaizo?

Let’s make this perfectly clear: Any Kaizo hacks built on using assets from another property will never be allowed to be sold commercially. The question then turns to — is Kaizo gameplay itself able to work in a commercial game, and that question is harder to answer.

Kaizo design is very mechanical, as we talked about in my post on gameplay. You’re not playing a Kaizo game reacting to what’s going on, but playing it enough times to get the perfect line through and performing it. The skill level required to beat Kaizo games is on the hard side. Even hacks rated “easy” would still put the hardest commercial games to shame in terms of challenge.

However, there is one big point here — Kaizo games are horrible for the new player experience from a design and quality of life standpoint. In recent years, Kaizo hacks have gotten better at quality of life features: many of the latest hacks have auto retry and endless lives on by default. They are still a drop in the bucket compared to the rest of the hacks that don’t.

From a design point of view, these games remind me of 4X titles in how inaccessible they are to new players. The designers of Kaizo hacks are typically Kaizo players themselves, and only build their games around that specific audience. If you’re a fan of Mario and expecting to easily jump into something like Invictus, you are going to be in for a rude awakening.

Hacks are not built with any semblance of a learning curve: you are expected to already have that background and technical skill going in. Many of the hardest kaizo games will even feature glitches and techniques that are never explained in-game, but are still required to win.

This is where I feel the distinction between a game designer and Kaizo maker comes in. Making a Kaizo hack is not the same as designing a videogame with the intention to sell. As we’ve discussed, a good game designer needs to understand not only the gameplay of their title, but how to make it appealing to strangers. While there are people who are fans of Kaizo design, that is still a very low number compared to the videogame market 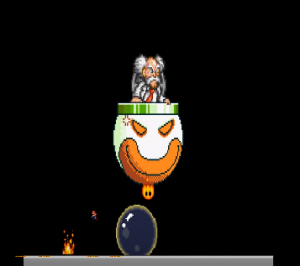 The mechanical nature and skill level required of Kaizo games by default exclude the vast majority of people who play them from ever beating them; let alone getting through one stage. The idea of an “accessible Kaizo game” almost seems like a double-negative.

I Wanna Be a Kaizo Game:

We have seen attempts at making “original” Kaizo titles like the “I Wanna Be The” series that still uses ripped assets, but features original gameplay. While they’re not as technical-focused as the Mario Kaizo hacks, they are still on the hard side and have a limited reach.

With the rise of streaming and YouTube culture as a whole, more consumers are being exposed to Kaizo design, but I do feel that the audience reaction is more at marveling at the play as opposed to wanting to play it.

Finally, for you — do you enjoy Kaizo games, and what do you think about a commercial market for Kaizo?