Is Loot Box Regulation Good For the Game Industry

It’s been reported that there is a new law on its way to be voted on by the Senate with regards to loot boxes in the game industry. If this goes through, it means not only cutting the free to play market at the kneecaps, but also government intervention on the game industry. Reading through the entire bill, I wanted to share my thoughts on what this could mean for the industry, and why there must be a better way.

How did we get here?

As always, let’s briefly talk about what’s going on. Loot boxes are microtransactions where players spend a fixed amount of money to acquire a random reward. Some games the player has an idea as to what they could get, other times it completely up to RNG. The key points that have led to this situation are as follow.

The use of loot boxes has become the major way that mobile games have been making money in recent years and has overtaken the use of energy/pay or wait systems for games. The straw that broke the camel’s back was how these systems were finding their way into AAA games such as Battlefront 2, For Honor, Call of Duty, and many more, on top of their $60 retail price.

There have been calls for years by industry insiders to regulate loot boxes and tone down their use in games, but instead, their implementation has only increased. With that said, this bill is designed to quite frankly end loot boxes in every way, shape, or form.

The bill being proposed would make it illegal to have loot boxes in any game aimed at minors, or willingly know that minors are playing a game. That one part would bring about the end of the free to play industry as we know it overnight. As for what kind of microtransactions would be illegal, it would include any purchases that make the game easier, give a competitive advantage, can be purchased multiple times, or provides the player with anything they can’t earn in-game with or without the purchase.

Buying something at a fixed price that gives you fixed content would otherwise be okay, as long it doesn’t fall into the previous criteria.

From the outside, the bill sounds reasonable, but there are several areas where industry experts are noting problems. The main one is how vague it is when it comes to defining what would be illegal. CCG and TCG games that make their money off booster packs, would that be considered a loot box?

What about games that sell DLC with new content and updates that give a competitive advantage unless you spend money, is that okay? How about games that have costume unlocks by spending money, or being forced to grind the game in the worst way possible to unlock them?

The only parts of the bill that I agree with 100% is making it illegal to bait and switch consumers by adding in loot boxes after the game is already out and selling legitimate advantages behind a paywall. However, the bill’s “scorched earth” policy leaves out a lot of the worst offenders.

While they’re not as big, there are games that make use of loot boxes and microtransactions while trying to be as fair to the consumer as possible. The bill does not address the idea of having ethical uses of them, nor does it go after some of the worst examples of F2P design.

Some of the big offenders, in my opinion, are games that scale the purchasing of content for its whales and not having a legitimate pricing format for its content. Games that don’t reveal the chances of acquiring content is another big red flag for me. Another point is the explicit design of making loot boxes an endless purchase for consumers. 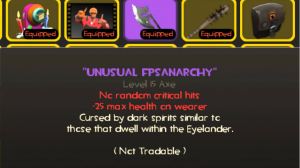 loot box content should not provide upgrades for cash

The wording behind “competitive advantage” is also troubling, as again, it does not make the distinction between content that adds more options to the game vs. adding something that is just superior to everything else.

On the just side, if content can be acquired through general play and not explicitly or implicitly locked by the loot boxes, then I don’t see a harm in having them. With that said, I want to talk about how I would design restrictions for the use of loot boxes in games.

Depending on where your thoughts lie on loot box design, my proposal will either be too lax or too restrictive, but here goes.

First, I would remove premium currency from all titles. It does not serve to help the consumer in any way, and it obscures the value and pricing of content. If you’re going to purchase something in-game, it must be done via a single virtual currency or have a real-money price.

Next, any content that comes from a loot box, whether that’s at launch or integrated after, must be available to also be earned by playing the game. I don’t care if it’s an amazing, a colorful beanie or whatever, there should always be the chance for someone to get it simply by playing your game.

Now comes the controversial parts. All loot box-related content must also be available as a single purchase for someone to buy. Granted, the cost will be more expensive than just buying the loot box, but if the person wants content X, then they should be allowed to buy it outright instead of gambling on it to show up.

The reason for this is that people do value time and money differently. If someone has plenty of time and doesn’t want to spend the money, they can get items and content simply by playing the game. But if someone just wants something right now, then they should be able to get it with a fixed cost.

there should never be endless loot boxes in my opinion

And with that said, the final point that I would like to see is a big one — there should be a limit as to the number of loot box purchases required to get access to all the content.

Typically, in these games, the loot boxes are designed to be an endless purchase thanks to the low percent change of acquiring new content as the game goes on. Under my rules, every time someone makes a purchase, they must get something that they haven’t previously unlocked.

What that means is that for any game with loot boxes in them, there is an explicit cap as to the number of times someone would need to buy them. No game should need endless money sinks in order to remain profitable.

The Future of Loot Boxes

Currently, there is still a lot up in the air about the future of loot boxes. What we do know is that if things don’t change from within, steps are being taken to control the industry along these lines, and I’m sure no one here wants that.

What do you think about loot boxes, and are there any details I missed that you think would improve them for everyone?

How To Budget For Your Gaming Hobby