A Matter of Progression

When the lootbox/gambling debate began to build up last year, several people tried arguing that lootboxes, or “surprise mechanics,” are just another form of progression in videogames. One person tried to convince me that the ARPG core gameplay loop of acquiring randomized loot is the same as buying a lootbox. Recently, I’ve tried what is considered pure lootbox progression, and I can put into words why these two concepts are not the same.

Before we get to it, let’s briefly define the ARPG loop for the uninitiated. ARPGs are built on the following gameplay loop: Fight Enemies| Get Loot| Grow Stronger|. ARPGS will always use some form of procedural generation when it comes to their loot tables: an algorithm that generates gear.

A player will never know what loot is going to drop, but will be aware of the events or conditions for getting that chance. This is typically when the player kills an elite monster, finds a treasure chest, or completes a quest.

There is always a correlation between player progress and action with getting loot. Due to how loot tables are defined based on the player level, the player will always be progressively finding better gear throughout the game.

More importantly, loot is only half of the power progression curve. The other side is leveling up their characters to unlock new abilities and skills, which the best players will synergize with their loot.

Now with that said, let’s turn to lootbox progression, and a good example of this in the mobile space.

Marvel’s Contest of Champions is a light fighter/character collection game on mobile. It’s been out for a few years and is considered one of the more popular takes on the Marvel IP.

Characters in the game are categorized by both class, which determines strengths and weaknesses to other classes, and star rarity. There are multiple copies of the various Marvel heroes and villains at different star levels: ranging from one to six.

The higher the star level means that character will be stronger, and has a greater capacity for growth and strengthening them. By applying in-game currency in the form of Iso-8, you can level up a character. When that character is at max level, you can then rank them up by spending other in-game currency which allows you to level them higher. Characters also get a unique passive that can be acquired by pulling a copy of that character from a lootbox. All forms of progression of this kind also has in-game item skips that can be bought or acquired as well.

lootbox progression does not rely on player skill

To be fair to the game, even lower star versions of character still retain their usefulness in the game’s arena, where you can fight AI-controlled versions of other teams.

And the chances to acquire champions gets less and less the higher the rarity goes. In a lootbox to acquire either a two- or four-star champion, I apparently had a three percent chance on a lucky pull if you believe the posted drop rates. There are lootboxes explicitly set up to drop a set rarity, but they are harder to find.

Here’s another factor, when you decide to pull a lootbox, the game will randomly shuffle the possible rewards in it, as you can see by the scrolling roulette at the bottom of the screen, but the choice will be automatically determined without having to watch the slot machine: it is simply there to add excitement.

Progress in the game is limited based on the luck that you have with the lootboxes. If you’re only pulling two- and three-star characters, the fixed power in place puts a cap on how far you can easily progress in the story. If you get stuck at a story mission, you can spend consumables for boosts, healing, and character revives; all costing the game’s premium resource.

As with other games of this type, a lucky pull can easily propel you through the game and make a lot of the content easier. With an early four-star champion, I manage to push through some of the early acts, but struggling to find better or equal champions.

Player skill is a big part about Contest of Champions: someone who figures out the timings for attacking and defense can get further with weaker champions to a point. As with a lot of free to play/mobile games, the rewards and resources earned get better on the harder maps. Having access to higher rarity champions early on gives you a heads up on resource collection, and there are some champions who are flat out amazing regardless of their star rarity.

Both Contest of Champions and ARPGs make use of randomized progression, but there is a big difference in how ARPGs present it.

Playing an ARPG, the player is in controlled of their progression in several ways. By playing the game and leveling up, they are acquiring new skills and have complete control over how their character handles. At the end of the day, rare loot is not the same in terms of utility as a new skill.

Secondly, the player in a way does control how they get new loot and upgrades to show up. As we’ve talked about with loot tables and design, ARPGs provide the player with clear events that signify the chance of great loot. There is that buildup of knowing that there is an epic enemy or rare chest, followed by the reveal of your reward.

The problem with lootbox-focused games is that the lootboxes themselves drive all progression. You could play a game like Contest of Champions for 24 hours and not find one meaningful upgrade to your team or champions, or you could play for one hour and get a lucky drop. The player does not have control over the progression in a loot box game. 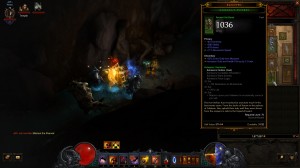 Even though skill does matter in Contest, there is an explicit wall in the game in terms of getting champions that help. Later challenges introduce specific rules and modifiers designed to give the AI more advantages. These rules can boost their stats, punish you for using specific tactics or champions, and are designed as progression walls. When you get to this point, you must have champions who are able to counter them or there is no way without spending money to get past them.

It’s also important to bring to everyone’s attention that loot in ARPG or gear-driven games is a secondary progression system. With lootbox titles, the items and drops from them is your primary progression system with skill being a distant second. ARPGs also feature additional systems and ways of acquiring gear in case you’re not getting lucky with drops. Both Path of Exile, Grim Dawn, and Diablo 3 all feature ways of buying or crafting gear that may not be as good as the finds in the field, but will allow players to at least be able to compete stat-wise with the enemies.

Lootbox progression works, as evident by the numerous free to play games and even retail games making use of it. However, equating them to the same kind of progression loop seen in games with other progression mechanics is not right.

Building an entire progression system on lootboxes alone does not motivate someone to play over the long run. There is always a downward trend in unlocking progress with lootboxes the further someone plays. What always ends up happening is that there will come a time when only specific lootbox drops will help the player, and everything else will be worthless.

Some will argue that milling systems (taking resources and being able to apply them somewhere else) is an option, but when the cost becomes so great, the player will not have that rush when it comes to opening up lootboxes anymore.