Payday 2 has come under a lot of fire lately due to their handling of microtransactions and I’m going to talk about that more in a separate post. For today however, I want to talk about what seems to be the underlining problem that is going on and one of the worst mistakes a studio can make: Trying to do everything at once and what has happened with Overkill Software.

Game development is an industry where a successful studio needs to be good at a lot of elements to make it work: You need a good team, good project management, good PR and marketing and of course, you need a good game. Even with all that working for you, we’ve still seen developers mess up from time to time.

Today’s big no-no is a part of project management and that’s understanding the limitations of your studio. Everyone wants to make that dream game with infinite replayability that is universally loved and will last for years to come. The problem should be obvious: Who has the money and team to do that?

This is why after a very successful game on a modest budget, it’s tempting to transform your studio and make it that big blockbuster defining place; where people can work on the greatest games possible. That means, buying a new office, hiring new people, expanding the scope of your projects; in other words, going big.

Back during Payday 1 and the early parts of Payday 2, Overkill talked about how they were really just an indie studio making an indie game. Following the incredible success of Payday 2, the developers had bigger ambitions and goals, backed by their publisher and being picked up by Starbreeze. Payday 2 went from being a good co-op game with 6 months of DLC, to a massive project with an attempt at creating the next Team Fortress in terms of long term support and development. 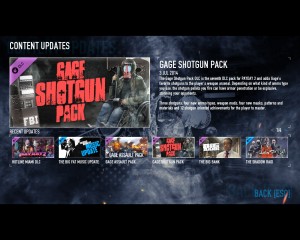 The amount of post release support added to Payday 2 has been insane, and has kept the game going and growing for the last two years

Since then, Overkill has done rapid growth and restructuring: The game now will be supported until about 2017 last I heard, there was a Payday Convention, $250,000 tournament and three massive marketing campaigns with original content produced.

Not only that, but they teamed up with another studio to put out Payday 2 content, started working on an original game in the Walking Dead universe and has released over $100 worth of paid DLC content before adding in the microtransactions.

All this happened over the span of about two years.  Their studio team has I believe tripled since the original Payday 2 launch and they have been going out of their way to do everything at one time. Unfortunately there is one very big problem: Doing everything costs a lot of money.

Typically, game development works on a game by game process: Your main team creates one game at a time, when it’s done, you move the bulk of the people over to a new project, and you may have a smaller live team designed to work on new content for the current game for a certain period of time. If you’re making a mega game like Team Fortress or World of Warcraft that has content for years to come, then you obviously need either the bulk of your team working on that one game or you hire/cultivate a completely separate team that has to handle all the work with that one project.

The point is that you never want your studio to be doing multiple massive projects at once; not only is it unwieldy but it leads to mismanagement when someone is juggling multiple projects. Also, working on two or more projects at once means that your studio is going to be bleeding money while the projects are being worked on, with only the income from your completed project keeping the studio going. The only times when you can handle multiple projects is when you have the backing to support those projects.

Both Valve and Blizzard have more money than I could ever dream, and that has afforded them the foundation to grow and work on new projects while supporting their mega hits. Even then, they don’t release annual games; it would be impossible to keep working on Team Fortress (And Steam in Valve’s case) or World of Warcraft and still make games every year, unless they hired hundreds of new employees, which would mean multiplying their expenses.

Overkill however has done the classic problem of anyone who gets a lot of money: They went through it. They may have earned a lot of money from Payday 2 and the subsequent DLC and marketing campaigns, but they spent a lot of money doing it, along with the rapid growth. 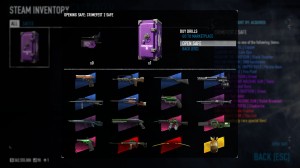 Right now, they are technically splitting themselves between two big projects, again Payday 2 and the Walking Dead game.

In a recent AMA, current lead designer Almir talked about how they had to introduce the microtransaction content (The Black Market Update) as a way to allow them to keeping making money while supporting their new massive studio.

Of course, people are calling them out for asking for more money despite everything that has happened with Payday 2. And that’s the thing, if they kept to their original team and scope, the money they earned would have been more than enough.

However, when you throw in another project, monthly content, marketing campaigns and a bigger team, what would have been considered a home run success, is now just barely working (I’m just guessing. I don’t have any insider knowledge here.)

I believe the biggest mistake with Overkill Software at the moment and lead to this recent update, is the fact that they’re trying to do everything at once. With the Walking Dead, they should have either waited until Payday 2 was completely finish IE: All done with DLC, or stuck with it to continue growing it like Team Fortress and Valve and kept with a team that was dedicated to just the one game.

Rapid growth is very dangerous for a lot of smaller and startup businesses, as they believe that their newfound profit means unlimited growth. But time after time we’ve seen people mishandle their success, and turn what was considered a successful situation into one that’s failing.

Overkill has burnt a lot of bridges in the span of 10 days after building a community for just over 4 years and I honestly don’t know what this means for the future. At the end of the day, you need to understand your own limitations and if you are going to grow, make sure you always have a steady foundation under your feet, or be prepared to take a fall. Stay tuned, as I’m going to be comparing Team Fortress 2 to Payday 2 and how the former succeeded in the F2P/microtransaction transition.