Why the New Player’s Experience Matters to Game Design

Recently I got a comment on one of my videos from someone asking me about learning how to manipulate a 3D camera in a game. That comment reminded me of something very important, and an area where a lot of developers fail to grasp — understanding and designing around the new player’s experience.

When we talk about the new player’s experience, there are three specific groups of players we’re referring to. The first are completely new to the game in question. These are players who are familiar with the genre conventions and gameplay loop, but don’t know what makes your version of the game different.

They are the easiest to design around, as much of the onboarding has been done already. I remember reading in the manual for Civilization 3 a section for people who are familiar with the series and just want to know what’s new in that version of the game. While onboarding isn’t as important to this group, it’s still vital as a designer to be able to explain the areas where your game differs from its contemporaries. This is especially true for abstracted titles like strategy and RPG where games can have different rules.

The second group are players new to a genre. What happens, in this case, is that a game achieves a high enough level of renown to attract people who want to play it to see what the praise is about. This group has the highest potential to convert people into being longtime fans of yours, and is often the failing point for many developers.

For them, you can’t rely on the person coming in with even a basic understanding of the genre. This is where onboarding and tutorial design are needed, and without them, you’re going to turn away this group. Companies like Paradox Interactive have been terrible in this regard, but there are many smaller examples.

Too often, developers of niche genres will only think about their established fans and not about the greater market — creating a game experience that vets can jump right into, and new players will have no idea what’s going on.  Incidentally, this is where AAA developers tend to succeed over indie developers, and being able to create effective onboarding/tutorials.

It helps that AAA developers tend to work in established genres, and they have the budget to do extensive playtesting as well.

The final category is rarer, but still important to consider, someone brand new to games playing your title. As the game industry grew over the years, this group is becoming smaller, but there are still people out there who will experience their first game or first time doing something.

Onboarding is vital here, and why we’ve seen a surge of non-gamers take to mobile and free to play titles. Mobile games have always been built around being as accommodating to the new player experience as possible.

At this point, I’m sure someone is going to comment about indie devs not having to worry about this group, or the second one, as their games are smaller in scale and reach, but understanding the new player experience is important to improving as a game designer.

One of the easiest traps for developers to fall into with their designs is not thinking about the new player experience. The echo chamber effect has been the downfall of many projects, and a key example is not listening to new players.

For almost every forum centered around a hard or niche game, there will be people asking to make things more playable and easier to learn, and there will be expert players denouncing that.

As a developer, you need to understand that complexity and difficulty are not the hallmarks of a good game.  While some people will find it rewarding to figure out confusing systems and gameplay loops, you are doing a disservice to your game by not attempting to fix any pain points. Not only that, but if you can’t properly explain what makes your game different from its contemporaries, you’re less likely to have your game break into that market.

Being able to take something complex and explain it in a way that is easy for anyone to follow is a sign of a great developer. One of the best aspects of Slay the Spire was that very fact, and how the developers used an elegant UI to help demystify a lot of the rules of the game.

There are many indie games out there who have achieved cult status, but fail to grow despite that, primarily due to their onboarding. I cannot stress this enough — every game regardless of its genre and fanbase should always have the new player experience in mind. 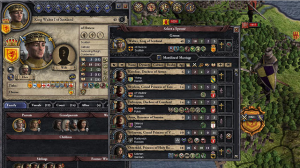 Even complicated titles that are built around niche audiences still need to think about the new player’s experience. You can look at the differences between Factorio and Kerbal Space Program in this regard. When I tried to learn KSP, the game starts you with a wide variety of tools and pieces and leaves it to the player to make sense out of everything. The complete freedom may be nice for skilled players but leaves new players wondering what to focus on.

While Factorio starts the player with a limited pool of tools for the player to use and figure out, before unlocking more complexities. Even with that said, the game has officially added an introduction scenario in recent years.

There is one other area I want to touch on for this piece, and it’s one that I see a growing trend around. Live service games are some of the worse titles when it comes to punishing returning players. For someone who hasn’t played a game in six months to a year or more, they could be considered a new player at that point.

Even more so if we’re talking about titles that receive extensive post-release support. Warframe, Payday 2, Team Fortress 2, Fortnite, and many more titles, evolved considerably. Sometimes it’s just patching and balancing; sometimes it’s brand new systems and rules. These games are all designed around conditioning people to play daily to keep up, and when they fall behind, it becomes a nightmare to catch up.

There are several reasons why this happens. First is that many live service games are built around account progress and not player progress. With Warframe, everything is tied to the account in terms of items unlocked, premium currency, quests done, etc. While the game lets you review basic tutorial info, it doesn’t make it easy to find what’s been changed or remember how the mechanics work.

For live service titles that are built on a competitive or ranked play, you have players who have a pre-existing rank that dictates placement. Just because a player had a high rank a year or more ago doesn’t mean they have the same skills now.

However, when they go to try and relearn the game, the matchmaking will assume they’re still that high rank — punishing them by playing in matches they’re not ready for and punishing their teammates who expected a higher skilled player.

There are several ways to make it easier to return to a game. The first one should be obvious: tutorials should always be replayable. For games that have multiple systems, have help screens or tooltips available.

Games with ranked play is a tougher nut to crack. The problem is that every option could, in theory, be exploited. If you let players create multiple characters, then you run the risk of having smurf accounts: players who use different characters to hide their skills and avoid hurting their online ranking. Setting up a transfer of bought items from different characters could give them an unfair advantage.

For matchmaking purposes, there should be something in place to prevent someone from keeping the top position and not playing. This is part of the popularity of an ELO rating system.

No matter who your market is or the genre, all designers need to consider the new player’s experience when building their games. This is how you can improve onboarding and tutorial design and being able to retain players. Every person you turn away due to poor tutorials is a potential fan permanently lost.

I cannot stress this point enough, if your game features mechanics or loops unique from other games, you must always have tutorials and onboarding for those sections. A really great quality of life feature I recently saw was in Factorio that brought up a mini tutorial to explain several of its hotkeys that help with sorting and filling up machines.

Remember: every game is somebody’s first, and thinking about your onboarding and tutorials along those lines will ultimately make you a better designer and give your game a better chance of being played.