The Importance of Onboarding in Game Design

This past decade has given me a chance to play more unique and interesting titles than ever before. With that said, it has also exposed one of the major failings I see from indie developers, and that is about onboarding the player to their game. Part playtesting, tutorial, and UI design, this is an important concept for any developer to learn.

Show me What you Got

If you never heard the term “onboarding” before, it refers to being able to get someone acclimated to something new as quickly as possible. For jobs, it’s the process of training someone and is an essential part of any profession.

The term used in the computer industry is “First-time User Experience,” and many companies have struggled with trying to make products that have the features they want, while still not being offputting to a new user.

While videogames are far less serious than that, the concept is vital when it comes to making sure your players understand what’s going on. For consumers, they’re going to know very early on whether they’re grasping a game’s concepts and if they’re going to keep playing it.

For me, I’ve said in the past that a game has 15 minutes to not only show me its core gameplay loop, but also convince me that I should keep playing, and that’s a very short time to do all that. And before anyone asks, yes, this includes grand strategy, RPGs, and roguelikes known for having repeated playthroughs.

Onboarding when it comes to videogames varies greatly depending on the genre and what mechanics and systems your game uses. The more established or popular a genre is the less onboarding you need, as you can be assured that most of the people know the basics.

With that said, it’s critical that you understand that every videogame is someone’s first. Therefore even with Nintendo’s platformers, there is still a tutorial and guidance put into them, even though everyone at this point knows who Mario is.

Many people will assume that onboarding begins and ends with the tutorial, but just having a good tutorial — or any tutorial — is not enough.

Among the grand strategy genre and other niche examples, many developers will think that all they must do is create a quick tutorial and that’s enough. However, good onboarding is all about the new player’s experience: What is someone going to think about your game upon loading it up for the very first time?

The first 30 minutes of your game should be heavily scrutinized as to how approachable your game is to someone brand new. Too often, indie developers will do one of the following:

Further up, we mentioned the UI as a part of onboarding, and it is essential to examine yours when playtesting. Are players getting lost as to where certain elements are? Are they fumbling around with a UI element? If there’s one area that should never be confusing to a player, it’s the UI of your game.

The beginning of the game can be a counter-intuitive moment for new player’s and designers alike. From a design standpoint, you want to go over things as quickly as possible and jump straight into the story of the game, but a new player is not going to have the foundation of skills to be able to do that.

For developers who focus more on the artistic and storytelling side, it can be jarring to have to stop telling your story in favor of the game mechanics, but it’s important for you to do that. No matter what the quality of a game is, it doesn’t matter if people stop playing or never start to begin with. Oftentimes, the designer must” break character” to introduce game mechanics and rules to the player. The very best tutorials occur organically with the level design itself, but that is limited based on the gameplay loop and genre.

Just as you can mess up with going too fast, you can also hurt your onboarding by going too slow.

Getting to the Fireworks Factory:

This post so far has been about giving the player the time and attention they need to understand your game, but there is such a thing as giving too much time. The other extreme when it comes to failed onboarding is taking too long to introduce the core gameplay loop of a title to the player. We can see this in either overly long titles where “the real game begins at X” to those that pad out the game to the point where the player is barely seeing anything new and then gets hit with something out of the blue. 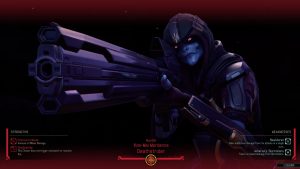 Important systems should be explained when the time is right

It’s important to figure out the correct pacing for revealing your core gameplay loop to the player. There is no game out there that should still be introducing new mechanics and systems 10-15 + hours in.

Another aspect is for games that have new content added via DLC or expansions, if this new content integrates into the main game, then you must redo any tutorials or beginning levels to accommodate for the new information.

With XCOM 2 War of the Chosen, the developers added in a new story mission that occurs in the first month to introduce the chosen and new classes.

Returning to the Action:

One final point I want to mention from a quality of life standpoint is to always allow people to revisit tutorials and information in-game. There are plenty of titles out there that use profile saves that turn off the tutorial upon repeated plays. The problem is if someone is returning to a title months or years later, they’re not going to remember how the game works.

Any tips or information should be arranged in an organized fashion and be easy to surf through. For free to play titles with account progress, the player should be able to replay through the tutorial section without affecting the rest of their account.

For any developer working on an experimental or niche game, you must think about how players are going to respond to your title. When it comes to onboarding, this is where fresh eyes are going to be the most valuable, as they’re going to be able to tell you — either explicitly or implicitly — where they’re having trouble learning your game.

There’s nothing wrong or inherently bad about making a complicated title, but learning a game should never be complex. It’s your job as the designer to figure out the best way of explaining your gameplay to someone; if you can’t do that, then you’ve failed at your role.

If you enjoy my work and like talking game design, be sure to check out the Game-Wisdom Discord channel.

The Design of a Role-Playing Shooter

Game-Wisdom’s Stance on Abuse in the Game Industry