In the past decade I have played many roguelites, roguelikes, rogue-lites, and any other term that uses “like” in it. The roguelike genre has become famous thanks to indie devs who are able to experiment with procedural and random generation at an easier scale compared to AAA development. That was until I played Prey Mooncrash that without really advertising it, Arkane Studios created the first roguelike from a AAA studio, and it shows both the highs and lows surrounding it.

The Mooncrash DLC takes place in a second facility in the Prey universe: a moonbase. You play as a hacker who has been tasked by a corporation to probe a simulation of how the moonbase fell to the typhon infection of the main game.

From your station, your mission is to use the simulation to gather as much data about what happened on the moonbase from five principle characters who lived there (none of which were in the main game).

Each character has their own stats, starting equipment, and a different skill tree and possible typhon powers that can be unlocked via neuromods. From there, you’ll begin in the same area that connects to the moonbase proper.

The base itself is made up of four main areas — the crater that acts as the hub, the crew station/living quarters, the research lab, and the mining operation. These four areas are handmade and are up to the high standards of level design we’ve seen from Arkane in the main game. All enemy placements and items are randomly placed.

However, what happens in said areas is another matter, but we’ll talk about that in a minute. Your objective at the start is a simple one: escape the moonbase. 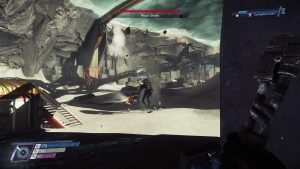 There are five escape routes, each one requiring a different path to get to and complete. You could take the easy way and use one of the remaining escape pods, you could figure out how to stabilize a Mimic portal, or you could literally fire yourself to Earth via a massive cannon.

At the start, Mooncrash is on the easy side for both roguelike fans and players of the base game. Your overall progress is tracked by the 27 objectives that are part of your obligation to the company. Start completing them, and the game reveals its devious roguelike twist.

Bugs in the Program:

In order to officially beat the game, you must do the as-for-mentioned objectives. This also unlocks the other four characters that you can choose to play through the simulation with. However, as you start completing objectives, the simulation begins to update itself and things become harder.

While the overall objective and layout stays the same, situations can occur in each of the areas that will force you to adapt. The first one is the arrival of the new enemy: the moon shark. Essentially this is a typhon who saw the movie “Tremors.” 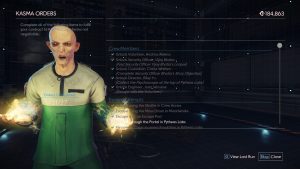 each character has a preferred way of escaping and item use

The more progress you make will cause more factors to start appearing in subsequent runs. Later, you’ll have to worry about events like fire damage, areas that don’t have power, and you’ll need to adapt to them.

The final challenge for Mooncrash involves you beating the simulation with each character in a single run. That means all the resources must be effectively split between each character; including the ways out. While this may sound very hard (and it is), Arkane did take one other note from other roguelike games.

A Credit to Progression:

Mooncrash features two persistent systems designed to give players an edge and hopefully push them to complete all the objectives. All neuromod installs remain persistent across runs, and while that can hurt you if you do take too many typhon powers, it does allow you to keep passive upgrades and powers.

Everything you do in the simulation is tracked and earns you sim credit that can be spent at the start. All blueprints found and chips will allow you to purchase them and allow you to start with additional items, weapons, and healing items for each character. Most likely, you are going to need a combination of neuromod upgrades and starting resources if you want to have a chance at winning with all five characters. While this may sound daunting, Arkane’s knack at immersive sim and level design keeps it under control.

As with the main game, there are always multiple ways through challenges, and observant players can find shortcuts and secret supplies that refill at the start of each new run. The four areas show that eye towards passive storytelling, as you can see where the crew was when they died and learned more about what was going on at the moonbase. 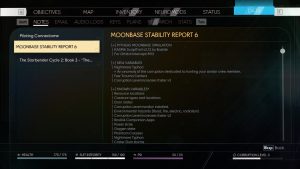 The updates do change things, but not enough to create variance between runs

Even the best players will have to play through multiple times to see it all. Each character also has a personal story that requires different tasks to unlock and then complete.

With all that said, my biggest gripe with Mooncrash may be one of the most nitpicky — I wanted more roguelike elements.

Prey Mooncrash despite having AAA development thrown at it is still on the lighter side compared to the roguelikes we’ve seen from Indie developers. The reason is that we’ve yet to see an engine capable of making 3D procedural generation at the same depth as 2D; with the posterchild of 2D being Spelunky. Arkane realized that and kept the procedural generation away from their level design. Instead, the game’s procedural elements occur outside of the design of the world: enemy/item placements, and random events.

The issue is that those elements don’t add up to creating variance with each play. Even though some of the events will adjust your path, you’re still doing and exploring the same areas each time. By the time you’ve completed half the objectives, you should have a good mental map of the station and a gameplan for each run. 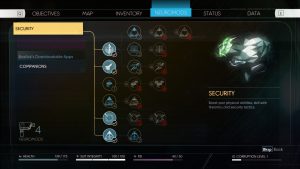 The sim points are both a blessing and a curse in this regard. To a novice player, they can give them a leg up in terms of playing. For an expert on the other hand, you can essentially break the game once you know what you’re doing.

Despite having items that are randomly generated, the enemies belong to specific types, which means there are best ways of dealing with them. The same goes for the escape routes once you know what you’re doing.

Despite my complaints, Prey Mooncrash deserves more praise and analysis for the very fact that we have a AAA studio who made an original roguelike — a genre that has only been done in the indie space until now. I hope that Arkane gets a chance to iterate on this and show more mainstream audiences the appeal of roguelike design through the accessibility of a AAA title.

If you enjoy my work and like talking about game design, the Game-Wisdom Discord is open to everyone.

What Makes a Videogame Memorable