The Problems With Aimless Game Design

Today’s post is all about a common problem that I see with a lot of open-ended and sandbox games and it’s the criticism of the game being “aimless” or when the game designer’s focus on freedom hurts the player’s ability to learn and it’s a major killer for me when trying to get into some of the most popular games on the market.

The open-ended and sandbox genres have become very popular over the last 5 or so years thanks to games like Minecraft, Dwarf Fortress, Kerbal Space Program and a slew of survivalist themed titles. Their main hook is the complete freedom the player has in exploring the game space and getting whatever they want out of them. Some games have loose goals like “survive” while others just let the player run wild with maybe a very long-term goal to worry about.

And while giving the player freedom is a major plus in these games, there is a problem with freedom when it comes to learning. When your game is aimless it means that there is no sense of progression or learning curve that the player can use to figure out how to play the game. Because everything and everywhere are open from the start, the player doesn’t know what they should be doing.

Now when complaining about aimlessness, there is a big difference between saying that you want to have goals in an open-ended game vs. wanting a linear hand-holding experience and the best open-ended or sandbox games build goals directly into how the game is played so that the player is learning without being presented with a step by step guide.

When aimless becomes a problem is in titles where the goals or the rules of the world don’t present themselves to the player and they have no idea how to progress. It’s like being given a cabinet and asked to build a copy without any further information, parts or guide.

My recent example would be Sunless Sea where at the start the player is dropped into the world with a brief introduction and then asked to figure everything else out through play. The problem with this philosophy is that the player has no sense of what the game is about and that makes it very hard to learn through playing as there is no logical or linear order in what to do.

With Sunless Sea, the second you leave port you will start losing fuel and food which also relates to losing money. The game hits you with an open map, stores full of miscellaneous items and more without a greater explanation. There is nothing to tell them if they are making progress, no short or midterm goals to aim for. The only direction they are given is the long term goal that will win the game but even that isn’t properly explain and left to the player to figure out.

open ended or sandbox games typically drop the player into the world without any information on how to get started.

Now of course expert players or those that stick with it long enough will learn everything that needs to happen, but people who get frustrated with not having any clear idea of what’s going on are going to quit before they get that breakthrough.

The point about open ended/sandbox design and when they work best in teaching the player is through learning by doing — or in other words the natural progression of the title is also how the player learns the game.

I have two examples of this starting with Don’t Starve. In Don’t Starve, the player is literally dropped into the world and asked to survive for as long as possible. The player’s progression in the world is tracked in two ways: How long they’ve survived and what materials or crafting options they have available.

At the start of the game, the player’s only means of interacting and using items are picking berries for food and gathering sticks and grass. From there, they can craft basic tools that they can use to harvest the rest of the first tier of materials, and then build basic items like bonfires and a crafting machine. What happens is that by gathering materials and learning how the world works, the player is able to figure out the game even though every playthrough features an entirely open world for them to explore.

The other example is Kerbal Space Program which leaves you in control of a Space Program and challenges you to launch rockets into space. Before the campaign mode was created, the developers simply had sandbox mode which gave them all the parts available with no further goals.

What happened was that the player learned through the actions of building their rockets how the game work and by launching them successfully created new goals. First it’s getting a rocket in the air, then getting it to land safely, then breaking atmosphere, reaching the mun (yes I spelled that right) and so on and so forth. Completing a self imposed goal would present a new carrot on the stick to go after and each goal would further improve the player’s understanding of the game rules. 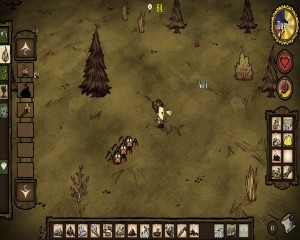 Don’t Starve’s use of progression tiers allows a player to learn naturally through playing how the various objects and materials work.

Now it’s important to point out that Kerbal Space Program despite being a sandbox play was all about real world rocket science and player interaction.

When you have a game that is dealing with abstraction, even if it’s set in a real world like setting such as The Long Dark, it’s much harder to explain the game through learning by doing.

When trying to teach the player how the game works without the use of a linear tutorial or game flow, there are several things that you can try. If your game is about crafting elements or using items to survive, don’t overload the player with everything at the start. Give them the immediate basic items or crafting materials right at the beginning that they would need to survive.

With Don’t Starve and Minecraft, both titles start with basic materials that are spawned close to the player and these items will get them going and provide them with the basics to start. Once they learned how to use those items, they can begin to branch out and experiment with whatever else is lying around. With these games, the player is going to associate anything you give them at the start as the most important items in the immediate future.

This is why a popular design option when designing the world is to set higher tier or late game materials and items farther away from the player so that they aren’t confused by mixing early and late game content.

If your game is not about crafting like Sunless Sea then you need to find some other way to present concepts to the player in order of importance. This is where having tutorials or simply a “starter quest” can be helpful as it can show the player the basics, give them an idea of what to do and then push them out into the world with the early concepts down. 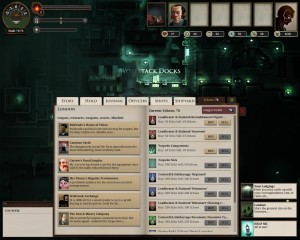 Too many choices and options early on can overwhelm new players who aren’t sure of what they should be focusing on from the outset.

Another thing is that you want to hide advanced information while pushing beginner content through the UI and game options.

The first thing that I see when I go to the shop page in Sunless is multiple shops with all kinds of items for sale and other than food and fuel, I have no idea what these items are supposed to do or if I even need to buy them.

A better solution would have been to give the player a basic quest revolving transporting goods and walking the player through the different shops or just one and teach the player about going on trade runs.

Once the player gets the basic concept down, they can then extrapolate that out and make up their own trade runs.

The first few minutes or playthroughs of a new game are the most critical moments to see if someone will become invested in the game and this is where a lot of game designers lose potential new fans to their game. Remember, you don’t need to make a guided tour to teach the player but lay things out so that the basic building blocks are there for them to figure things out.

The expression is “learn to walk before you run” not “master all forms of survival before you figure out what the run button is.” 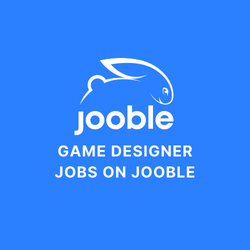