Puzzle design is a topic that hits a lot of aspects of game design. From the days of Zork to modern adventure games, there is a lot to this discussion. Trying to drill down what makes a puzzle work vs. those that are just frustrating can be difficult. For this post, we’re going to look at three essential questions that should be the basis for any puzzles.

The first great part of our discussion is the difference between having an internal logic or a designer logic for your puzzles. Internal logic means that the puzzles are built around the rules and setting of your gamespace. Titles like the Talos Principle, Braid, and the Swapper establish ground rules for how the mechanics and world works.

Designer logic means that the puzzles themselves don’t rely on a set of ground rules based on the universe, and are simply placed within the world with whatever solution the developer came up with. Many adventure games of the ’80s-’90s are examples of this — with esoteric solutions designed to confuse players into getting a strategy guide. It’s less about the player figuring out how to solve the puzzle, and more focused on using the same mindset as the designer.

Typically, these puzzles can also feel arbitrary and just there to pad out the game. For instance: having someone require you to collect a laundry list of items to move forward, but it just so happens that each item is behind a complicated puzzle to get.

Another point is if you use real-life knowledge as a part of your puzzle that everyone may not have. While we all know how to start a fire, tasking the player on the exact method to treat a first degree burn is a different story.

For any adventure game, puzzles are designed around the “lock and key” principle that we talked about in the video linked. These puzzles have one solution, and it’s always black and white in how you solve them. This can end up leading to the player literally trying every item in their inventory until they stumble upon the correct one. 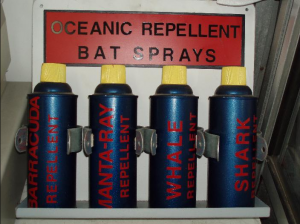 a Bat-specific solution to a puzzle

The advantage of the lock and key design is that it allows you to craft unique puzzles at every step of your game. However, because these solutions are always binary, you can only solve these puzzles once due to the solutions being fixed.

As game design evolved and we started to see puzzles paired with action design, this required a different kind of thought process.

For the series we mentioned above, while these puzzles have a fixed endpoint, it’s not as black and white compared to adventure games. There never is just one thing or command for the player to do that will solve the puzzle, and it will usually require a multi-step process.

For a game like Braid, it’s not just about understanding what the solution is, but being able to put it into practice. This is also why these puzzles tend to be frustrating to people, because it’s hard to tell if they have the solution right and they’re not performing it correctly, or they’re doing something they think is right but it’s not the solution.

We can also see this kind of design with the rise of Kaizo hacks and creating incredibly difficult levels in older video games.

Great puzzle design is about an unspoken contract between the designer and the player — with the assumption that the player is given all the information they need to solve it, and it’s just a matter of parsing it out.

With that said, I want to talk about three questions that the game should present to the player if you want the puzzle to be viewed as fair.

What is my Goal?

The first one is obvious: What am I trying to achieve or get? This could be as simple as opening a door, to performing a complex set of instructions to reach an item or beat a boss.

This is one of the issues that we see in a lot of classic adventure games, and how the player will have something stopping them, but they don’t know what they’re trying to accomplish.

Let’s say that a giant monster is standing in their way, one could assume that the goal is to get around them, but what if the designer’s solution is that you need to serenade them with a rendition of “My Fair Lady” until they fall asleep. If the obstacle doesn’t match the solution that is intended, it will lead to a frustrating time.

Being able to understand what they’re trying to do is an important part of our next question.

The obstacle that’s standing in the player’s way is another obvious point. The player needs to know why they’re not able to just get what they need in order to start formulating a plan to get around it.

One issue I see in a lot of adventure or puzzle-styled games is that the game will present a situation that is similar to what the player has done before, but an unknown arbitrary condition is preventing the player from getting past it.

In the classic adventure game Alone in the Dark, there is a suit of armor that comes to life as an enemy to fight. If the player uses any conventional weapons that have worked on previous enemies it will not hurt the knight. The only way to beat the knight is to throw a heavy object at it to kill it, but there’s no indication about that being the way to fight it. Because of that, it’s vital that the game educates the player when something they’re trying is not working.

A better example of this situation comes later in the game when the player has to fight a spirit by picking out the right ceremonial dagger by finding it in the study.

If the player doesn’t understand why they’re not able to move forward, then they’re not going to be able to start to put things together for our final point.

What do I have to Work With?

Lastly, the player needs to be able to draw a point from what’s needed and what they currently have available. One of the issues I talked about with a series like La-Mulana is that the game frequently throws puzzles at the player and there’s no indication if they even have the right tools at the moment (or even if they exist) to get past them.

The reason why this question is important is because it allows the player to start trimming out what isn’t the answer to the solution. Obviously, as the game adds in more tools for the player to use it will become harder to figure out what’s not needed for a specific puzzle.

One of the many great posts by adventure game designer Ron Gilbert talked about the problem of “backwards puzzles”– where the player will find the solution before they even know what the puzzle is. This can lead to the classic situation of having dozens of items, but no idea what their purpose is.

Another issue I want to clarify is when the game will purposely prevent the player from doing a solution because the right trigger hasn’t been done yet. Not only does this get in the way of playing the game, but it obscures the usefulness of the player’s tools due to something they don’t know about.

One other point to mention are games that give the player tools that have secondary functionality. If there is an esoteric use for an item or tool that the player would not realize on their own, it’s important to introduce them to the existence of it at some point during play.

For myself, I found that I gravitate towards iterative puzzle design more than traditional lock and key methods. Being able to piece out a solution one step at a time is more satisfying than just throwing random items at a person and hoping that one of them moves things forward.

Regardless of your design, it’s still important to think about your puzzles using the three questions we talked about. At the end of the day, the player should be able to use what you gave them to figure out the solution and be everybody’s favorite hero shown at the top of this post.

The player should feel great about solving a puzzle on their own merits, and not frustrated to the point that they have to look up a guide. Everything the player needs to solve a puzzle should be presented to them some way in the game. And don’t forget: when in doubt, you can always make the solution duct tape-related.

To wrap up this post: Can you think of really clever puzzles in a video game that you felt great solving?

What are Immersive Sims — Critical Thought