Shin Megami Tensei has been one of my favorite series thanks to its higher difficulty curve and unique stories. And with Shin Megami Tensei 4 marks several major milestones for the series, most important of all: the first new SMT game on the 3DS.

There is a lot riding on the game to win new fans and bring the old to the 3ds and Shin Megami Tensei 4 is a great RPG with a few missteps.

Let’s begin with a brief talk about the series for people who are new. Shin Megami Tensei is a series that is made up of side stories and main branch games; all tied together with challenging RPG play and summoning demons into battle.

Most likely if you are a newer fan to the series, then you have been playing one of the side story games like the Persona series or Strange Journey on the DS. The last game that was considered a main branch title was the PS2 game: Nocturne released in the US in 2004. The defining mechanic of a main branch SMT game comes down to the “press-turn” combat system.

How it works is that your group (made up of the main character and three demons of your choosing,) and the enemy group each get turns during a round based on the number of members of each party. If you hit an enemy’s weak-point, you’ll receive an extra turn for that round with a possible max of 8 turns in a single round.

Hit an enemy’s strength and you’ll lose some to all of your turns for that round based on how resistant they were. Once a side has ran out of turns, the other side goes following the same rule structure until one side is eliminated.

Besides the press-turn system, the other twist is the fact that you’re never going to have a stable party for long in a Shin Megami Tensei game. During battle you can talk to the enemy demons and persuade them with items and such to join your team. Almost every enemy in the game can be recruited, each with their own resistances and skills.

You can also fuse demons together to create a new one based on their levels and species. This by the way will allow you to create some of the bosses you’ve fought. 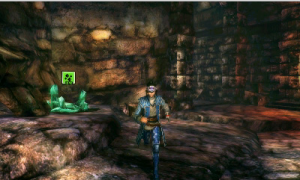 Dungeon exploration is handled with 3D exploration, but it can sometimes be hard to catch enemies coming in off camera.

Shin Megami Tensei 4 as with previous games in the series adheres to these rules, but features several new systems and changes, some making the game more accessible and others adding to the challenge.

There are three changes that help make Shin Megami Tensei 4 less brutal compared to previous games. First is that having your main character killed during combat doesn’t automatically end the game anymore, now your entire party must be wiped out to lose.

But even losing isn’t as punishing anymore. When you die you can pay macca (in-game currency) or 3DS play coins to be brought back to before you died. The last change is that you can now save anywhere you want including before boss fights to help prevent you from losing too much progress.

Beyond those changes there are several new systems in place with Shin Megami Tensei 4. Going back to the press-turn system, when someone scores a critical hit or hits a weakness, there is a chance for a “smirk”. When a character is smirking, all their stats will be improved and their next attack will hit stronger and yes, bosses can also smirk.

There are two new systems that have a major affect on character progression and your choices during play. Apps which were first introduced in Strange Journey have a new role as passive bonuses in Shin Megami Tensei 4.

Every time you level up, you’ll receive 10 App points which can be used to unlock a new app. The apps themselves offer a variety of improvements: increase the # of demons you can keep with you at one time, reduce the magic points needed to use skills and more. Depending on how you’re going to play the game, you’ll need to decide what apps to go for and you can’t get everything.

Unlocking new skills for your main character is now done via “demon whisper.” When a demon levels up far enough to unlock all the skills they were going to learn, you’ll have a chance to pass those skills onto your main character with the only limit being the # of skills total that they can learn. If the main character already knows a skill, it will be automatically boosted for more damage or healing depending on the skill.

These two additional systems are great as they make the act of character progression completely transparent, while still forcing the player to make tough choices. 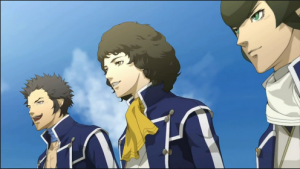 Characters and demons alike have a good visual style to them, but the still cut-scenes don’t look as good compared to fully animated ones.

As with Nocturne, you’ll wander around the 3d environments but for the first time in any main branch SMT title, there are no random battles.

Here, monsters will appear while you are running around and if they come into contact, you’ll go into the combat screen. Hit an enemy first will usually guarantee you a first strike, but if they run into you then there is a chance they’ll go first.

If you are counting at this point, this analysis is close to 1000 words and we haven’t even gotten to the story and that’s not because the story wasn’t interesting, there is just that much depth to the series.

Shin Megami Tensei 4 begins in the territory of Mikado where every child at the age of 18 must undergo a ritual at the capital to see if they can become a samurai. The ritual involves putting on a strange gauntlet that is told to be magical, but looks strangely futuristic.

Of course RPG rules dictate that the main character gets in and becomes a samurai. At first all the player knows is that demons hunt in an underground dungeon and that they must patrol and keep them from invading the kingdom. But when a mysterious samurai in black armor appears, the player will start to realize that the “when” and “where” of the game’s setting may not be completely accurate.

Graphically the game looks great for the 3Ds even without using the 3D slider and the demons have a good visual style to them. To cut down on costs and resources, the majority of the game’s cut scenes make use of still images of the main characters which sucks compared to Persona 4′s animated cut-scenes but isn’t a huge deal.

The voice acting was ok with characters talking during cut-scenes and random battle cries during combat.

Besides exploring the dungeon, you can also take on quests that you’ll receive from the tavern. These quests ranged from tracking down and fighting mini boss demons to general collection quests.

For fans of previous SMT games, Shin Megami Tensei 4 is a great game, but it’s time to talk about those annoying details that upset the game.

The difficulty of Shin Megami Tensei 4 is somewhat erratic compared to previous games in the series. With Nocturne, the difficulty curve could be described as peaks and valleys: As regular fights weren’t that bad with very challenging boss fights. Unless you were very unlucky or caught completely unaware, it was rare to die to a random encounter. 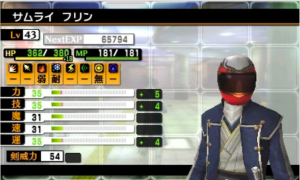 Distributing stat points on level up will help influence your combat strategy.

But here, attack damage has been increased across the board and health and defense has been lowered.

Outside of boss encounters, most demons can’t survive a single round of concentrated attacks even without hitting a weakness.

When you start running into enemies with group effecting attacks, it’s very possible to have your party wiped out before you can react. Having the player lose before they can even do anything is not good design.

Because of how strong attacks were, it can also lead to inconsistent boss battles. As an example: At the first real boss fight of the game, the boss hit me with a group effecting ability that took my entire party from full to dead in one round. I reloaded the game and used the same exact party and strategy and beat the boss without breaking a sweat because it didn’t use that one attack.

These adjustments to stat values make Shin Megami Tensei 4 less tactical compared to previous games. In most cases it’s better to focus down the enemy than trying to use aliment or buff skills. After dying a few times the game will unlock an easy mode that reduces enemy damage but it’s never good to have a difficulty level that can become frustrating to play.

After the first big story twist (that I won’t spoil here,) the game world opens up dramatically which turns out to be a mixed blessing. The problem is that the only way to make forward momentum in the game is to experience the story events in a set order. But with the world mostly open and a limited fast travel system, can slow the pace of the game dramatically.

Because of the limited fast travel system, it makes side-quests outside of the main areas annoying to have to walk to and from while dealing with enemy encounters.

The other issue which is not as damning is that I have some UI complaints. I found the controls to be slightly annoying such as having the Y button be the attack button when I’m used to playing games where attack would normally be assigned to the X or B buttons. 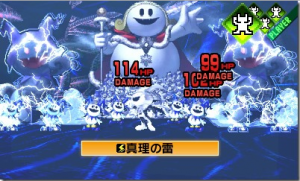 As standard for SMT games, SMT 4 features a wide variety of demons to meet and fight.

When you turn on the auto-battle mode during combat, you can’t turn it off with the same button which here, one round can mean the difference between life and death for your party.

Shin Megami Tensei 4 is a great, but strange game for the series: Being both more accessible and at the same time tougher than previous titles released in the last few years.

Still, I would definitely recommend it for both newcomers and returning veterans alike. The increased difficulty of the game was offset by the new gameplay systems and accessibility changes. With Shin Megami Tensei 4, the 3Ds has another great RPG for its lineup.

Lastly, for newcomers looking for another great SMT game, I definitely recommend Persona 4, either the newer PSP Vita version or the original PS2 version. The story was interesting with great gameplay and is one of the best side-story games in the SMT series. 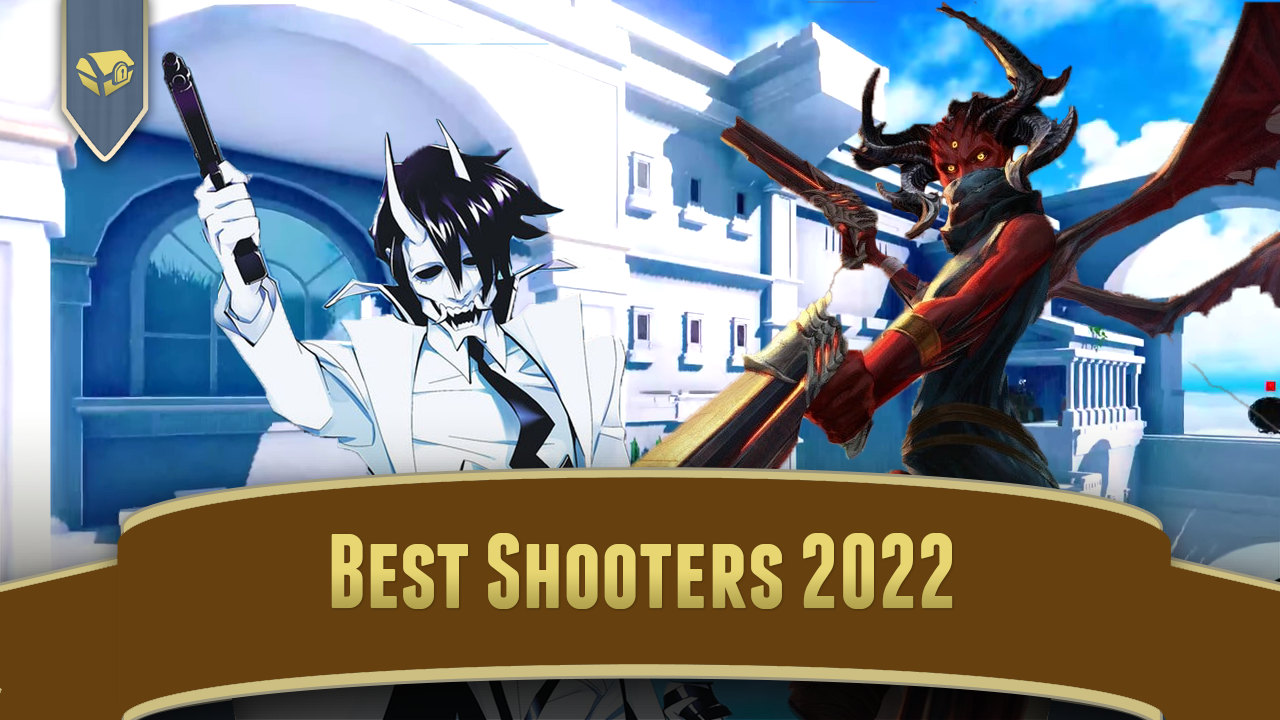 Perceptive Podcast: The Future of The Pinball Arcade