The Transactional Nature of “Game Journalism”

The Fame of Game

Discussing prestige games and chasing clout when it comes to these titles on my recent podcasts made me think about one of the most frustrating aspects of video games — not about the people who make the games, but the people who cover them. The influence of streamers, online sites, and the low barrier of entry in this respect has come with it an entire market not dedicated to covering video games and the industry, but the “celebrity” of covering games.

Before we get started, this rant is not aimed at people who cover specific genres or topics in the game industry — channels, sites, and influencers who only play sports games, adventure games, horror games, etc., where they are focusing on a specific kind of game and that’s what their brand and audience are about.

My issue is with people who view playing and covering video games as both a transaction and status symbol — where it’s not about playing the game out of wanting to experience it, wanting to help out the designer in some way or improve the industry but as a means of getting something out of it for their channel or site. For people who cover games, it’s about only covering the games that they know are being talked about — which in turn will drive eyes to their site regardless of whatever they have to say about it.

As someone who has been covering indie games for now a decade, I have seen the same trend happen when a game does get notoriety and success. You’ll see influencers and sites covering the game like it’s this artifact that they themselves have just discovered. Sites and channels will immediately make multiple posts and videos on the game…up until the point that a new game comes out and then the cycle begins again and that last game is never heard about ever again…unless they release a big update or make the news. I’ve seen this happen with Shovel Knight, FNAF, Outlast, Slay the Spire, Among us, Disco Elysium, Stray, to Vampire Survivors right now, and it’s just the same song and dance. 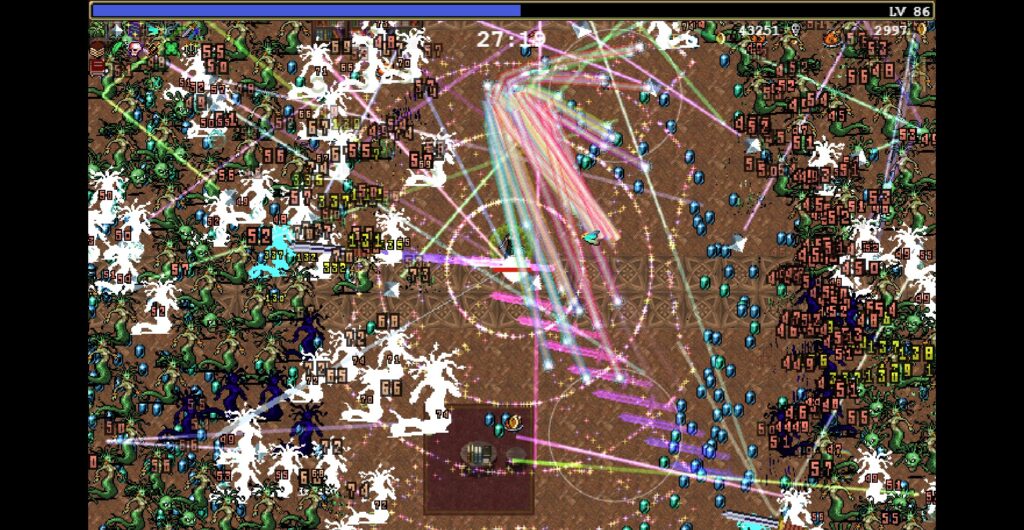 This is also why I’ve become very leery when I see small to mid-sized content creators and journalists who go on social media begging companies to notice them so that they can become part of their partner program or whatever fancy name they use.

When you view playing a videogame as more of a career steppingstone rather than covering it out of interest or to support the game or creator, that’s when I have a problem with people who cover videogames. And sites that like to cater to these audiences or only focus on whatever else is already talking about.

And I understand the hustle of what it means to be an influencer, and why I’m very bad at it, but it brings up a point that I’ve felt brewing for the past 20 years that has only gotten worse over time.

The “Fame” of Game Journalism

Game Journalists will argue with you to the death that the job is not lucrative or easy, which is true, but that hasn’t stopped this sentiment that I’ve seen from sites and creators who feed into the fame of not covering videogames but covering the “right” videogames to keep themselves being noticed and becoming famous.

One of the most depressing aspects of covering games is the very fact that the people who generally cover them are often more recognizable and famous than the games they play. We see this on mainstream sites, to awards dedicated to content creators, to this attitude that only a game that helps their channel or site grow is “worthy” of being covered by them. That the only reason why they will cover a game is not to help the developer out, or that the game is good enough to be covered, but that it is already famous, and they can add to their own notoriety by covering it. And that at the end of the day, it’s more important for them to talk about something, rather than the importance of covering a good game.

I know someone will argue with me about this point, saying something like “but if we don’t cover recognizable games, then we won’t have any money from advertisers.” If all you’re doing is regurgitating the same points that are made by everyone else, then you’re not really providing anything new or different of value to the conversation.

This gets back to the transactional nature of game coverage, and why it is often a self-fulfilling prophecy of how games blow up. I’ve talked about this before — the act of getting noticed by big-name content creators and sites like IGN or Kotaku is not why a game succeeds: it is the result of them succeeding in the first place. If your game wasn’t successful already, they’re most likely not going to touch it with the exception of specialist writers who specifically cover niche games. And even if a big name creator covers a game, that also doesn’t guarantee success by itself. This is where that cycle, I mentioned further up, comes from — a game becomes successful in the indie space, which gets it in front of major names who then decide to cover it, in turn, making that game even more successful. I’ve talked before about how success breeds success in this industry — and how much the life of a studio changes after its first big hit. When you no longer need to shop your game around to outlets to cover it; your name brings them to you. 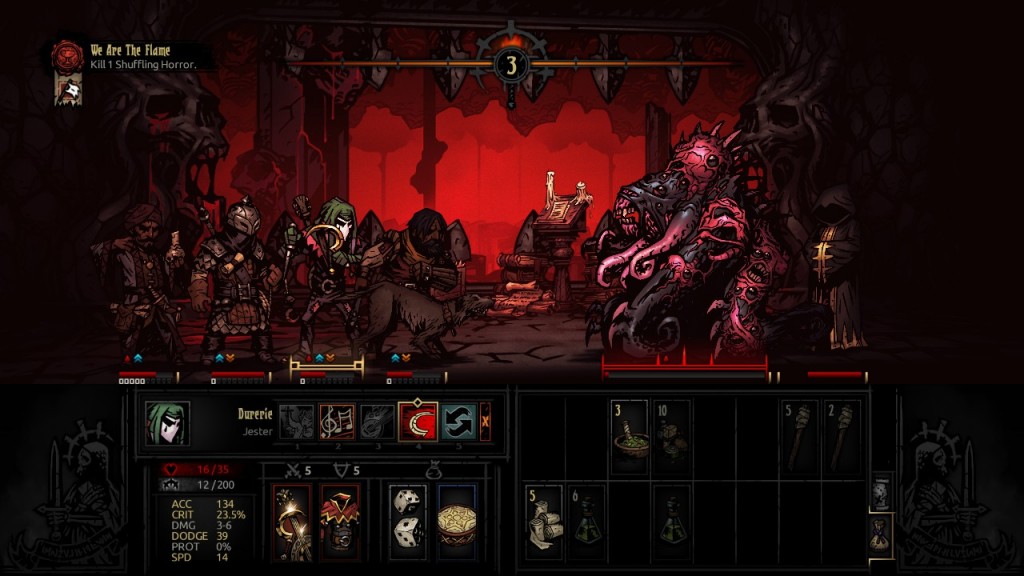 And there are plenty of game journalists, sites, Youtubers, and streamers who want to become that name — the “kingmaker” whose coverage makes or breaks a game. Not everyone starts out this way of course, but the second you turn down a promising game not because the game is bad, but because there’s a more famous game to cover, or one who is willing to pay you more to cover it, that’s when you cross that line. This is when it stops being about trying to do a job and more about being a part of some exclusive club of influencers.

My journey has been quite unusual I feel. I’ve wanted to cover games, but not as a games journalist, I make videos and talk about them, but I don’t know if I would be considered a gaming YouTuber or influencer. As I’m typing this, I have a combination of IGF games to look at, and over 30 indie games and demos that were sent to me separately by designers to play. I have played games from student teams, alpha builds, and games that literally have 0 reviews on Steam; it’s why I always have a hidden gem ready to go for when I write on Superjump.

The games that I play, many of them come from developers who don’t have a marketing team, let alone a marketing budget. I play them not because it’s going to boost my subscriber count or get me more views on YouTube, but because I’m interested in studying game design and growing my understanding of it. I’ve said this plenty of times before when an indie game does blow up and everyone starts talking about it, my interest in covering it decreases. What’s the point of covering a game when there are hundreds of reviews, pieces, posts, and articles on it, and people can’t stop talking about it?

While I do want to continue growing in all the places I create content for, the fame and prestige of these places don’t interest me. At the end of the day, I don’t want to be associated with “just a content creator.” I think a lot about a conversation I had with a Josh I know (FYI there are plenty of Joshes in the game industry). We were talking about social media, websites, and influencers, and how so little of it matters to the non-online/non-influencer world. Having millions of subscribers on YouTube or Twitch only matters to those on said platforms or those specifically tied to them. No matter how important or great you think those people are, they’re just noise to the outside world. It’s also why a lot of people in the industry don’t care about the importance of influencers or people who treat their works as a prop for a video. Therefore getting a radio show, going on TV, or having a book published is a huge deal and why they carry a larger weight to them. If you’re going to have someone else promote your work or pay for your work, you have to be vetted in some capacity — and just being known as a wacky person who covers videogames is not enough.

The act of covering videogames should have been elevated at this point beyond just writing softball stories about your favorite games. If there are critics of movies, TV, books, etc., who have raised the discussion of their mediums, then why not videogames? And again, not about the people or companies, but about the development and design of the games themselves. 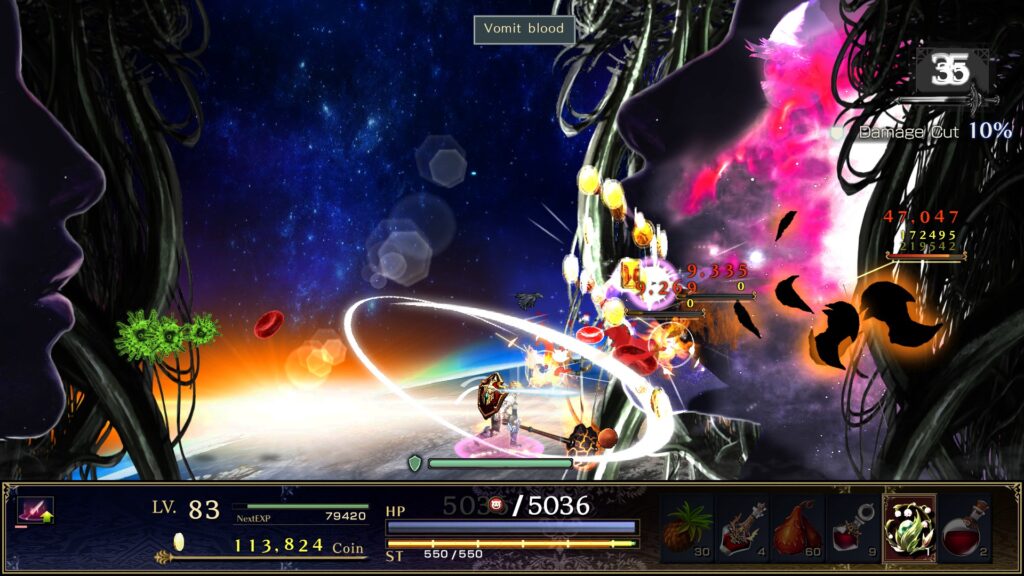 Playing indie games is the best way to not only see upcoming trends, but learn good and bad game design without the celebrity status attached to games

This is why I’ve broadened the work that I do — between writing, covering games, interviews, podcasts, and now doing talks at schools and libraries — my “footprint” is growing larger every day. My goal is to raise the discussion of game design, not to become famous so that companies send me free stuff, or I can be buddy-buddy with celebrities on Twitch or YouTube.

In this past year, without a doubt, I have played more video games than any other person on Twitch or YouTube — between festival coverages, student builds, IGF judging, and regular games. Because of that, I can announce here that I’m changing my GOTY coverage from this point on — no more top ten list, instead, I’ll be honoring multiple games for different categories as 10 games mean nothing when you’ve played over 600 different games in a year. And many of the games that I’m going to talk about, were never mentioned at all at The Game Awards.