For this multi-part post, I want to talk about several key aspects that go into making a game replayable. Too often, designers and consumers think that just having randomly-defined content works, but there’s more to it than that.

For this first part, we’re going to discuss what biomes mean not only for creating gamespaces, but the content that’s in them.

The general term for a biome is a large naturally occurring collection of fauna and flora in a given area. While that works for real life, game design is a different matter. For our post today, we’re going to define biomes as the following:

Biome: A collection of all predefined elements that can appear within a given gamespace

Any game that makes use of random or procedural-generated environments is built on a biome philosophy. Biomes are designed around randomly creating an area that will include some (or all) of the preset values somewhere within the space.

These values can range from enemies to possible gear, resources, even the environment. The point is that no matter how random the game is, it’s still built on using these preset details. Obviously, the more biomes you design for your title will give it more variance for generating the space.

At the basic level, it’s important to be able to frame your design and balance around biomes.

Biomes represent an easy way to start framing how your gamespace is going to look on any given playthrough. When having the game generate the world, you need to think about how the biomes are going to be structured around the player.

How deep you make your game will affect the biomes that you are going to use. Some games make use of a preset world, but shift the general orientation of the environments or events within them. The other extreme is literally having the game create the entire world from scratch as we see in Dwarf Fortress-styled titles.

An important detail that good designers make use of is to try and mask the fact that the environment was designed around the different sections being stitched together. You may use specific environmental details to “bridge” the biomes, or let the borders have elements that bleed through.

Even though biomes can keep the gamespace from being the same each time, you have to understand their limitations for replayability.

Building your gamespace around biomes is an important first step to create replayability, but they don’t solve every problem. As we’ve talked about, a biome will always be defined by preset values that can appear.

No matter how many elements you add to a biome, the fixed elements will not change from playthrough to playthrough. This is very true of survival games where the player will need the same resources each time.

It becomes very easy to see lesser biome design as just shuffling the same elements around while keeping the same fixed structure. You need to strike a balance between having enough preset elements to define your game, but still keeping things from become set in their ways. 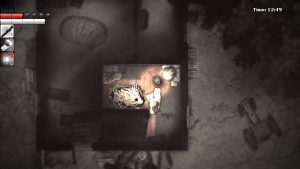 Random elements within the biome help, but they don’t lead to long-term replayability

Another problem is when a biome is just focused on points of interest and nothing else. In this case, the gamespace becomes very repetitive as the vast majority of it serves no purpose. It’s also a good idea to present multiple biomes as alternatives instead of just relying on the same set.

This is just one of the elements that made the Binding of Isaac’s expansions work. While the player will go through the same order of stages, later expansions introduced new variations of biomes that could show up to mess with the moment to moment gameplay.

Up Next: The Loot

Building the gamespace of your title is the first step towards providing replayability. For part two of our talk, we’re going to focus on the use of loot tables, or generating equipment that keeps the progression from becoming stale.

Masters of Anima Can’t Get the Marching Orders Right