The Warning of the “WOW Effect” In Game Development

Game Design is a tricky thing to do, and every video game these days is inspired in some way by something that came before it. The ability to look at a design or game system and grow it in a new way has led to some amazing games. However, there is a tendency to try and directly use one’s game systems, and it gives us the chance to talk about the harsh lesson of the “WOW Effect.”

World of Warcraft’s impact on MMO design and on video game pop culture is absolute. This was the game that took over the market, and has earned a cartoon-esque amount of money. With that fame and renown came the MMO boom of the mid ’00s with developers all chasing after it. You couldn’t throw a metaphorical stone without hitting a game with “Online” in the title.

Nobody thought they could take over WOW, but the goal was to take a small percentage of that audience; with the idea of expanding the MMO genre. Unfortunately as we all found out, that’s not what happened.

The WOW Effect is the phenomenon of a developer directly chasing after someone’s design or share of a market with their own game. You could replace WOW with Call of Duty, Grand Theft Auto, Fortnite, and any other massively successful game. 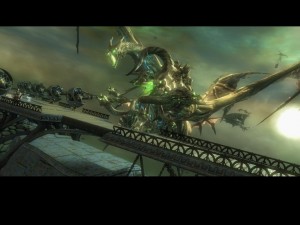 Only a few MMOs survive the crash

In most cases, developers will look at a popular game and try to iterate in a different direction. Series like Assassin’s Creed, God of War, and even Zelda Breath of the Wild were inspired by games that came before it.

In this situation, the developers put their own spin on the genre instead of just trying to do the same thing.

With that said, there are developers in both the Indie and AAA space who try to directly cash in on the success of a popular game or genre. Besides WOW, we saw the same thing happen with Minecraft, then with Five Nights at Freddy’s, and now with Battle Royale and Fortnite.

In this case, while there may be some minor differences, the majority of the gameplay loop remains the same; sometimes even the graphical style may be copied.

Going further, sometimes developers will try to create “the next X” with X being a game that they really liked. There’s nothing inherently wrong with trying to do something better, but you need to understand what that means in terms of competition and reviews.

The Game Industry for the most part thrives on indirect competition, or how buying one product doesn’t mean the consumer will never buy the other. Just because I play one platformer or rogue-like, doesn’t mean that I will never play another game of those genres ever again.

Direct competition happens when a developer tries to beat another game at its own design. While this is a popular practice on mobile with clones, there is the as-for-mentioned examples of Battle Royale and the MMO genre.

In those situations, developers were trying to court fans away from a popular game with their own take on the genre. These games are always put into development after the genre blows up. Typically, these games feature very similar mechanics and systems, but maybe with one unique twist.

The WOW Effect is a powerful one, and has led to many imitators, and sadly, many studios being closed. With Fortnite the new darling, it’s important to understand why chasing the king is not advisable.

When you are purposely designing your game around another title’s systems it changes how your game is going to be viewed and compared. You are no longer just competing with that game, but with the success, notoriety, and all the additional work done to it post release.

The reason why we call it the WOW Effect was that developers kept trying to compete with a game whose development never ended. Can someone answer this question: How do you spend two to three years working on a game to have more content than one that has been around for over a decade? The answer is obvious: You can’t. Every year WOW kept getting bigger and more famous in the industry.

To make things worse, releasing a game like this also means that you will be compared by the consumer-base to that game. Why should someone play your version of WOW or Fortnite or Five Nights at Freddy’s, when those franchises are still around? Consumers do not like to see derivative products of a brand they like, and it’s easy to shoot yourself in the foot with public perception.

The WOW Effect is something that should be on your mind whenever you are thinking about making a game based off of someone else’s design. Unless you can either make it bigger than that game, or uniquely different, you are going to be making things difficult for yourself. 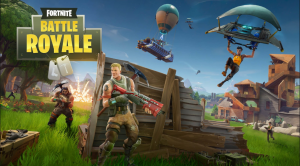 Before anyone mentions Fortnite and ask how it avoided the WOW Effect, that is a simple answer. Fortnite was the first game to present itself as the most polished and refined version of the Battle Royale formula; in essence, it was the World of Warcraft of 2017.

Trying to beat someone at their own game is a tough hill to climb, but there’s nothing wrong with being inspired to do something different. Following FTL’s success, we have seen multiple games released inspired by it, but nobody was trying to outdo FTL’s design.

As anyone in the game industry knows: Ideas are a dime a dozen. The real strength of a game designer is in their ability to implement and turn these ideas into an actual game. Being able to examine and take apart game design is a useful skill, and so is being able to do more with it.

The Balance of Game Design of Shop Simulators