Every now and then a surprise hit drops on Steam. Core Keeper is one such sleeper  – racking up an impressive half a million downloads within the first two weeks of early access. So what makes this dungeon crawler a breakout success?

Resource gathering is fairly straightforward: you need food to keep going, and ore to craft new tools and armor. These are gathered by digging and mining adjacent tiles. Once you’ve excavated your way out of the first few levels and filled your meters, the map opens up into a huge procedurally-generated world filled with enemies, items, and regional bosses.

The game plays like a top-down version of Terraria, with bits of Stardew Valley. Build up your base, craft tools and armor for exploration and combat, and expand out into the wider world with secondary bases and return paths.

Unlike most games with a set tech tree, Core Keeper keeps its skills and tech progression close to the chest. Instead of being provided a set of goals and objectives to accomplish in order to level up, you earn and learn by simply doing.

The game awards XP whenever you accomplish an action, even something as simple as running. Run enough and you eventually increase your movement speed, which is relevant since you’ll be doing a lot of exploring and returning to your bases. 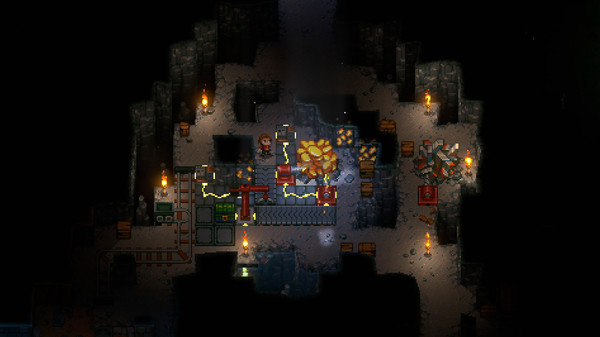 A simplified skill and crafting system allows you to get to the meat of exploration and discovery right away.

Another neat execution is the crafting system. My exploration yielded a new type of flower. When eaten, it filled the hunger bar. However, when I cooked it, it provided a running boost. The same goes for all of the materials and items found in the game – you have to experiment to find out what additional benefits or hidden perks they can provide.

This not only extends to food, tools, and armor, but the way you construct your base and defenses. It also allows the game to be a little less repetitive, since each dig and exploration yields new surprises and more opportunities for experimentation.

As an underground game, Core Keeper’s subterranean setting lends itself well to suspense and the thrill of combat. There are ominous sounds when you get close to a boss, while the shadowy environment does a good job of increasing the tension. There were times when I broke through a wall expecting a fight, only to discover the edge of a yawning chasm. Another time, I was exploring a distant biome when I saw red eyes in the dark, which actually caused me to jump out of my chair. 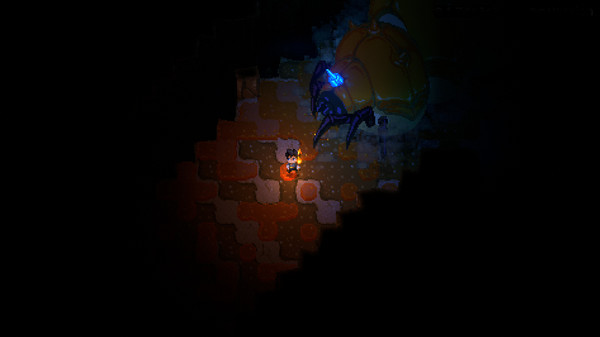 the darkness hides many things!

There are regional bosses just like in Valheim, but one notable difference is you don’t have to fight all of them – in fact, significant portions of the story can be played without encountering some of the bosses. In fact, you have to use a scanner in order to locate them.

When you do have to fight, combat is fast-paced. There’s both melee and ranged options, and the fights are much more thrilling compared to other exploration games like Stardew Valley. Thankfully, the game is forgiving – when you die, you can recoup most of your items by running back to your headstone. It’s the going back to the place where you fell that can be an arduous task, especially if it happened in a distant biome far from your base. 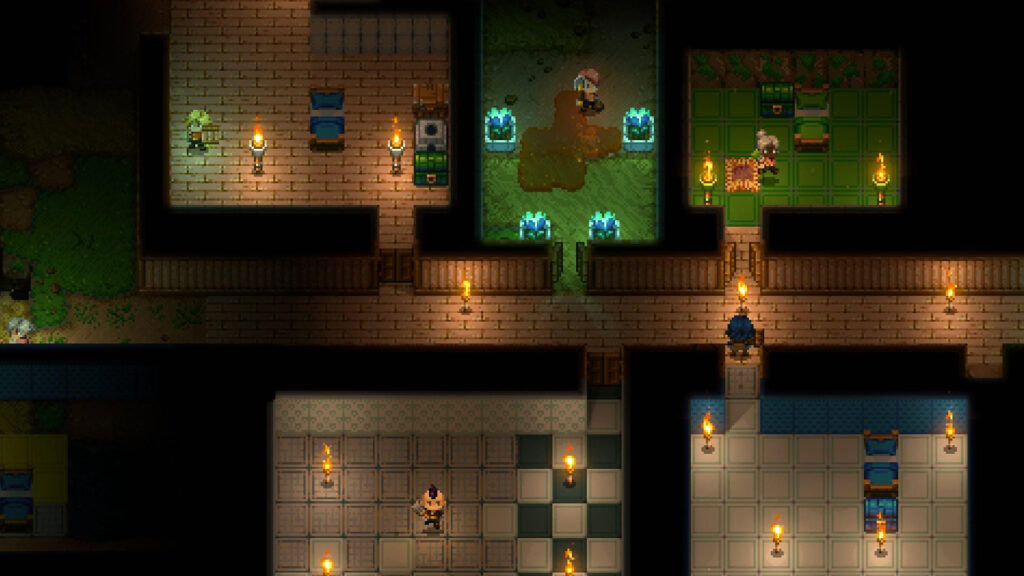 But what keeps Core Keeper fun long after the grinding and experimentation is its collaborative nature. The game supports multiplayer for up to eight people.

Once you’ve got the basics and get bored with playing solo, teaming up with a friend or two can revitalize the game. You can explore new biomes together, collaborate on base building, and plan out better paths back to your respective territories.

Core Keeper is currently on Steam early access for a highly reasonable $12.99.
By Jerome Morris — A gamer geek fascinated by scripts and dialogues that turn a good game, into an amazing one. Freelance game writer, and dialogue fanatic currently working on developing experiences in the gaming industry