Sam Barlow’s recent narrative title Her Story has wowed fans of interactive storytelling thanks to its use of modern FMV with an interesting story that is up for different theories and interpretation. I had a chance to speak to him over email to talk about the success and development of the game.

1. To get things started, could you talk a little bit about your background and experience in the Video Game Industry for everyone reading this?

I’ve been working professionally in games for over ten years. While some people know me from my 1999 text game, Aisle, my first commercial game was Serious Sam: The Next Encounter (perhaps one of the most underwhelming subtitles ever used!) Since then I’ve moved into a position where I’ve been able to explore my passion for interactive narrative, most notably in Silent Hill: Shattered Memories.

In 2014 I went independent, mostly in response to the emerging difficulty in getting more story-focused games greenlit by big publishers — in stark contrast to the excitement I was seeing being generated in the indie space.

2. With traditional or mechanic focused tiles, most developers start with a mechanic or system that they want to develop and expand on, but obviously a visual novel style game is different. For coming up with Her Story, how did you start developing the game?

Actually, for me it’s usually the system too. At least the structure, or the mechanic or the wrinkle that sets it apart from other games. Then I start to develop the story — and soon the story and the characters are the most important thing. But the spark is always the setup. So with Aisle, it was “A game that punishes players for typing silly commands” and “A one move game”. With Shattered Memories it was “A game that psychoanalyzes its players” and “A game that uses the Wii hardware to enhance immersion”. 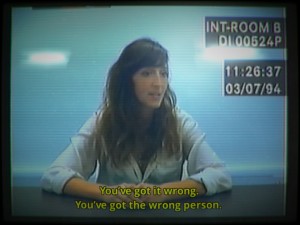 Her Story may begin as a murder mystery, but things get a lot deeper the further you explore the tapes

Her Story was in its earliest moments essentially “A police interview game where you view a video database by searching against the words the interviewee speaks.”

Once I started to research the process of police interviews and watch footage of them online, then the story and characters began to emerge.

3. A key part of what makes Her Story stand out is the FMV format, was this something you had in mind from the start, or did it come about during development?

Yes, this is was the core of the idea. I’d been fishing around for ideas for an independent game and was focused on the idea of something in the police procedural genre. I’d zoomed in on specifically the interview room — that seemed like something that would help with scope, but also was very interesting to me. But at that point I didn’t know how a game could work in that scenario. When the idea did pop into my head — the fusion of the video footage and the database concept — it instantly appealed to me.

4. Also regarding the FMV scenes, what are you thoughts on working in this medium in today’s market, considering how it fell out of favor over the last decade?

I think video made sense to me because we live in this era of video — of youtube, netflix, vine, etc. I wasn’t thinking in terms of ‘FMV’, more reacting to the way that video is all around us now. So making a game that revolved around video seemed sensible. For this same reason, I think video will become more and more prevalent again in games. You’re already seeing it with things like Need for Speed and Guitar Hero. I think we’ll see more!

5. The story of the game is quite interesting, with many fans coming up with theories based on the information they found while playing. I’m curious, how long did it take you to come up with and plan out the story for all the scenes?

I spent a good half of development on the research, story development and then script writing. So that was about 7 months. A bit part of going independent and making Her Story was that I wanted to work on projects where I could spend a decent chunk of the dev time up front on ‘paper design’ and story development.

6. And staying on that point, were there any elements that you had planned for the game that were cut and why?

No, if anything the game became a little bit more than I’d first thought. Originally the idea was that the interface was very simple and that would just be it. Only during development did the game get pushed back into the 90s and the ‘fake desktop’ concept became more important and something I embellished.

7. Player controlled ( or affecting) stories are some of the hardest to develop as a writer. Given your background on Silent Hill Shattered Memories which also had a player guided story, are there any interesting or unique challenges that you could share with trying to come up with a story in this manner?

This might just be me, but working in this way seems… easier. Given the interactive nature of the medium, it makes sense to put some of the work in the hands of the player’s imagination. Certainly the structure of Shattered Memories and Her Story made my job easier as a writer — the writing part was very organic; and the way both games worked, the player driven aspect is deep enough that it kind of works with the writing. 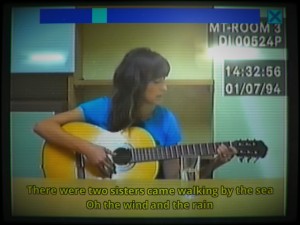 Since the player controls the order of scenes being revealed, the actual plot can be explained differently depending on the player

I’m not working to the kind of ‘railroad branches’ that many designers do — that’s a process which I would find very challenging. How to keep your characters alive in your mind when you’ve attached them to those tracks?

8. To start to wrap things up, can you give us any teasers as to what your next project is?

I would if I could! I’m letting myself take my time to get an idea that makes me fall in love with it like Her Story did! In the meantime I’ve a few other projects to keep me busy, but yeah I’m not going to force a follow up to happen — now I’ve found an audience for a game like this, I want to make sure I give them something worthy of them!

9. And finally, do you have anything you would like to say to the fans reading this interview?

If they played Her Story, I hope they enjoyed playing a game that didn’t insult their intelligence and let their imagination do a lot of the hard work!