Bird of Light by Roach Interactive has had one interesting journey getting here. When I spoke to designer Rahul Sehgal about it, the game was originally pitched as a mobile game. He ran into trouble with finding publishers willing to let him create the game he wanted.

In response, he moved the game over to PC and Steam to finish the game that will now eventually be ported back to mobile at some point. Despite the problems during development, Bird of Light shows a lot of smart design decisions for a very unique game.

The story of Bird of Light may be a bit confusing. Told by static cutscenes, the game’s heroine Tara moved to the country with her family. After befriending the animals, she finds one day that they are disappearing. To find them, she must seek out the bird of light and explore abstract dreams to discover the truth.

For an unusual story, Bird of Light has unique gameplay to match. Each level takes place on floating islands set up in grid formation. You have a set number of platforms that you can set up in any empty field. To beat a level, you must get the key and make it to the floating castle.

Tara is always moving forward and you can control her direction, position on the track and can jump over obstacles. Running into something or falling off will force you to restart either at the beginning or at a checkpoint. 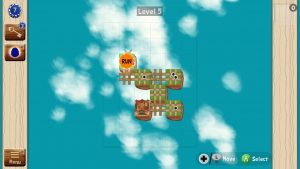 The game combines runner and puzzle gameplay for a unique experience

The game is less about action and more about figuring out the best run through the level. There are global leaderboards set up to view the fastest times (and your friends eventually).

While the game is easy for players just wanting to get through it (and there are advanced mechanics later in), Bird of Light features some great use of achievements and progression to make you want to try harder.

The levels were designed explicitly to challenge the players who go for the medals. You’ll have to both be quick with controlling Tara and figuring out the best setups in order to go for gold. Getting medals is the only way to unlock achievements in the game. 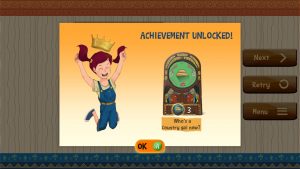 The medal system allows expert player to challenge themselves further

Tracking the best players is also a great way to test yourself further and be amazed at the times people are putting out.

My only issue with Bird of Light has to do with its mobile background and how it slightly feels like it’s caught between two masters.

Bird of Light was originally designed for mobile interfaces and it shows. The controls feel all over the place for either the keyboard or gamepad. For example, the hop commands could have been tied to one button that just alternates, as it’s really a black or white mechanic. While it felt more natural to use the gamepad for moving, the keyboard and mouse was better for moving pieces before each level.

Even then, the game never reached a point of feeling natural to me regardless of the control scheme I had. The game felt just on the edge of being button heavy when trying to play it with the keyboard.

Because Tara is always moving, I had some timing issues with quickly making jumps or changing my direction at crossroads. One last bit of mobile design would have to be the token system. Tokens can be found on each level that can be spent to permanently show the locations of all the eggs and the key on a map by map basis. I have a feeling that this was a leftover from the original mobile design or IAP feature. While it doesn’t get in the way and can be ignored, I would have liked them to be better integrated into the experience.

Maybe have another medal or leaderboard for collecting them alone or with the eggs under a specific time; something to give them a reason for expert players to go after them. Another thing I felt that the tokens could have been used for would be revealing the obstacles on the map. It’s hard to gauge perspective sometimes when you’re always moving in terms of where obstacles are. 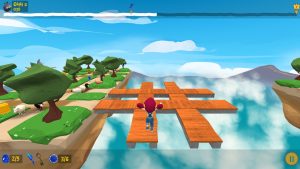 Don’t let the graphics fool you, the game does get difficult.

The problem is that the same obstacles are used for any variations of blocking the path, so a sheep could block the left, right or middle of the road. This makes it hard to quickly spot safe areas and the map doesn’t help you out on this regard.

The last problem is more of a nitpick, but Bird of Light is on the short side for players who want to blaze through it. I think this would be the perfect kind of gameplay for a level editor feature if Rahul is ever able to integrate it.

As Roach Interactive’s first PC game, Bird of Light is a great puzzle experience. From our cast, this was definitely a unique concept and I’m glad to see that he was able to get it out the way that he wanted it. For fans of all skill levels, it’s a delightful game if you’re looking for a casual or challenging experience.

For more on Bird of Light, you can watch my video spotlight of it.