On a recent post, I talked about how game sequels are an important part of the development process. One of the comments I got on Gamasutra about it raised an interesting point: Why don’t Indie developers do as many sequels? It’s a good point and one that I want to talk more about having spent so much time interviewing developers.

Before we talk about the reasons, let’s briefly sum up why the general consensus is that sequels should have been adopted by more Indie developers. The main reason is simple: It’s safer. As we’ve talked about previously, sequels are always on tested and proven game concepts; something people know will sell.

As long as people keep buying Madden, Call of Duty or Final Fantasy, they’re still going to make them. Working on a sequel also means that much of the initial development is already done; unless you are working on a brand new engine.  At this point, it’s about improving on the initial concept and refining it to the best that it can be.

Despite that, most indie developers we’ve seen tend to only work on a concept once before moving onto something else.

Indie development is a lot of different compared to working at a major studio. You don’t have dozens of employees and millions of dollars on the line with your game. Instead, you’re free to develop your game however you want and can work on it for as long as you have money.

Because of this, Indies usually get everything they want out of a title on the initial pass. While they may spend longer working on a game, there’s rarely anything left on the cutting room floor for later. 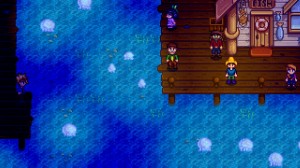 If the developer wants to keep working on a game, it will usually be in the form of DLC or expansions like with Klei or Arcen Games’ case. Even then, expansions tend to radically change the game more so compared to AAA titles that simply go for quantity.

Renowned Explorers’ expansion added in an entirely new system to the game along with more content to play.

Spending so much time on a single game concept also means that the developer may also get burnt out on the design, and would want to work on something else. This can be especially true for developers who go the complete crowdfunding, early access and then release route, as there is much more work there.

With everything that goes into one game, it can leave the developer with no avenue for a sequel, and our next point.

While sequels are when the developer is free to grow their game design, it’s also when there is more pressure put on them to deliver. No one wants to play the exact same game again; they want new things. The amount of work and creativity that goes into each Mario game is a testament to that: With each game featuring completely unique level designs.

That demand for more increases with every new sequel to a game. One of the problems we see in the AAA space is when game series just burn out, as there’s nothing left to design. This is why it’s very rare to see developers with multi-game plans to their designs, as they won’t know if they have it in them. Bioware deserves a lot of credit for not only adhering to, but completing the Mass Effect trilogy, and is wisely starting over with the next Mass Effect. 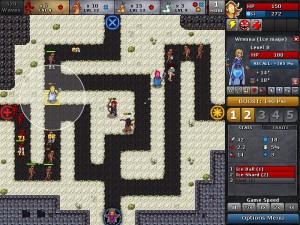 Sometimes, a sequel can work if the developer wants to go big with their original idea

In the Indie space, that demand for more is something most Indies don’t want to deal with. Again, when you put 100% of your effort and design into your first game, do you really want to do it all again with the same idea?

Now there are exceptions to this, Defender’s Quest 2 is the developer’s chance to take all the ideas and growth they left out and add it in.

The classic adage: “If it ain’t broke, don’t fix it,” can apply here as well. There’s always the risk when you design a sequel that you change it too much from the original concept. Instead of attracting new people to your series, you alienate your original fans, which was part of the case with Trine 3 from last year.

The developers moved the series into 3D and tried to go bigger, but ended up with a game that was viewed as less than the sum of its parts by their fans.

There’s a very fine line between growing a game with new mechanics, and changing it into something else. Given the risk of being an Indie developer, you don’t want to take your profit and goodwill from your first idea and risk it on doubling down. This is why DLC is so popular as a form of expansion. It gives the developer the chance to add in those ideas they left off the original game without having to fully commit to another full-fledged title.

Our final point is another major part of not just being an Indie developer, but being in the Game Industry.

Standing out in the Game Industry has become more and more important over the last decade. With the rise of the Indie market, it’s important for developers and studios to stand out from their peers. The best way to stand out is to create a brand that defines your studio.

That brand can mean different things: Could be related to gameplay, art style, design philosophy, etc. We can see this in several of the major Indie studios over the last few years.

Klei Entertainment has become known for stylized looking games with unique gameplay. Frictional is known for focusing on storytelling, Team Meat: Unique/disturbing visuals and so on. The point is that someone can look at a game and know immediately what studio made it. 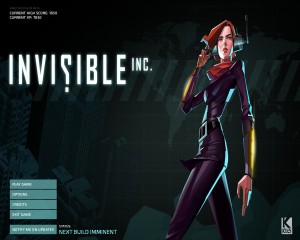 Another part of being a brand is not slowing down or going backwards. Developers want to avoid being known as a studio that just makes one kind of game; they want to keep growing.

Doublefine is such a studio, with each one of their games being a different genre, different aesthetics and different game design.

Going back to the second point, it’s hard to grow yourself as a brand if you just keep making the same game. You’re diluting the original concept without having another game to fall back on. You don’t want to risk hurting your original game’s sales by working on sequels

The Indie Market is a major area of creativity in the Game Industry, and where a lot of developers go to not have to deal with the constraints of AAA development. While there are of course misses, the games that rise to the top are some of the most imaginative and thought provoking games around. And when you have something so unique, it’s very hard to then say, “Is there anything more we can do with it?”

With that said, just as there is risk with putting out sequels, it’s risky to essentially start from scratch with every new game project. Not every Indie studio can make it work, but that’s a topic for another post.