Over the last decade we have seen an interesting change in action and multiplayer-based designs with the adoption of RPG systems and progression. From the likes of Borderlands, Dark Souls, Call of Duty and many more, the RPG influence has had a profound impact on game design and progression. With that said however, it’s not the magic solution to good design and can do harm to a game’s long term viability if not kept in check.

There are two main forms of progression in video games: The player growing at the game, and the abstraction of growth with the in-game character. If we were to place both on a spectrum, the player side would include action games like Devil May Cry or God of War, and the abstracted side would feature RPGs like Baldur’s Gate, Final Fantasy and so on.

Player-based growth has a hard limit depending on the person, and if they can’t reach the level required for beating the game, then they’re not going to be able. The beauty of character abstracted progression is that it can act as a crutch and help someone who doesn’t have the skill needed to win.

Playing a game like Dark Souls for instance, while skill is required, you can make up for it to some extent with enough levels and upgraded gear. Being able to boost the player’s ability with the scaling power curve of abstracted progression is a great motivator. The reason is that the player sees how things are improving and wants to grow.

Games like Borderlands and Destiny showed how motivating it can be to the skill-based genre of FPS to have an RPG layer on top of that.

But with that said there is another big reason why we have seen more games adopt RPG systems, and it has to do with money.

This decade has seen the rise of Games as a Service being the standard for many games to reach. Destiny, Payday 2, Warframe, Call of Duty, and many more made it their mission to not just be a six month experience, but something that could be played for years (or until the next game like in Call of Duty’s case).

In order to keep someone playing, there has to be a meaningful carrot on the stick to hook players, and power is one of them. Each one of the games mentioned above features RPG-based equipment to make the player feel more powerful as they keep playing.

In some cases the player is just finding new gear to supplement their ability; other cases go for the full RPG package of leveling up their character.

By constantly raising the power cap, designers create an experience that keeps going with the allure of shinier loot and higher numbers. And for players who reach the end game or level cap, the search for more loot may go to their wallets.

Depending on the game and design, there are several (and easy) ways to add microtransactions and monetization to your game. You can lock weapons behind a pay wall/DLC, insert loot boxes, and so on. If the game becomes competitive enough, this can create virtual arms races to see who can become the top dog in the game first. Of course you still need to give the player a reason to use all that new shiny loot. 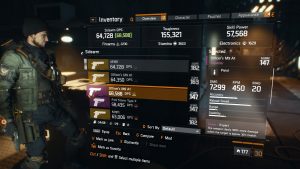 Despite this becoming a popular strategy, just adding in a RPG layer doesn’t automatically make your game better, and there are some major considerations and balance issues to discuss.

Whenever your game tries to combine player and abstracted-based progression, you are creating a battle between two polarized forces.

No matter how good you are at design, it’s almost impossible to get things 50-50. For RPG fans, it can be daunting to try and play skill-based titles. And for action fans, the concept that abstracted, not skill, determines whether they win or lose can be a tough sell.

Playing games like Borderland and the Division, it became frustrating at the higher levels to know that it didn’t matter how good I was at the game when enemies were just shrugging off my shots due to low level gear.

If your game features random or procedural generated gear, you are adding another spinning plate to balance. There will be players who get the best gear and blaze through your game, just as there will be people who despite being good at the game are not getting the gear they need.

That last point can be a killer for games that go for difficulty spikes at the end-game; when all of a sudden enemies are just beating you for no other reason than numbers. Many action and open-world games go the lazy route of a generic upgrade system that simply holds you back until you spent enough hours grinding away for stat increases. 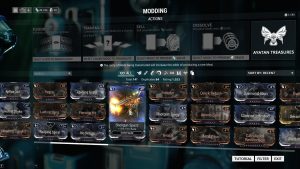 The more RPG elements in a game, the less impact skill has on progress

From a narrative standpoint, these systems represent some of the best/worst examples of ludonarrative dissonance in games. Can someone please tell me narrative-wise how two pistols that are exactly the same have different damage values due to rarity?

The use of progression-based systems in action games has been one of the biggest design trends of this decade. When it works, it can create an engaging feedback loop of gameplay – progression – power that’s hard to top.

Unfortunately many designers and publishers use this as an excuse to ignore creating meaningful and interesting game systems. This year alone with games like Battlefront 2, Call of Duty 2, and on the single player side with games like Horizon Zero Dawn show how generic this design has become.

Just slapping numbers onto equipment or having a skill tree doesn’t make your game an RPG. Grim Dawn for instance featured an extensive skill tree system and gear varieties to help each play feel different. The worst offenders of using this design think that higher numbers make everything better.

Without meaningful growth or choices, the player is forced to play a numbers game when they want to play an action game. RPG systems are not a magical cure-all that makes your game deeper or more interesting by just adding them in wherever; it takes balance and foresight to create an engaging model for players to enjoy.