If you’ve ever played any difficult video games such as X-Com, Spelunky, Dwarf Fortress and so on, you’ve probably heard the phrase “losing is fun” to describe them. Losing is fun means that the game’s design is meant to be overcome and a challenge to be conquered.

Personally, I hate when people use it as a defense of game design as it is more often than not used as a catch all for any kind of discussion on difficulty and design. Losing is fun can work, but in my opinion there is a very narrow margin of where it is acceptable design.

To talk about game difficulty, we first need to talk briefly about the two kinds of progression in game design. Player progression refers to the player improving their knowledge and skill at a game. While character progression is about anything in-game that affects the player’s chance at success: Leveling up, items and so on.

What that means is that both forms of progression have a different feeling when it comes to failure. Failing at a skill based game means that you as the player haven’t reached the skill level needed to win and the problem is on your end. While failing at a character based game means that things outside of the player’s control were the reasons for their demise. Maybe they didn’t buy a strong enough weapon, or the random number generator during combat gave the enemy a critical hit. 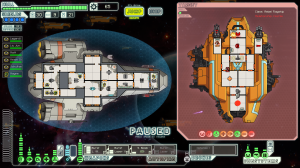 Games built around roguelike elements are all about making the player work for victory, with a little luck thrown in there.

The amount of control the player has over their success is a big factor when it comes to if a game is frustrating or not to lose at and where losing is fun is difficult to fine tune.

The Right Kind of Punishment:

Replayability is an important concept when it comes to game design and is a major component of difficult games or those where the player has to restart constantly. If your game is all about starting back at 0 each time, then the game needs to be very replayable.

In my opinion, for losing is fun to be correct, the game’s progression has to be on either extreme of progression.

In a skill based game like Spelunky or even those with light RPG elements such as Demon’s Souls, the player is the determining factor of whether they win or lose.

Failing in a game like Spelunky is OK as it always gives you a lesson to learn or something to make use of for the next time.

With character progression or strong randomized elements, like The Binding of Isaac or Dungeons of Dredmor. There is enough variability to the design that you don’t have enough control to win or lose that it’s not completely on you if you fail. Maybe an enemy got a lucky hit or you couldn’t find any powerful upgrades to win.

Depending on which case, either failure is controlled by the player’s actions or it’s completely out of their hands. This in my opinion is where losing is fun works as it means that either the player needs to get better or you just need to roll the die again and see what happens. 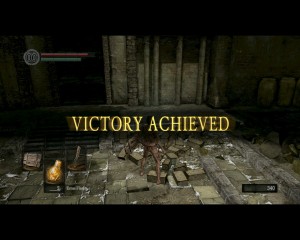 Winning a game like Dark Souls is more about player mastery over character progression.

Ultimately there is one main detail of replayability that must be involved in a game for “losing is fun” to work: there must be some form of growth earned through each play.

The game must never reach a state where the game falls into a routine and there is nothing for the player to continue learning from.

Growth can be skill based IE: Player learns through trial and error the right way to beat a boss. Or character based: After experimenting with enough different builds, the player finds one that they like. When a game just becomes a grind to play, then “losing is fun” no longer works in my opinion.

My case in point and the reason for writing this post has to do with X-Com Enemy Unknown (and recently the expansion — Enemy Within).

I’ve heard people reference Enemy Unknown due to the choices and squishiness of characters as where losing can be fun, as it’s all about fighting an uphill battle. My problem with Enemy Unknown is that I’ve reached a point trying to play through on classic ironman where the game’s balance of character and skill based progression has become stagnant. 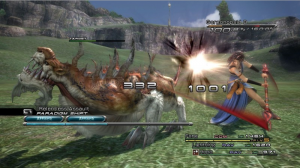 While RPGs like Final Fantasy 13 are more about character progression and abstraction dictating success or failure.

Due to the game’s cover system and randomness of enemy damage, the tactical side of the game or where skill is rewarded is too random for me to learn anything from.

While on the strategic side or character progression, I know what I need to do but not being able to rely on my skill during the tactical section, has a huge affect on progressing through the campaign.

As I mentioned in my analysis of Enemy Within, the feedback loop of the game is very polarizing, that if you start to fall behind at any point, it becomes very hard to recover. I know the right build order to go for in terms of base building and research progression to have a chance at winning on classic. But if I can’t get characters to be promoted quickly enough, or unlock the right researches, than I won’t be able to survive past the second month.

So my games either stall before the end of month two, or I get several months down the line and then win or fail based on my strategies and luck.

To give you an example, there are times where there is nothing more I could have done to save my characters and I lose an entire group due to the game’s randomness and therefore the game.

If your game is about promoting skill based progression, then the player’s skill needs to have enough impact on the gameplay. On the other hand, if your game is all about character progression and randomization, than the game must be so random that there isn’t any one way that wins every time. 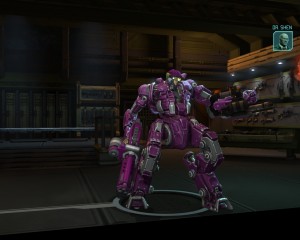 Enemy Within’s new research options add more choices to the early game and can give you a major advantage early on if used properly.

“Losing is Fun” is a phrase that I hate to hear, as more often than not, it’s used to shield games with design issues from criticism.

If playing the game is a frustrating experience, then I don’t care how much fun losing is.

This is why games that are balanced around constant lost are either some of the best designed titles out there or horrible.

As the balance has to be perfect to keep the player invested in a game where progress is earned and not given.