2014 seems to be the year of the growing discussion of women and misogyny in the Game Industry. And between the recent scandal and the continuing amount of hatred thrown at Anita Sarkessian and other personalities, it doesn’t look like things are quieting down anytime soon as many people felt that last week was one of the worse the Game Industry had in terms of these issues.

This gives me the opportunity to do another Game Industry myths post sooner rather than later, focusing on the myths surrounding some of these controversies.

Before we get started, I figure that considering what we’re going to talk about, that I should lay out some ground rules for the comments. I will not tolerate any misogynistic, vitriol or profanity laded comments. Agree or disagree, if you can’t present yourself in an intelligent manner your comment will be deleted, case closed.

There are two parts to this myth starting with the fact that just because you didn’t personally see it, doesn’t mean it doesn’t exist. I’ve heard enough horror stories from women I know in the Game Industry or play games that there is misogyny going on.

And I say that as an example of this myth. In over 25 years of playing video games, I have never been a part of a game, server, lobby etc, where women were being mistreated or talked down to. Could it be the games I’ve played, the people I’m with or pure luck? Maybe. But that doesn’t magically clear the hundreds of examples that are coming to light and almost posted daily of women having to deal with this crap.

The second part of this myth is that it’s the fault of the women playing on public servers and that they should stick to private lobbies to avoid this kind of stuff. First off, corralling an entire gender is not a solution to any problem and to even think that should be how things work is crazy. 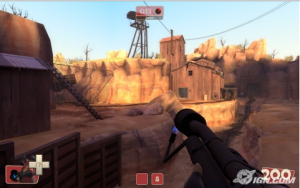 Public servers for online games should be the safest places and where any moderated rules be enforced.

And the public space of any game should be the safest part of any game experience as this is where the majority of your user base is going to be. So many people simply use a quick search to start playing a game as opposed to hunting down servers.

If we’re going to limit people to playing in certain groups/servers, then let the people who are the most vitriol, misogynistic  and otherwise trolling people stay in their own private servers where they can’t do harm to a game’s reputation.

2. X is going to ruin the Game Industry with their thoughts/opinions:

The last two years have brought a number of members and critics of the Game Industry to what appears to be the spotlight in front of everyone. And it seems like more and more people are holding up these people as some sort of idol or devil that will either save us all or destroy everything there is about video games.

Again there are two parts of this myth and I’m going to start with the Internet celebrities/internet famous. This may be a harsh truth for some of you out there, but the likes of Total Biscuit, Yahtzee, Anita Sarkessian, Zoe Quinn and anyone else you think is a major player or controlling force in the Game Industry because you saw them online is not in the grand scheme of things.

They may be big names for you and your friends to either love or hate, but when it comes to the running of the Industry, they don’t register as a blip. The Game Industry is simply not built around a cult of personalities as the movie, music and TV industries are that have a major say or a group designed to run things.

I would be hard press to believe that even 50% of the people who play video games even know who Gabe Newell or Phil Spencer and anyone else who actually works as the head of a major studio. With possible exception to Nintendo due to how long they’ve been around. 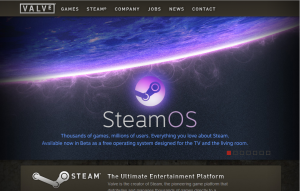 Despite Steam’s popularity, I doubt most people know the major players at Valve.

It’s a very interesting discussion about how there are so few people who we could call “famous” in the Game Industry. Again this goes back to the fact that we are a decentralized industry with no real leadership but that’s a topic that’s too big for this piece.

The majority of people only associate companies to the Game Industry and there is still a # of gamers who don’t even follow the Indie market.

And it’s this gap between Indie and general that causes this dissonance. The Indie market which is where the enthusiasts are at, are heavily promoting these people as big deals, but the larger general market doesn’t know or care. This also means that major changes to Game Industry philosophies regarding any matter are going to be a slow process.

As a quick aside, this also has to do with this whole recent push to eliminate the word “gamer” as a description of our audience. Again, it may sound like a big deal to the Indie market and sites making opinion pieces about it, but by and large it’s a non issue to the majority of people again because of decentralization and something I may come back to in another piece.

And the second part of this myth has to do with people thinking that women/men in general have a goal to specifically prevent the other side from playing video games. Again, this goes back to the larger more generalized market, the vast amount of people just want to enjoy games and aren’t out to stop either group.

There are however more examples of male groups who are targeting women in relation to the Game Industry which is where these controversies are coming from. Again this is a case where a very vocal minority is trying to represent the majority. But it does take us to the third and most disturbing myth I’m going to talk about today.

3. “Because they said X, they deserve to be attacked:”

Perhaps the most reprehensible thing I keep hearing is how people may or may not agree with the person, but still feel that they deserve whatever “punishment” the Internet community wishes to dole out. Whether that is harassing emails, posting private information, threats, hacks and more.

This is simply wrong and I’m really surprised that so many members of video game community seem to believe this as a truth. Why so many people are quick to jump to these attacks and why our industry seems to have the bulk of them is too big a discussion for this piece.

Let me cut to the chase and say that it’s not right, no matter what the situation may be. I don’t care if you disagree with what Anita Sarkessian is saying about video games, Phil Fish’s thoughts on the industry or anyone else who shares an opinion, none of that justifies what they have gone through over the last two years. And saying that” they should have had a thicker skin” is not a valid reason either. 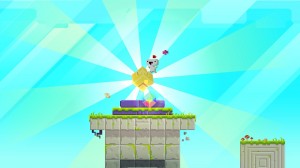 Despite your thoughts on Fez or Phil Fish, nothing he said or did warranted such abuse.

What’s interesting and sad is that Anita has been putting up videos critiquing various industries for years now, but it wasn’t until she talked about video games that these attacks appeared and with such force.

The sheer number of videos, sites, articles and threats against her exploded with the Tropes vs. Women kickstarter.

I know people will bring up the first amendment saying that they’re within their right to say whatever they want. However there is a big difference between saying that you disagree because of so and so, and sending threats about how you’re going to go to their house and kill them or post their banking info and physical address.

I have a simple philosophy that I’ve used over the years: Never say anything online that I wouldn’t be comfortable saying to someone’s face and I feel that a lot of people should start abiding by that.

At this point, it’s only a matter of time before the authorities will treat internet threat and harassment as bad as the offline versions and I hope that people will start to wise up by then.

I’m surprised and yet not so much at the idea that people are still holding onto these prejudices and conspiracy theories regarding women in the Game Industry. Sadly as I mentioned further up, because of how slow we are at making big philosophical changes, I doubt things are going to magically get better in the next few months. 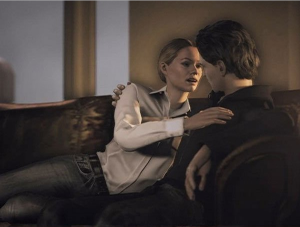 Things are slowly getting better in regards to misogyny, but we have a long way to go.

I still find it funny in a sad way that Ernest Adams who has been a part of the industry for over 20 years first talked about how we should be more mature regarding women in the Game Industry 14 years ago and we’re still moving at a snail’s pace.

Like with most call to actions for the Game Industry, I do feel that this will be a bottom-up situation. Where we will have to see change and movement from the Indie sector before anything will happen in the AAA and AA industry.

Regardless, holding on to the notion that the three myths talked about today are true is wrong and hopefully we’re just at the metaphorical “pulling the band-aid off” stage of things. I don’t know how soon things will get better, but I’m not sure things can get any worse.

The Art of Game Sales

Pricing Stories or the Narrative Debate